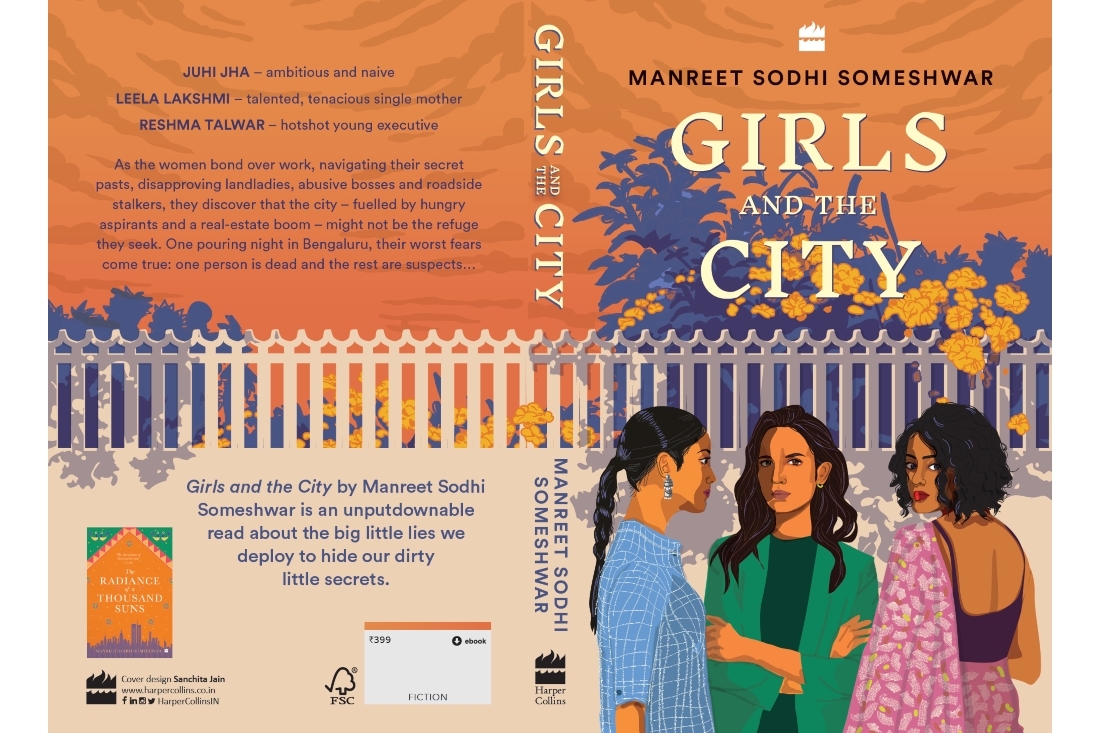 The city is Bengaluru, one person is dead and three women are entangled in the murder. As the plot unfolds, the lies come to the fore, and the secrets they were used to hide unravel. Manreet Sodhi Someshwar’s Girls and the City is a women-centric murder mystery, the kind which is unputdownable and thoroughly riveting. While the premise of the story might seem simple, the themes that run beneath it are complex. The narrative, rather cleverly to Manreet’s authorial merit, deconstructs how patriarchy operates in our contemporary and urban reality, propagating misogyny and oppression. These concerns become more and more dangerous when notions of sexual assault and harassment come to light. They signify the systemic roots of gender based violence and the importance of the #metoo movement. As ambitions of women change and their urge to subvert the pre-existing gender power dynamic in society heightens, the ugliness of years and years of suppression, and the tools used for them, become increasingly recognisable. Manreet alerts us of these issues by using her masterfully constructed characters, against the backdrop of a modern city like Bengaluru.

When we connected with Manreet, she asserted that her new book is ‘a definitive #metoo novel.’ In conversation with her below.

What led you towards the world of writing?
Writing snuck upon me in the guise of a tai tai, a Chinese colloquial term for a woman of leisure. Perched atop a Singapore high-rise, at the turn of the millennium, I was to take a sabbatical from the life of a corporate road warrior and indulge in some ‘me’ time. On my way to realising this barmy prospect in sunny Singapore, I collided with the plains of Punjab. Rather, its fields, that grew mustard and wheat and rice and, for a period in the eighties, militants. This made my little town on the Indo-Pak border a militant hotbed, and images started to swim up, of a time that I had left behind, or so I thought...

I tried to resist. After all, I was jobless by choice, unburdened by motherhood, ready to explore a shiny first-world city! But the neat white Ikea table in my newly-set-up study drew me in repeatedly. There I’d sit after my husband left for office, with my second cup of tea, and memories that rose unbidden, like the fragrance of the night-blooming jasmine in the garden of our home in Ferozepur. All right, I determined, I would offload those memories onto my PC and be done with them. I was naive. One memory led to another, then another, a labyrinth opening up for me to wade in. That period of my life came back to me with the kind of high-fidelity reproduction enthusiasts wax about. To make sense of those memories I started asking questions. My research took me back in time and it was the national library, not any salon, that became my haunt. Seven years later, I had a book, my first — The Long Walk Home.

Which authors and books were your early formative influences?
I read widely as a child, Enid Blyton being the holy grail writer. But it was when I first encountered Shakespeare and Dickens — my eldest sister would read aloud passages from Julius Caesar and Great Expectations, two prescribed texts — that I was enchanted by the power of language. Khushwant Singh’s Train to Pakistan is the book that taught me more history than all my assorted history books put together. Ghalib is another writer whose poetry is my fount. And Gulzar Saab, whose lyrics, films and poetry have inspired me since I first encountered them while watching a late-night show of Mausam at the age of eight. (Not age appropriate, perhaps, but it converted me to read and see beyond my years — some gift!) I feel immensely grateful that Gulzar saab liked The Radiance of a Thousand Suns enough to give it his generous blurb — ‘To see the manuscript of history, live and happening … one must read Manreet’s novel.’ The writers I admire are too many to list but foremost amongst them are Toni Morrison, John Steinbeck, Margaret Atwood, Krishna Sobti, Amrita Pritam, Hillary Mantel, Gabriel Garcia Marquez, Anita Desai, George Eliot, Ruth Prawer Jhabvala, Kristin Hannah, Leila Slimani, Kamila Shamsie…

How was your new book, Girls and the City conceived?
Set in Bengaluru, Girls and the City is a story of female friendships centred on a murder mystery. A whodunit, that’s more of a who-was-it-done-to? I started writing this novel amidst the #metoo movement, as I wanted to explore the dynamics between sex and power. As a society, we are reluctant to discuss sexual assault and harassment. I saw Girls and the City as a way to reignite that conversation. It explores how women navigate everyday misogyny using wit, grit and tenacity. It is a definitive #metoo novel.

What was your creative process like behind writing the book?
This is my sixth book and my creative process remains much the same. I read widely, indiscriminately, regularly. I write historical fiction as well and so can be found with my nose buried within tomes all the time. Since I write across genres, I follow every big book — which needs a lot of historical research — with a more contemporary book. Girls and the City was born amidst the raging #metoo campaign of 2018 and I rode that tide because there was so much that was relevant and urgent. I begin writing a book only when the compulsion to write it is stronger than not writing it.

The city is an important aspect of the book. Why did you choose to contextualise your work in the topography of Bengaluru?
Yes, the city is a character in the novel. I wanted a big city that is growing rapidly, and to which young people are drawn because of work opportunities. Bengaluru fit the bill. It is the Silicon Valley of India and yet has the beating heart of small towns in its varied localities. Also, Namma Bengaluru is where my in-laws live. I’ve been visiting the city regularly for the last 25-odd years and have seen it change and grow. I wanted to capture some of that change in my novel. Indeed, Girls and the City is part-dedicated to this lovely vibrant city. 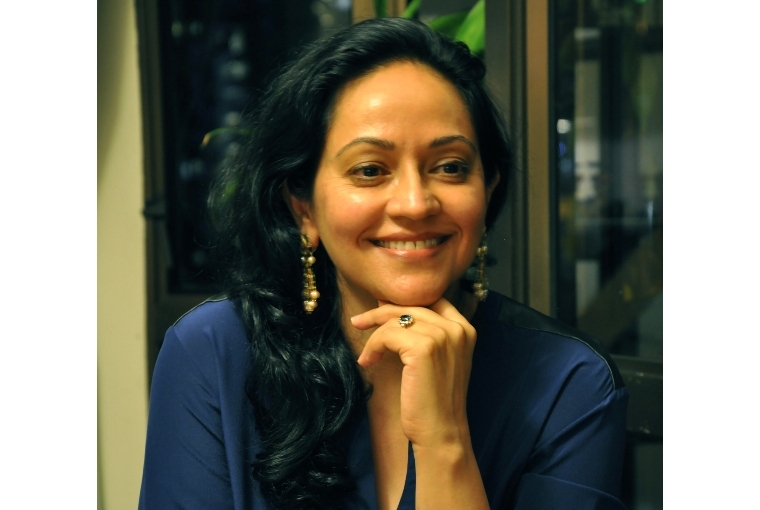 What was the most challenging part about penning down this book?
My fifth book, The Radiance of a Thousand Suns, is an exploration of the seventy-year history of independent India from the female gaze. It explores the impossible choices women are forced to make in the face of violence, the ties that connect them across ages, and the secrets they store. History is often seen as ‘his’ story where the players on stage are men whilst women’s stories are equally heroic, if not more. With Girls and the City, I continue the theme of women but cast it in contemporary times, and tell the narrative through three young urban working women. The two novels are radically different in treatment but share the same beating heart.

The challenge I set myself was how to talk about patriarchy without drawing overt attention to it, how to fold it within the stories of the young women as they lived their lives in Bengaluru and navigated landladies, bosses, stalkers, et cetera. Which is why I use a murder mystery around which the story unravels. It took me some time figuring the motivations of each of the three women. Once I’d figured those, I was able to write from the distinct point of view of Leela, a single mother; Reshma, a hotshot executive, and Juhi, a small town girl who wants to make it big in a metropolis.

What do you hope the readers take away from this story?
I want people to read the book and enjoy it thoroughly, the travails of three young women caught up in a murder! I hope they find it engaging enough to talk about it with their friends. I hope they pick up on the themes underlying the narrative and chat about those. I also hope the novel helps readers see how patriarchy works in countless ways in our daily lives, be it a woman seeking accommodation, a single mother applying to schools for her child, a corporate executive working late hours. I hope we can reignite the conversations around #metoo and get women and men talking about the casual misogyny and violence against women that is entrenched in our system. I would like boys and men to read Girls and the City as well to better understand the experiences of the women in their lives.

How have you been coping with the pandemic and what will be the new normal for you post it?
The pandemic is now the new normal. We have to find a way to manage our lives even as we evolve a healthier relationship with other species who share this earth with us. How we conduct our daily lives on an ongoing basis will impact how many more pandemics will be unleashed, or not. A writer’s life is a solitary one. The pandemic has been rather productive for me as I have continued work on my ongoing writing projects. Besides which, I cook, read, listen to ghazals, even as a part of my brain keeps cooking up new book ideas!

Lastly, what are you working on next?
I am working on a trilogy of books set around the 1947 partition of the subcontinent.