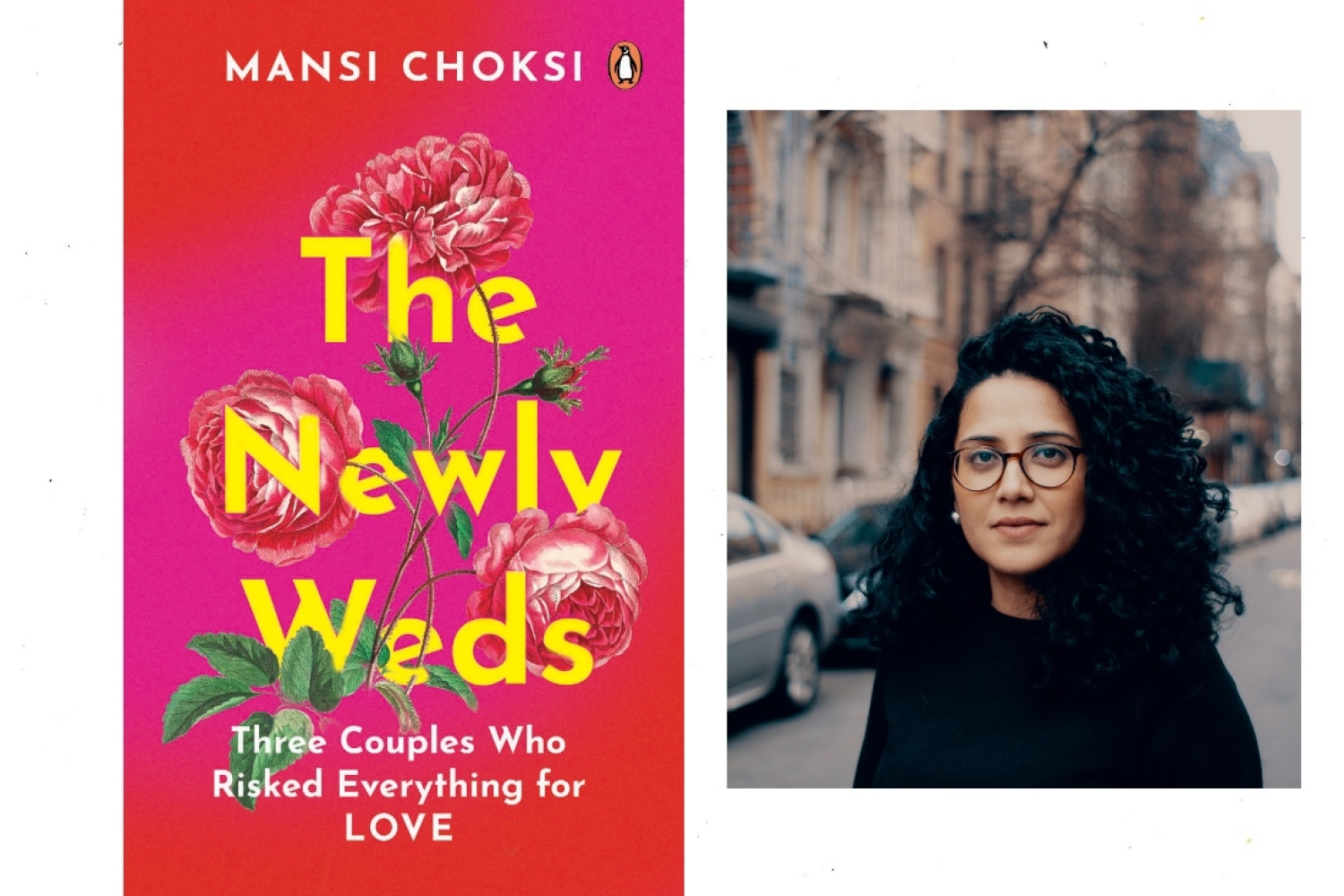 “In 2007, I started my career as a reporter for the Times of India in Mumbai where I covered shipping, crime, gender and environment. In 2012, I received the Fulbright Fellowship to attend Columbia University’s Graduate School of Journalism. When I returned to India in 2013, I pivoted toward long-form writing,” ultimately leading Mansi Choksi to write her upcoming debut book, The Newlyweds. The book pulls spotlight on three couples, each uniquely marginalised within the backdrop of our current Indiansociety that is deeply patriarchal and heteronormative, yet choosing to love despite all odds.

While we constantly hear rallying cries of an India that is championing development and modernity, much of our reality remains rooted in oppressive bigotry regarding various facets like religion, gender roles, sexuality and caste. Mansi Choksi’s The Newlyweds probes perceptively into this socio-political reality while examining the transgressive notion of love amidst its all. She tells us more about the book and its creation below:

THE BOOK
I wanted to write a book that dwells in the afterlife of the kind of love stories we consume in pop-culture and uses that space to investigate the larger forces that make us who we really are. At its core, The Newlyweds explores the difficult issues shaping our country — religious bigotry, casteism, homophobia and patriarchy — using the vehicle of the love story.

THE CREATION
My process is to record everything on tape, photos and videos to enrich the writing with real details. I tried to draw on the love stories we consume in pop-culture, especially Hindi movies and daily soaps, and use that framework to explore larger questions. Also, my parents married without the permission of their families and their marriagecrumbled over eleven years. Shortly after I was born, my father died. I grew up in a home where the question of “was it worth it?” loomed over us constantly. I wrote most of this book in the weeks and months after giving birth. I taught myself to write late at night, early at dawn, in fifteen-minute instalments, in the waiting rooms of doctors, while feeding, diapering, cooking and cleaning.

THE HOPE
My hope for this book is that it ultimately not just be a reflection on how young love forms and falls apart but a portrayal of India as a society in transition. What does grand love look like when it is reassigned into the smallness of daily life which is shaped by religious bigotry, homophobia, casteism and income inequality?

This article is an all exclusive from our August EZ. To read more such articles, follow the link here.