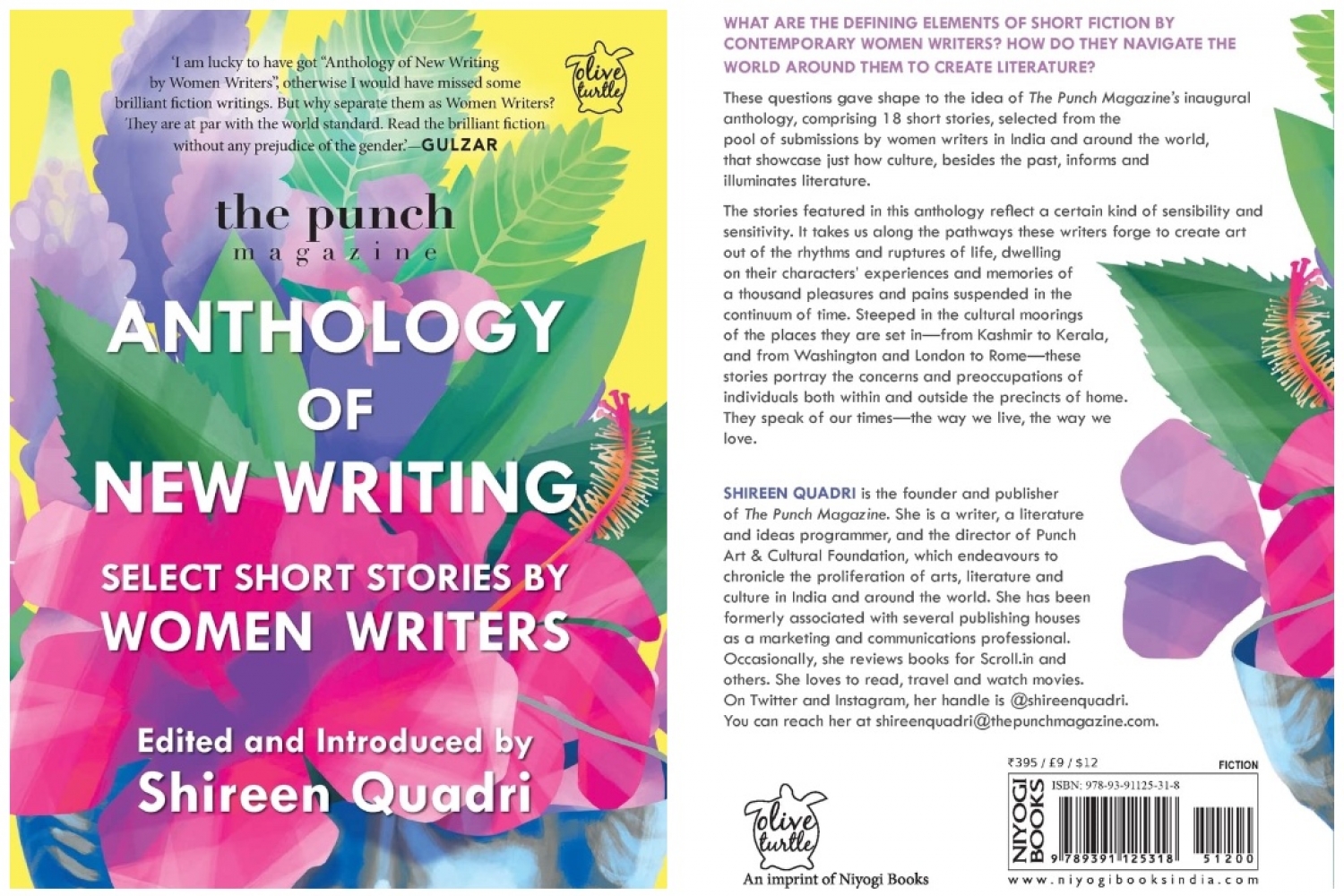 The Punch Magazine Anthology of New Writing, edited and introduced by Shireen Quadri, the founder and publisher of Punch Magazine, brings together an eclectic set of short stories by women writers from across the world. In the introduction, she writes, 'If the pandemic separated us, reading stories brought us closer, binding us together in a shared personal and intellectual chord.’ When the pandemic struck, for those of us who had the privilege, reading indeed became a way of coping — I found myself engaging with my friends more about the nuances of the books we were reading, one of my professors started a bookstagram account with her partner, and my brother, who hardly ever read fiction, started dabbling with the genre, short stories being his go-to texts. Therefore, when Shireen writes, 'Neil Gaiman has described a short story as the “ultimate close-up magic trick” that either takes us around the universe or breaks our heart in a couple of thousand words,’ she’s speaking for all of us. The stories in the anthology plunge us into unfamiliar, exciting and unnerving worlds, eventually bringing our gazes closer home after wandering around the world. The anthology truly makes for a fascinating read, juxtaposing new voices with the established ones, suspense and dystopia with magical realism and humour.

We connected with the editor to explore the creation of the anthology. Excerpts from the conversation follow:

What does literature mean to you?
Literature, to me, is an avenue to see life in new and ever-changing dimensions, comprehend its complexities and contradictions, and experience its richness and diversity across cultures and civilisations. I read literature to feel the pulse of life and to wander into the exciting worlds imagined by writers. More than escaping the reality, it’s immersion and engagement that interests me; as a reader, I like to be thrust headlong into new worlds. Having studied in a girls’ convent, where there was a great deal of stress on correct grammar while speaking, English literature has been integral to my reading life. It was in school that I got introduced to canonical writing: William Shakespeare, George Bernard Shaw, Charles Dickens, Emily Bronte, Jane Austen, Ernest Hemingway, J.D. Salinger, RK Narayan. My idea of literature, naturally, was shaped by these writers. Later, I discovered the wondrous worlds of other writers, including many from regional literature that was translated into English. So, some of the later influences include: Saadat Hasan Manto, Ismat Chughtai, Qurratulain Hyder, Kamleshwar, M. Mukundan, Krishna Sobti, Naiyar Masud, Kiran Nagarkar, and others. The perennial favourites, in no particular order, include: Alice Munro, Clarice Lispector, Michael Ondaatje, George Saunders, Anton Chekhov, Raymond Carver, William Faulkner, James Joyce, Vladimir Nabokov, and Gabriel Garcia Marquez. 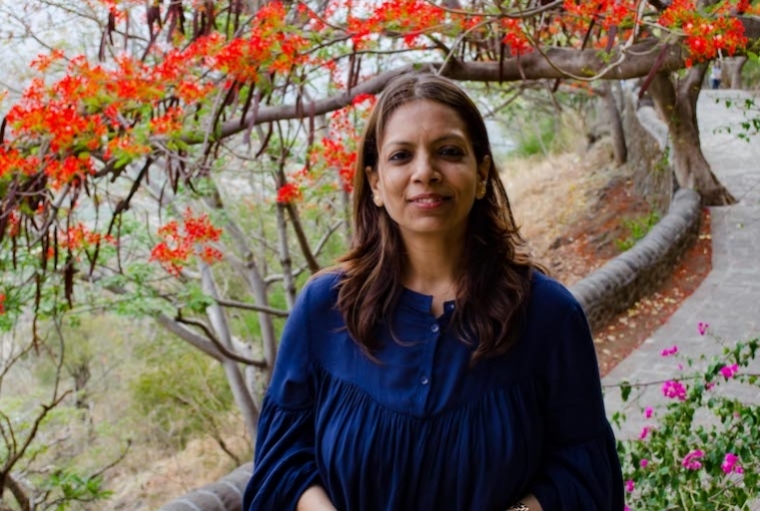 How was the idea for the anthology born?
Initially, the idea was to feature only new voices and aspiring authors who need such platforms the most, but when the submissions came pouring in, we were pleasantly surprised by the content, range, volume and the fact that close to fifty percent of the submissions came from established writers. And it was then that we realised that even prolific writers needed a space to put out their work. There are writers who have written some beautiful stories but have not had the chance to get them published, mostly because of the hassle involved. Non-fiction writers, poets and novelists once in a while write short fiction out of passion or interest or they have a good story sitting in their head for too long that can’t be turned into a novel. So, an anthology is a win-win for both writers and readers. Readers get to read short stories by their favourite authors. And writers get to take a break from their chosen form.

How did these stories make it to the anthology?
In 2019, The Punch Magazine invited short story submissions from writers across the globe. In about three months, we got an overwhelming response, with submissions coming in not just from across India, but also from the UK, the US, Canada, Mexico, Russia and Spain. As for the selection of stories, it was done by an internal jury that was kept confidential. Some anthologies at the international level are brought out like this where the process is kept confidential to avoid the chances of favouritism. It was quite a rigorous process because of the volume of the submissions. The stories were read without revealing the name of the writers in order to keep it totally objective and transparent. And the stories that made it to the final list were stories that were unanimously selected by the team.

Even though thematically disparate, what’s the literary string which ties all the stories, in the collection, together?
Reading these stories, you will get the sense that the narrative voice in each of them has a deep emotional core that could be traced back to the gender of these writers. Stories often spring from our lived experiences. The stories in the anthology are about the women’s experience of the world, their navigation of relationships, and their particular method of conveying — authentically — the complexities of relationships. They bristle with the sensibility and sensitivity women bring to the narratives around love, life, family and the world. In these stories, the eighteen women writers demonstrate not just the tremendous control on their narratives, but also flair with the medium. Though these stories are diverse — there is humour, mystery, drama and suspense — they are all filtered through the vantage prism of a specific gender: woman.

How do you see the writers of these stories — women from across the world — interacting to create a unique literary space through the anthology?
This anthology has a great mix of some prolific international women authors like Helen Harris, Camilla Chester, Tammy Armstrong and Sarah Robertson. Indian authors include some well-known names like Rochelle Potkar, Vineetha Mokkil, Humra Qureshi, Meher Pestonji, Vrinda Baliga and Geetha Nair. Besides, there are some strong fresh voices in the short story genre, like Ameta Bal, Shilpa Raina, Anila SK, Rinita Banerjee and Anjali Doney. There are established writers who have delved into the genre like Latha Anantharaman, Meena Menon and Jayshree Misra Tripathi. There are stories of isolation, unrequited love, college romance, dystopian marriage, familial history, and more. These stories had the power to connect across divides — while the stories are rooted in the places that the writers are based out of, they are universal in their themes. Meher Pestonji’s story, set in an Indian town, could easily be transplanted to a big family mansion in the Mediterranean, whereas Helen Harris’ story, Olya’s Kitchen could very well have been set in an Indian household. They are not foreign to the readers and are very contemporary in their treatment. Working on this anthology during the lockdown made me feel that literature could connect us across borders at a time when we had retreated indoors.

As an editor, what does your creative process look like?
As an editor, I am enchanted by the sharpness and clarity of prose. Writing simple, lucid prose can be the most difficult thing. I like to inhabit the works I edit. Editing is arduous, but also ultimately rewarding since there is learning that comes with every piece you edit. The stories in the anthology are about the universal human condition, but they spring from different cultural landscapes. It’s never done in a single sitting. Sometimes, you keep going back to the same sentence or paragraph, again and again. Because, in a short story, every word matters. They have to carry the intended import and impact that fits well in the larger arch of the story. If there is a word that doesn’t gel well with the tone/voice of the story, it strikes you like a wrong note in a symphony. Noticing such notes becomes second nature with experience. It was also an editorial call to blend established authors with fresh voices to ensure inclusivity as well as variety in content.

What are you working on next?
We are planning to come up with more such anthologies in the future, featuring works that are cutting-edge as well as those that push the envelope. Some creative collaborations with individuals and organisations are in the pipeline. We have recently announced a call for submissions for our next anthology of short stories. The last date is 30th July. It’s open to all. In fact, submissions have started pouring in and this time we are planning to make a formal announcement about the jury.