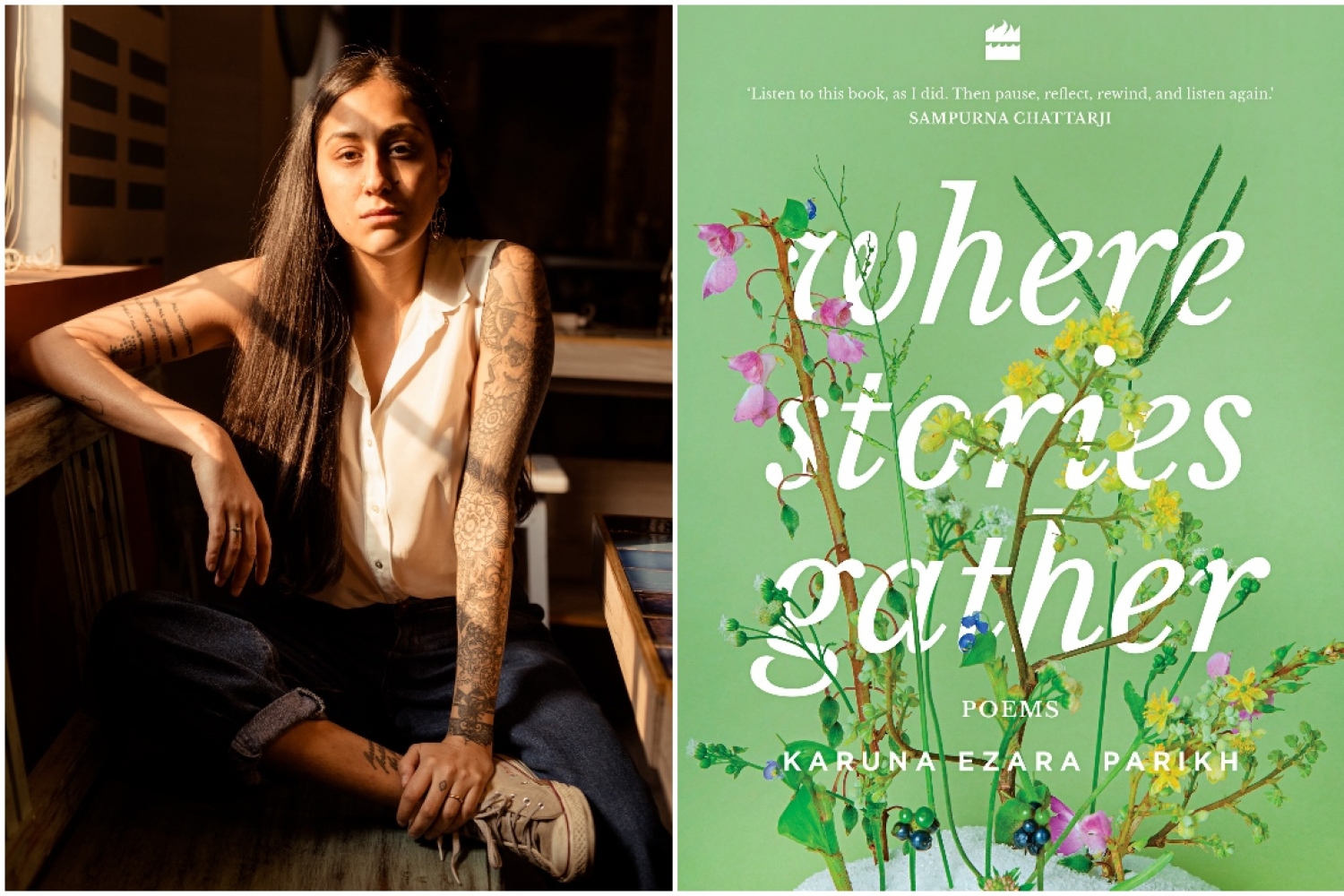 Karuna Ezara Parikh’s poetry is all-engulfing. It is soul-stirring and significant. After existing in the space of the internet for many years now, her poems are now available together in a tangible form, with the recent release of her first volume of poetry, Where Stories Gather. A careful curation of old oeuvre and new poesy, Karuna’s new book is an astounding reflection of the poet’s craft and concerns.

Below, we are in conversation with her about her journey with poetry, the book’s creation and more.

When did you realise poetry’s power?
Though the first glimmers of this power appeared in the form of their sway over me, and what poems could do for and to me, my own poetry’s strength only struck me when the “Paris poem” or “Pray For The World” exploded across the internet in 2015. That twenty odd lines could resonate so immensely with people in some of the most far flung and varied corners of the world, and become an anthem for the voiceless, would serve as a marker for me henceforth. When I look back at my poetry-journey now, time divides quite distinctly into before and after that moment.

What led you towards composing poems yourself?
I’m not sure I have a clear answer to that. I recently found poems I’d written as a little girl when I couldn’t have been six or seven even. What prompts that in a child? An early exposure to it? An obsession with song? With rhyme? I know later on as a teenager I was deeply influenced by music — Bob Dylan, Leonard Cohen et cetera. More recently, I turn to poetry as a way to collect what spills from my heart. To bear witness. To remember, but also, to forget.

After all these years, how would you describe your relationship with poetry today?
We’re old friends but I’ve always been a little in awe of her. These days, I’m learning to hold my own. I am trying to bring honesty to the page — it always makes for a better relationship. I tell her what I don’t like, together, we change the way we can do things. It’s a deep love, we fight, we return to hold each other.

What inspired Where Stories Gather?
My editor at HarperCollins — Swati Daftuar — approached me a few years ago and asked why I wasn’t putting together a book. At that point I dreamed of someday doing so but had no understanding of how to go about it. If it hadn’t been for her, I may have continued writing poems for the online space instead. When I was compiling the work, though we were creating a mix of old and new, I was aware that it needed to represent the poet I am right now, for me to be proud of it (no matter that hat may shift again in a month). This involved a painful immersion into the next logical question — who am I right now? And then to build and rebuild around that.

To read the full interview and an excerpt from the poet's book, view our current EZ here.