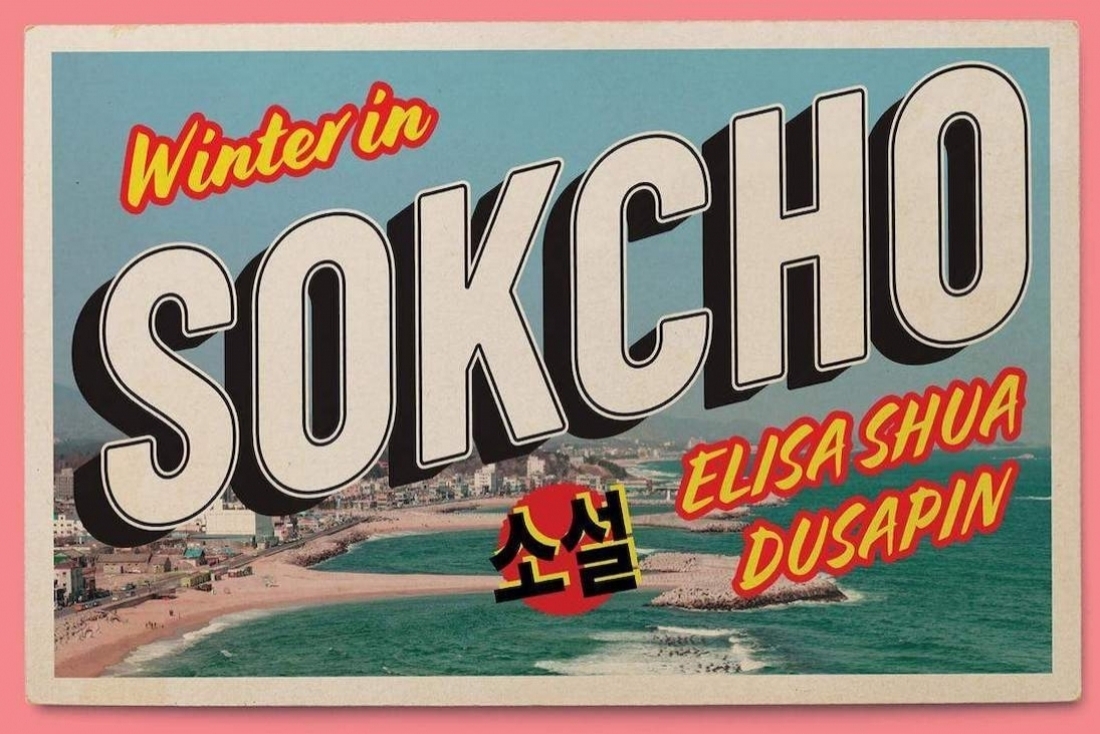 We revisit our review of the book as it is now the winner of National Book Award 2021 for Translated Literature.

‘What brings you to Sokcho in the dead of winter?’
’I needed peace and quiet.'
You’ve come to the right place,’ I laughed.

There are very few books which tend to linger not just in your mind long after you’ve read them, but also in the air around you. They constantly remind you of their existence with every breath you take, leaving you paralysed by their effect and a sense of longing to return to them so intense, that the boundaries between fiction and reality begin to collapse. Elisa Shua Dusapin’s debut book, Winter In Sokcho, is one such book, that took me a mere three hours to read, but its after effects will stay with me for a lifetime. The book was originally written in French and has now been translated and published in English by Daunt Books this year. I find myself lucky to have read this book during the dead of Delhi’s winter and letting it embrace me with its beguiling charm.

There is nothing complicated about the way Elisa writes or the way Aneesa Abbas Higgins has masterfully translated the book. The language is so simple and comforting, paradoxically nuanced yet made of sentences short and succinct, that one might mistake the author’s narrative to be too simplistic. It is, however, viscerally charged and complex, bringing the author’s literary brilliance to fore. "I literally made a film in my head to write this book. I constructed the novel as a series of sequences. I drew storyboards to help me visualise things. I wanted to create something concrete, something visual and sensual, rather than mental and intellectual," tells me Elisa, whose answers to my questions were also `translated by Aneesa Abbas Higgins. The book begins with ‘HE ARRIVED,’ a French comic illustrator named Yan Kerrand in a small and almost rundown guesthouse in the South Korean seaside town of Sokcho. Here, the young Korean woman of 24, whose voice and perspective drives the narrative, is helping the guest house owner, Park, run the place. The author never tells us the name of our narrator, but a few facts that one gathers about her are that her father was a Frenchman who had seduced her mother and vanished about 23 years ago, that she was a university student at Seoul before she came back to her hometown Sokcho, and that she has a rather complex relationship with her mother, her body, and will eventually have, with Kerrand.

The narrator and Kerrand’s relationship essentially propels the story. The ambiguity of their constant back and forth, along with the occasional familiarity of their silences, is deeply fascinating. One could question if the narrator sought the absent French father figure in Kerrand or Kerrand sought the woman he wishes to sketch perfectly, ‘a woman of all time’ as he says, in the narrator. Yet, none of these questions could truly answer and descrube the relationship that develops between the two, that cannot, quite simply, be labelled love, as the narrator also remarks herself. While these two characters are tinged with varied degrees of loneliness, which also percolates into the narrative sometimes, there are fragile moments of warmth within their indescribable bond, a relationship that goes beyond language and culture.

The author also uses this relationship to delve into the psyche of the narrator and her relationship with herself. "I wrote Winter in Sokcho between the ages of 17 and 21, an age when one is particularly sensitive to questions of belonging, of creating a sense of self," reveals Elisa, and these notions are very apparent in the book’s underlying thematic concerns. For instance, the author exceptionally depicts a young woman’s complicated relationship with her body and her mother. The scenes of the narrator stuffing herself with food to manage her feelings, or her mental exhaustion with taking care of her mother even though she could easily move away and make something of herself, capture the the contours of a young woman bogged down by the society she so urgently wants to escape, and her longing to find belonging. 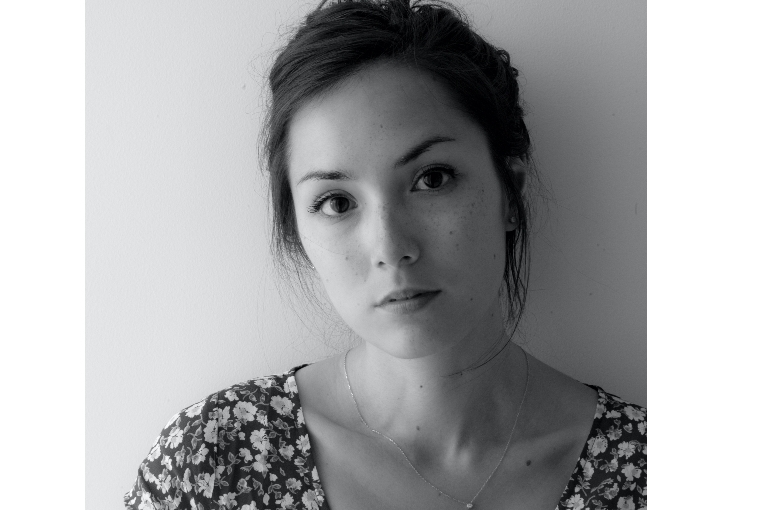 The canvas on which the story comes alive is constantly being sketched in the background, just like Kerrand sketches the last book of his famous series in which the protagonist is a travelling archaeologist, remarked to be very similar to Kerrand himself. The beach scarred by the electric barbed fence because of the North Korean border in vicinity which also reminds you of the scar on the narrator's thigh, the snow melting on the sand, the bright neon lights of the stalls, the vivid colours of the houses hazy because of severe rainfall, the stench of seafood that you can almost smell while reading about octopus and blowfish being prepared and cooked -- you find yourself becoming a part of the winter in Sokcho. In many instances, the narrator reminds Kerrand and the reader that winter in this town was almost lifeless, it was the nearing spring and the beauty of cherry blossoms that truly defined the beauty of this town, but Sockho’s unembellished winter is the atmosphere within which one begins to feel alive and then yearns for as the book progresses and concludes.

The author also makes sure that the reality of modern day South Korea is not lost on the readers. By using just a few lines here and there, Elisa drives attention towards the endless winter that South Koreans themselves are living in, metaphorically, because of the constant threat of attack by North Korea. In other instances, she also shows the rampant use of cosmetic surgery by young Koreans to have a better chance of getting jobs in Seoul, or simply to achieve the ideal beauty standards required for models and idols in the country. "When I was thirteen, I went to South Korea for the first time. It came as a shock to me, a crisis of identity, intensified by seeing the obsession in Korea with perfection, with cosmetic surgery,’ recalls Elisa. In an important critical comment, the narrator somewhere remarks that almost everyone on Korean television now looks the same because of the cosmetic surgeries they’ve had to make it to the screen. She herself has a boyfriend, Junoh, who has moved to Seoul to become a model and is open to having surgery if that’ll help him achieve his dreams, with whom she ultimately decides to break up.

Fiction has the proclivity of privileging story over life. The subtle nuances of moments when nothing much happens in our daily lives are often overlooked, let alone explored very often in fiction. Elisa's debut book is an exercise in exploring these liminal, quiet and prosaic facets of human existence, that are marked by little activity, but end up making us, and our lives, the most. The ending of Winter in Sokcho is, however, its coup de cœur. Its open-ended abstruseness and complete abandonnemnt of a conclusion wills the reader to read it again and again, keep coming back to it again and again, and be amused by it again and again. Elisa asserts that, "My relationship to the stories I tell is instinctive, I don’t intellectualise them at all. When I write, I start with impressions, images, sensations rather than ideas or concepts. Before the end of a novel, I never know what direction it will take, and much of the time, even at the end, I don’t know exactly what is going on: it’s the readers, who help me to see it all more clearly, through their feedback. Their responses are a gift to me."

Told with subtlety and elusiveness, Elisa Shua Dusapin’s Winter In Sokcho is an ethereal masterpiece. Elisa has now finished her third novel, which is coming out in French, in August 2020. "It’s the book that up to this point in my life has meant the most to me. I’m proud of it, I can’t wait, and I’m terrified too!" she says.