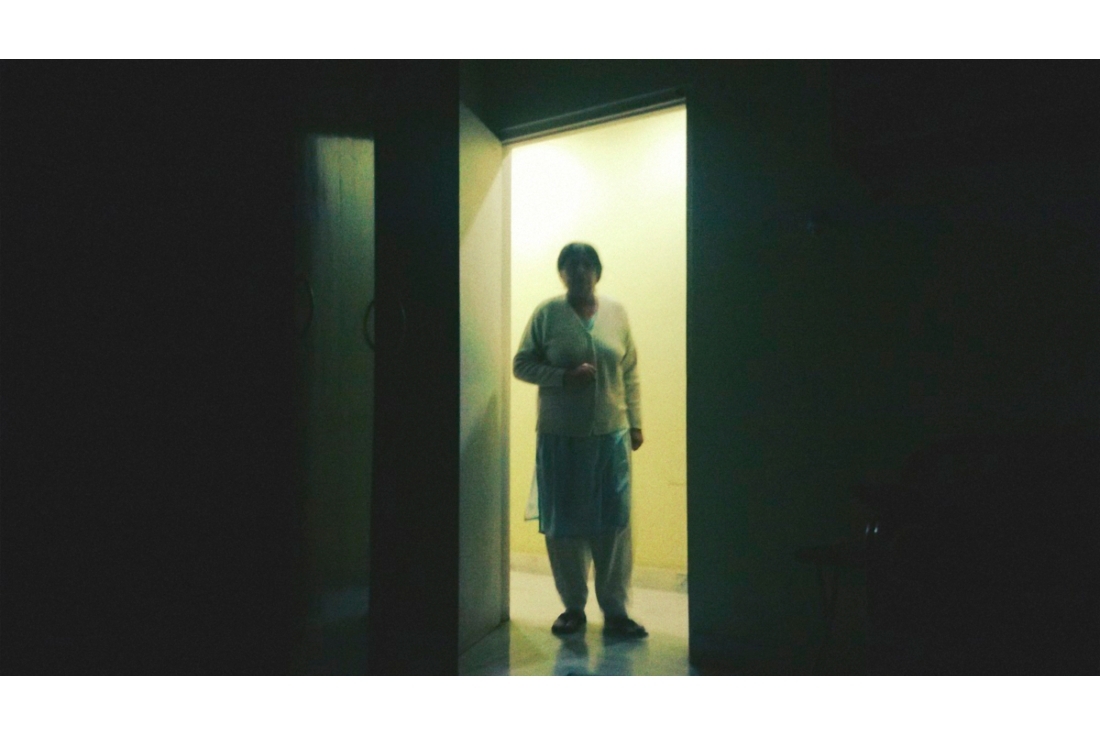 Adil Hasan grew up in Jamshedpur, amidst the industrial landscape embraced by nature. He explores the various means of documentation that photography allows, but always finds himself doing so while being tethered to his city, and the idea of family and home. Like an undisturbed curtain that flutters to the light breeze, his vignettes are a combination of both light filtering in and out of his lens, leaving us with deeply personal and emotional photographs. We explore Adil Hasan’s roots, his artistry and journey.

The Artist
I grew up in a relatively small city, Jamshedpur, owned by the Tatas, and studied in a Jesuit school, before leaving to study economics in Bombay. Jamshedpur was a really idyllic place, and it is only now that I see it as that. I don’t think I paid it much attention while I was growing up, having taken its sights and smells for granted then. In fact, over the last five years, I have been returning to the city to photograph the landscapes of my memories, and am amazed by how beautiful it is. As a kid, I never thought much about how green the town was, and how clean and well maintained it was. I missed the canopies of trees on every road, lush during monsoon rains, only when I realised not many other places are like it.

The Inspiration
Apart from an interest in sports, my brother and I inherited a deep love for literature fairly early on in life, from our father. Growing up we had access to his library of Indian, English, Russian, and other international authors, writing fiction, history and poetry. We took to everything quite easily and enthusiastically. I’d like to think that this is what eventually turned me into a cinephile too. We didn’t have access to all the movies that I eventually got to see, but I managed to lay my hands on all the classics, and it fuelled in me an enthusiasm for making visual stories. Even today, I look more towards cinema for inspiration than I do towards photography.

The Journey
I had a tough time during my undergraduate days, shuttling between colleges and subjects. I was fairly directionless, without too much to go on. Being very interested in cinema and the gaze it provided, I’d approached a few cinematographers to see if they’d let me assist them. A few mentioned that learning photography might help with the fundamentals of the medium, and I, not knowing any better and having no idea about the field, started working in commercial and advertising photo studios, assisting fashion and product photographers while attending undergraduate classes during early mornings. I did this for a few years, till I graduated in Economics and Political Science.

Eventually, when I began feeling deeply saturated with the limitations of this kind of photography, I started thinking of seeking a formal education in the field. Also, I realised that there was a fundamental difference between cinematography and photography. Though their work could be full of talent and artistic, the cinematographer works on someone else’s story and vision at the end of the day. Photography helps me work on my own ideas and thoughts, and lets me express myself. Luckily, around this time, I met a really amazing documentary photographer, Vidura Jung Bahadur, who gave me, in a single meeting, a tiny glimpse of a bigger world of documentary and art photography practise. I packed up for art school, quite quickly after, and gave up my ideas of assisting anyone after that.

Creative Process
The last few years has seen a shift in the way I look at and appreciate photographs. I went to a design school to study photography, and it took me some years before I could shrug off the hangover of my attraction to formal, and overly designed image-making. I was working on these slow, long-term, portraiture and still life series, where I’d want to be in control of every aspect of the image, shooting everything on a tripod and artificially lighting every frame. I’d think deep about what every series needed to say and would leave very little to chance.

It was actually when I turned the camera on my own family and private life that things changed. It started with photographing my father, during the last months of his life. I hardly remember making those images. In fact, I hardly remember that time now, except through the final scanned photos. I wonder what my memories of watching my father die were like in my head in between his death and the film rolls getting scanned. And when I saw the images, I realised that it would’ve been impossible to get here with any amount of planning. Now, I try to rely on my instincts and experiences far more, and try and see how the subject deserves to be photographed, rather than on my preconceived ideas of representing someone or something.

When Abba was Ill
I remember my brother calling me to say, in the middle of 2012, that our father had been diagnosed with a tumour. He’d said that he was taking our parents to Bangalore for further tests and that I should join them there. I didn’t have a camera in my bag or a thought when I flew there. We’d checked my Dad into a hospital, and because my mom wanted the night shifts, I’d be with him all morning to relieve her. Initially, I’d read all the time during those long hours, but eventually I’d started looking at the slow movement of light travelling across the room, starting from the window, over his sleeping form, and eventually leaving us by the time my Mom came back to give him company.

I picked up a couple of family cameras and bought some cheap expired film from the pharmacy/grocery store across the road from the hospital, not knowing whether the cameras worked or if the film was any good. I started shooting my brother’s home, the parks I’d walk in, the light in my dad’s room, abandoned homes near the hospital. Also, when we moved back to Jamshedpur with him, I’d drive through the empty industrial town all night and make images of the fiery factory towers, rather than go back to an empty house.

The edit of the book, When Abba was Ill, looks at this time fairly telescopically, concentrating on my father’s physical and mental deterioration as the backbone of the narrative. However, the truth is that I was hardly photographing him. The book ended up using almost half of all the images I had of him from that time. Most of the images I shot were actually about nothing in specific, or rather, they were more about my state of mind during those six months than about anything else. I suppose that’s why we found so many images that could be used as metaphors for the time. The editing was also devised to justify this. It uses gatefolds as a central device to push forward the narrative, hiding all of the photographs of Abba inside them. In the first half of the book, his images are protected by those of my family, and later, by the images of the burning, flaming industrial city, where he lived and worked all his life, used as symbols to warn of the deteriorating violence of cancer you’ll see inside. So, you don’t see him if you don’t open the gatefolds, and the story becomes about my mental state when Abba was ill.

Memorable Projects
There are a few projects that really helped me shape my visual language. I’d spent two to three years shuttling between Aligarh and Delhi, working on a very large environmental portraiture series of students from the Aligarh Muslim University, and of the town itself. It was for no other reason than trying to meet and get an insight into the lives of the 30,000 strong student body that throngs here from various parts of the country and the world. The demography of the university is unique in that it has a huge percentage of Muslim youth, many elder students who come to pursue their doctorates, and also subcultures of various international students, including Indonesian, Malaysian, Thai, Yemeni, Saudi, Palestinian citizens, who come for their degrees and end up living here for years. AMU is a universe. The work had won me a grant from the National Foundation for India, and got published in spaces like the BBC.

It was while doing this project that I’d begun my series on the role of the television in our lives. It was a very formal still-life series, which I had created to comment on the cumulative information that comes out of the household television, and a record of the spaces that remind me of that white noise. This project heavily influenced the visual language I chose to use for the work on Aligarh.

The Pandemic and Beyond
I’ve been doing a few different things these last months. I’ve been looking at and playing with images of my hometown that deal with my rapidly fading memories of the place, and looks at my mom’s new universe now that my father isn’t there. I’ve been trying to study fashion during this time too, and educate myself more in this field. My earliest days of being an assistant in that space has had its residual effects, and I keep visualising fashion images inspired by all the other photography I either practise or admire. I also have what I think is the beginning of two new works made on my phone, with a magnifying glass app. Apart from this I’m head book packer of my partner Anshika Varma’s Offset Bookshop, which is an initiative to help distribute photo-books from the region.

Finally, that which is keeping me sane during these apocalyptic times, is baking all kinds of breads! Some of my photographer friends in Delhi have been very generous in enthusiastically and encouragingly eating all my inedible early experiments, and for that I’ll be forever in their debt!