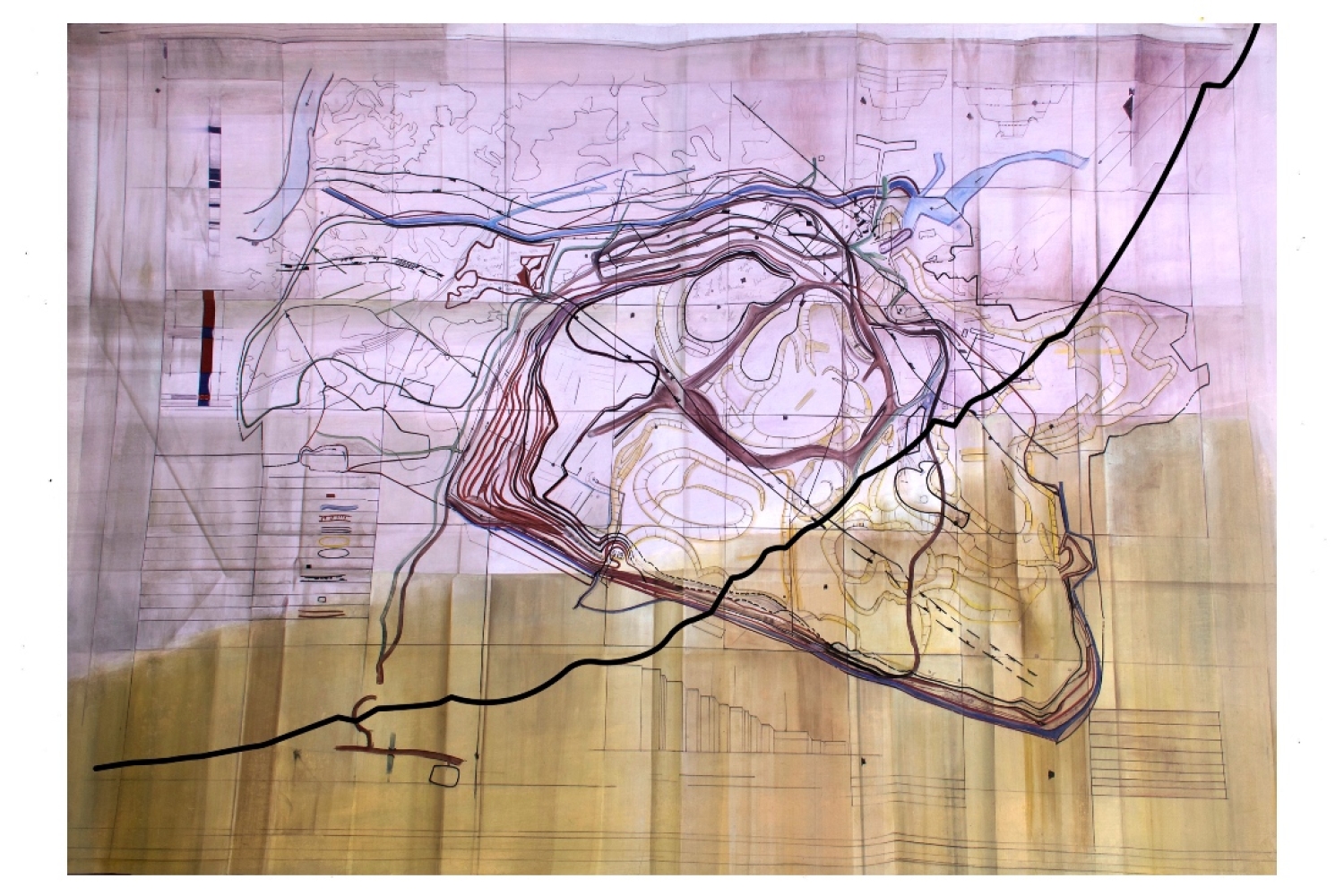 Navjot Altaf’s practice stands at the intersection of art and activism. With a career spanning over five decades, she is among the leading voices of her generation to regard art as a medium of social change. Formerly based in Bombay, Navjot relocated to Bastar in the rural districts of Central India during the late 1990’s to work with indigenous artists and communities that have borne witness to the enormous scale of deforestation, mining, pollution and displacement. Through collaborations with artists, activists, workers and organisations, her projects trace the complex connections between human exploitation and environmental crises that lie at the heart of climate change today.

Pattern presents works by Navjot created since 2015, the year of the United Nations Climate Change Conference and the Paris Climate Accords. These events marked a watershed moment in announcing a global agreement towards the mitigation of carbon emission levels among nearly 200 countries. Since then, there has been a dramatic enhancement of visual representation of climate change in mainstream media, using new technologies and real-time data. Navjot’s exhibition at Ishara juxtaposes the new and traditional forms of representing environmental crises to critically reflect on the way we think about the future of the planet and society.

Consisting of 6 notable bodies of work, the viewer is first confronted by ‘How Perfect Perfection Can Be’, an immersive presentation of multi-layered works comprising prints, watercolour drawings and PVC transfers that reveal the paradox between the great accomplishments of modern architecture and their adverse impact on the planet. With intricate details of building facades of mega-cities such as New York superimposed with abstract graphs intimating the corresponding ecological destruction, the works question the value of human achievement and visual splendour that are simultaneously symbols of society’s collective failure towards the environment. 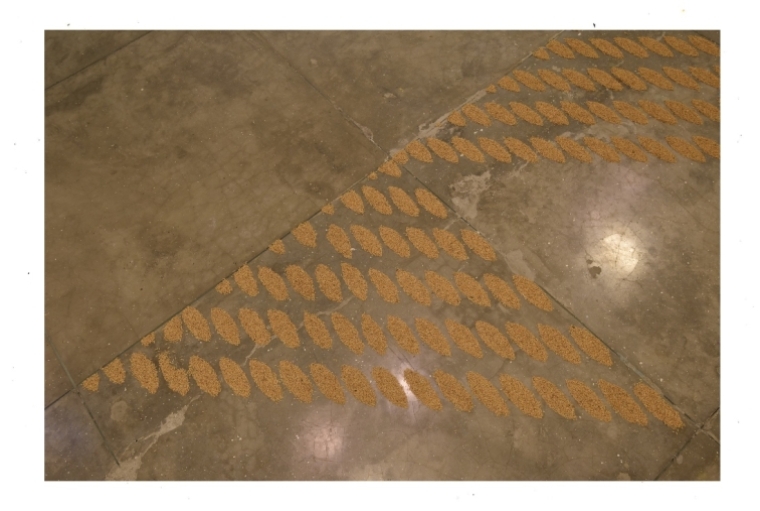 The adjoining wall amplifies the statistical information seen in the previous work into bold lines that track seven indices of ecological disasters collected from 2011 onwards in the work titled ‘Seriousness of Issues’. First presented in 2015 in the wake of the Paris Accords, the ongoing work is updated with each iteration using new data released by major scientific organisations. Dwarfed by the scale of the mural, the viewer encounters a new metaphor for the horizon in the 21st century through jagged lines mapping the shortage of fresh-water, rise in air and water pollution and depletion of natural resources. According to Navjot, this abstract representation of the environment has dehumanized our approach to fully grasp the magnitude of devastation and displacement of several species caused by excessive industrialization over many decades.

‘Lost Text’ is a series of 36 layered digital prints that explore the visual aesthetics of antiquated scripts in the digital age. Creating a dialogue between archaeology and new techniques of data-mining, photographs of ancient hieroglyphs are juxtaposed with digital encryptions generated from a corrupt computer hard-drive containing documentation from Navjot’s Bastar diaries. The work foregrounds the vulnerability of analogue and digital sources of knowledge and the human perseverance to decipher. The centrepiece of the exhibition is an installation titled eponymously with the show, ‘Pattern’, made out of unmilled red rice. Displayed on the floor, the work is modelled on an indigenous pattern produced from sophisticated techniques of weaving, separating threads on a loom. The use of rice and the invocation of textiles symbolise the interconnectedness of artistic expression, occupation and livelihood and the dependence on the earth among farmers that have lost their land to mining companies.

‘Soul Breath Wind’ is a multi-channel video based on the artist's comprehensive research and first-hand observation of how the political, economic and development policies have led to deep geological impact in Chhattisgarh in Central India. The video presents the testimonies of local inhabitants, several of whom include women speaking against the monopolisation of land, rapid industrialisation, and the extreme conditions of displacement and deforestation brought on by coal and bauxite mining. The video extends into the final work in the exhibition titled ‘Patterns Which Connect’, a collection of 24 fossil-like sculptures embodying the diverse ecosystem that is under threat due to the continuously changing landscape.

Navjot creates works over long durations of time, exploring new and old knowledge systems, traditions and personal experiences to offer a new approach to environmental philosophy. The exhibition at Ishara highlights the multiple dimensions of her practice through her artworks along with a reading space on the mezzanine that presents books, field notes, and posters of various social movements she has been part of over the years. 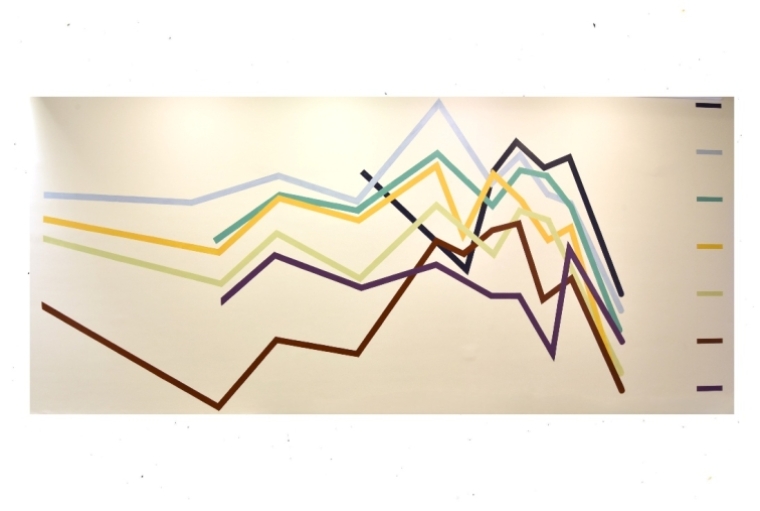 Navjot Altaf: Pattern is curated by Sabih Ahmed, Associate Director and Curator at the Ishara Art Foundation. The exhibition will be accompanied by the launch of her new two-volume book titled ‘Navjot at Work’ and ‘Artist’s Notes’; physical and virtual tours; educational and public programmes; a newly commissioned text by Zasha Colah and artist conversations over the duration of the exhibit. Smita Prabhakar, Founder and Chairperson of Ishara Art Foundation, comments: “Once again Ishara presents a contemporary artist from South Asia not seen before in the region. Navjot is a feminist and has great belief in the intrinsic values of equality and non-discrimination against minorities. Her work with tribals in the Bastar region in Central India and focus on sustainability are at the forefront of discussions in the world today. With this exhibition Ishara will showcase our commitment to issues that impactus as world citizens and share a practice which is impactful and forceful in its message.”