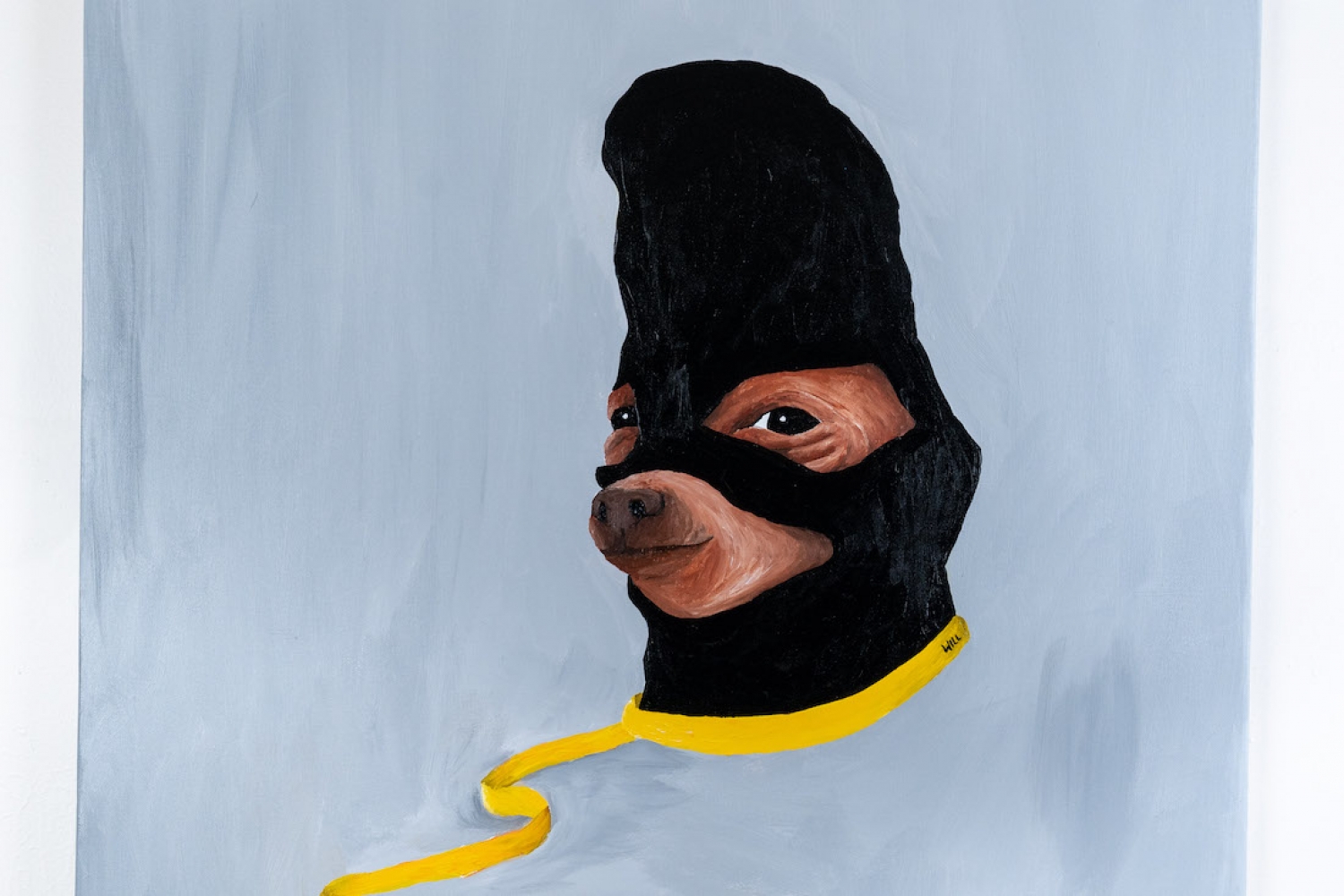 The Artist
Sidhant Gandhi (toosid) is a multimedia artist, painter and designer based in Mumbai. Parallel to his commercial career, where Sid has defined the language for some of the most contemporary cultural endeavours we are familiar with (he was head of design for Vice Asia Pacific and is now a partner at Southbay), Sid has spent significant time working on canvases, trying to make sense of the constant disconnect an artist faces while trying to balance personal and professional creative endeavours. Scatterbrain is Sid’s first gallery exhibit, although he is in no way a ‘debutant’ to a burgeoning group of aesthetes who are not just inspired by, but also the creators of 21st century culture.

The Art Show
Currently on at Method’s Kala Ghoda space till the 19th of September, Scatterbrain stemmed out of a bunch of ideas, says Sid. Aptly named, at the heart of the show is a restlessness that manifests in a chaotic vibrance. What ties it together for him, he says, ‘is the collective angst we all have against the chaotic system of life we’re all a part of. How we are a victim of it even though we drive it ourselves. Screens in particular have been used as a mode of distraction since our childhood. At any given point of time, it’s the easiest escape route from literally anywhere and anything. As a mode of communication, screens were a boon, but what has become of it now is that people are forming their perception and moulding their behaviour according to whatever they see on the screens. AI further divides content to show you what they think would suit you. There is no connection to reality but a birth of a different world — digital reality. It’s extremely tiring now to just focus on being human and not be distracted by exterior entities, but till the time screens are there, it may get more thicker.’ ‘In my honest opinion,’ he adds, ‘screens will be the end of us. By the time we die, we’ll all just be rectangles on a screen somewhere. And that, as humans, was not our purpose of being here.’

We explore the illustrator and animator’s practice and aesthetic.

In conversation with the artist, illustrator, and educator about her work, inspirations, and the learning potential in art.

Manish Nai’s artistic practice is dedicated to an engagement with materials of a diverse variety.

We explore the graphic artist’s practice and her strong belief in trying to create the unimaginable.

Shadows Under My Sky

Get to know more about artist Osheen Siva’s exhibit at Method Kalaghoda.