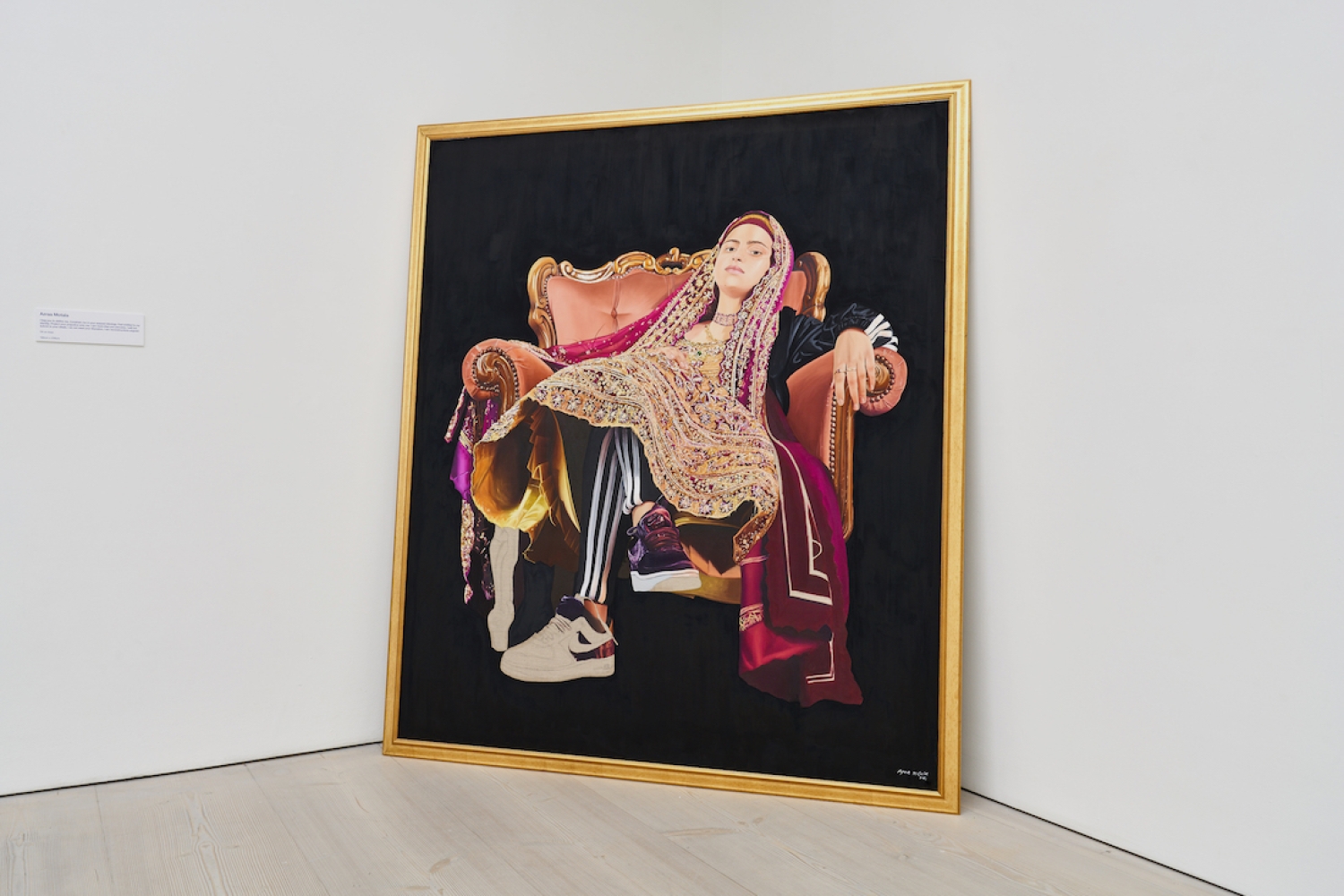 I beg you to define me, Azraa, South Asia Gallery

The new South Asia Gallery will be the UK's first permanent space dedicated to the lived experience of the South Asian community. A few new commissions will populate the space, celebrating contemporary South Asian creativity and innovation, including a 17-metre-long newly commissioned mural from British artists, The Singh Twins, illustrating an emotional map of South Asian diaspora experience. The way the project has been realised is truly unique and unusual in this context. The project is co-curated with 30 inspiring individuals to tell their personal stories, (community leaders, educators, artists, historians and musicians and writers) from the South Asia community, known as the South Asia Collective.
Manchester Museum will be the first-ever museum to have a permanent South Asia gallery in the UK, as a part of a landmark partnership with the British Museum. Showcasing over 140 historic artefacts from the collections of the Manchester Museum and British Museum, alongside new contemporary commissions and personal objects provided by the Collective, the gallery will present a range of personal stories that provide visitors with a window into South Asia. The gallery’s story-led design will reflect multiple voices and perspectives on South Asia through six overarching themes: Past & Present, Lived Environments, Innovation & Language, Sound, Music & Dance, British Asian, and Movement & Empire. The anthology Past & Present will look at the impact of Gandhi’s visit to the cotton mill town of Darwen, Lancashire in 1931 - through the connection of Manchester’s cotton industry to the Indian independence movement. Voices and stories we have not heard before are central to the gallery. From stories around the social and cultural history of colonial India (e.g from historian and professor Anindita Ghosh ) to the musical heritage of South Asia, (e.g Balraj Singh Samrai, and his expertise on South Asian Music).

From celebrating the contribution of individuals to global fields such as science, (e.g Collective member Fal Sarkar explores the story of his grandfather, Satyendra Nath Bose, one of the seminal founders of modern quantum science) , to telling stories of inter-generational trauma through the impact of voluntary and involuntary migration (e.g a Collective member and journalist tells the story of a her grandmother’s saree passed during partition). A few new commissions will populate the space, celebrating contemporary South Asian creativity and innovation, including a rickshaw imported from Bangladesh and decorated by communities in Manchester and a 17-metre-long newly commissioned mural from British artists, The Singh Twins, illustrating an emotional map of South Asian diaspora experience. 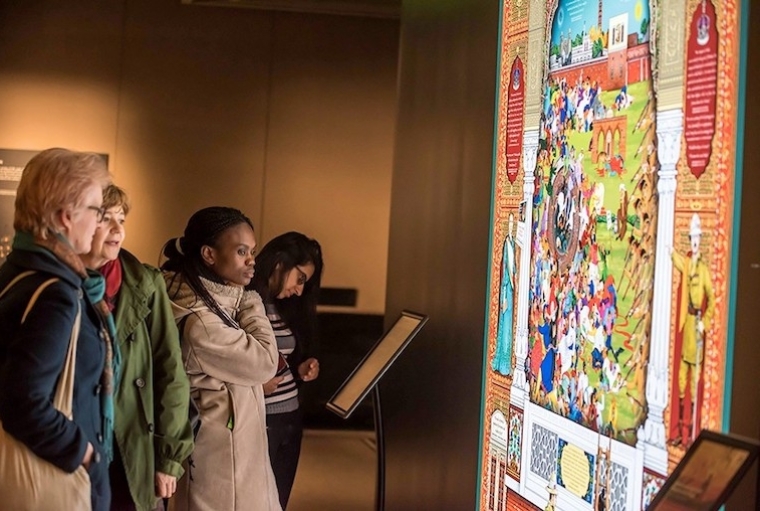