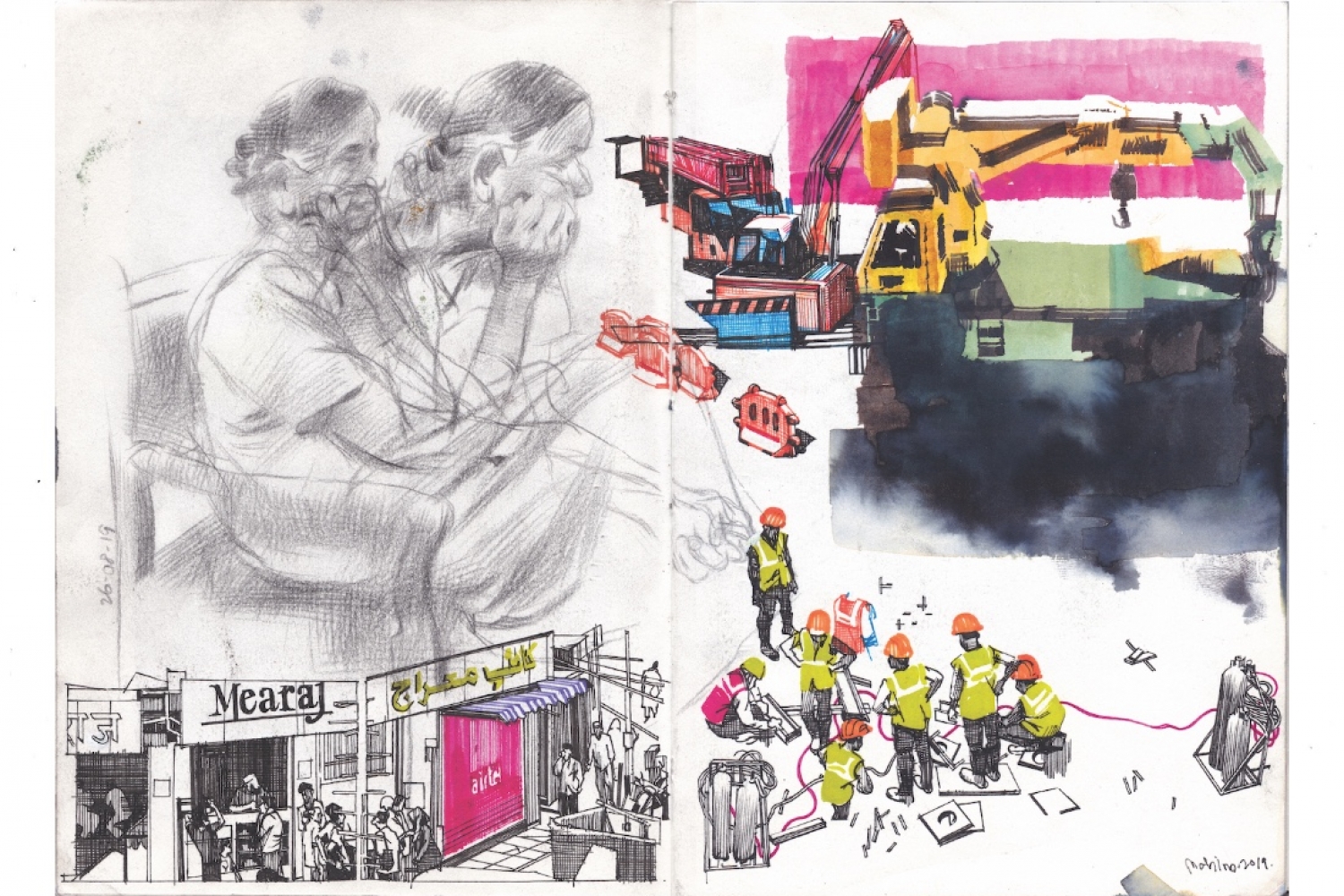 Visual artist and illustrator Anand Radhakrishnan’s earliest memories in life are of drawing. Growing up, he would trace from newspapers and steal his mother’s Femina and Cosmopolitan to draw from them. His passion for art only grew further and he tirelessly kept at it, honing his skills every opportunity he got. Abandoning his science degree midway in college, he went on to pursue a BFA in Applied Art from Sir JJ School of Art in Mumbai. While gaining the experience of a lifetime at college, Anand also learnt the vital lessons of failure and perseverance. All the drawing he had done back in school was that of Botany and Zoology, but in art school, he had entered a realm wherein talent and skill were in abundance. Drawn to narratives and the art of storytelling, Anand learnt multiple ways to channelise his skill in the right direction.

We’re in conservation with the artist as he has recently won the Will Eisner Award for his new graphic novel, Blue In Green.

What was the starting point and intent for the art in Blue In Green?
In July 2018, Ram V and I had already concluded work on our first major project together, Grafity’s Wall, which is the life story of four teenagers living in Mumbai. We then met briefly in London the same year when I was there to attend ThoughtBubble and discuss the possibility of our next project. I remember talking about a down and out musician meeting his “talent”. The story revolved around the theme of artistic insecurity. This idea of suffering and to be able to produce good art was something I was thinking of a lot at the time, so I was definitely interested in working on the project. It was also a stark departure from our previous work together and I enjoy mixing things up a bit, genre-wise.

We spent about two months experimenting with various techniques and materials to see what fit the tone of the story and finally settled on something which made us both happy. A lot of it came from my sketchbook. The graphite technique is a slight modification of the one I use to do my observational drawings — lots of shapes bleeding into each other, grouping of values and edgework.

Take us through your collaborative creative process.
Ram and I have been collaborating since 2015 or so and by now we understand what works for each other. We seem to have a different creative process for each project. We had a more conventional approach for Grafity’s Wall where he would provide me with pages of script. However with Blue in Green, especially the second half of the book, we started planning the next page depending on what I had drawn on the day while on call. In many ways, it was an organic to and fro between the writer and the artist, almost like an improv session between jazz musicians haha! 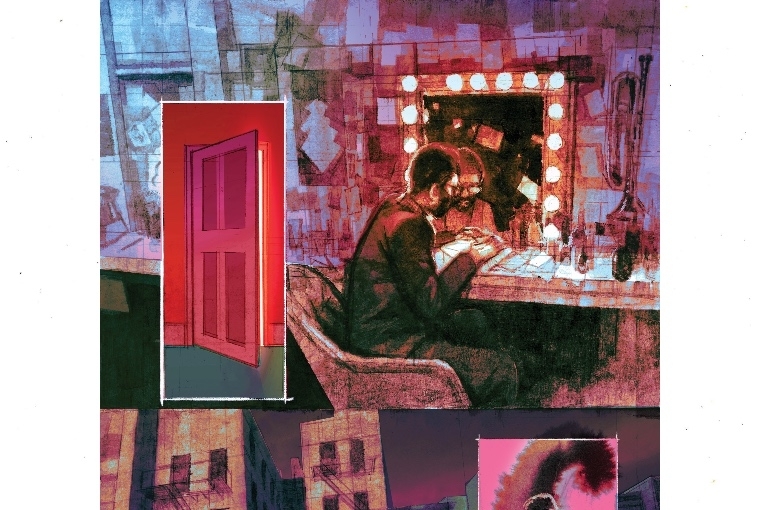 From Blue in Green

What was the biggest challenge while working on Blue In Green?
Blue in Green was published by Image, a creator-owned publisher, which means the rights of the property always remain with the creators. This is great of course, but it also means that Image doesn’t pay a page rate to the artist while producing the book. I had to keep picking up other projects to pay the bills in addition to advances from Ram. The pandemic had also just hit so let’s just say it was a bit of a rough patch. Most times, the creative challenges aren’t comparable to the logistical and financial issues that come up during production of indie projects.

Do you think you’ve found your design language?
Honestly, I have given up on the idea of a definitive moment of finding my personal voice or design language. I admit that in the past, I had put a lot of time and effort into “finding my style”. Most art students and new designers and illustrators do this, but with time I have realised that I’d rather take every project I do as a whole entity that has its own language, instead of sticking to work that is up my alley and refusing a project that doesn’t fit that aesthetic. I’ve also realised that finding your voice or language has more to do with introspection and looking inwards than settling on something that is trendy and gets eyeballs. This, of course, is a perpetual, ever-changing act and I am okay with constantly changing.

The one thing I do to keep myself anchored though is by religiously maintaining a sketchbook. The sketchbook is where I keep myself grounded. I go back to it after every project, to find the starting point and that metaphorical anchor. This, in many ways, becomes my voice, where I draw without fear of being watched or whether this will get me likes on Instagram or not. Most of my personal projects tend to originate in my sketchbook in the form of a few lines or a sketch that has the potential for more. I have been working on some of these projects with Floating Canvas Company and hopefully they will see the light of day soon. 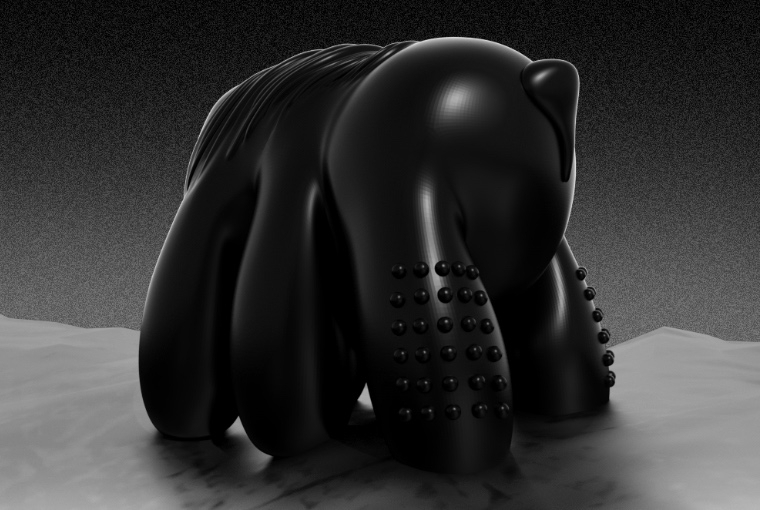 Finally, what’s keeping you busy right now?
I am currently drawing for an ongoing four-issue series called Radio Apocalypse, also in collaboration with Ram.The first one is slated to release soon. Someone called it the third part of a loose musical trilogy the other day and I sort of agree. It wasn’t planned but seems like most of our projects have music as a central theme. I have three ten-pagers in the DC anthology series Batman: Urban Legends, coming soon as well.

The most exciting work for me at the moment is Kuntham, which is an umbrella term for a series of self-initiated personal projects where I explore themes or eroticism, mutation, metamorphosis and a little bit of world-building. The first of these is a set of collectible sculptures/toys that we are in the middle of producing at the moment. This is also a collaboration with Floating Canvas Company.

I have also been planning a collection of short stories that I have been writing myself. Of course, I am not equipped to be a writer in any capacity so this project will have way more pictures than words haha! A few other projects with Floating Canvas Company are also in the works. I really enjoy that space between fine art, illustration, pure drawing and storytelling. Over the next few years, I will be juggling projects in this space along with my graphic novels.

This article is all exclusive from our November EZ. To read more such articles follow the link here.