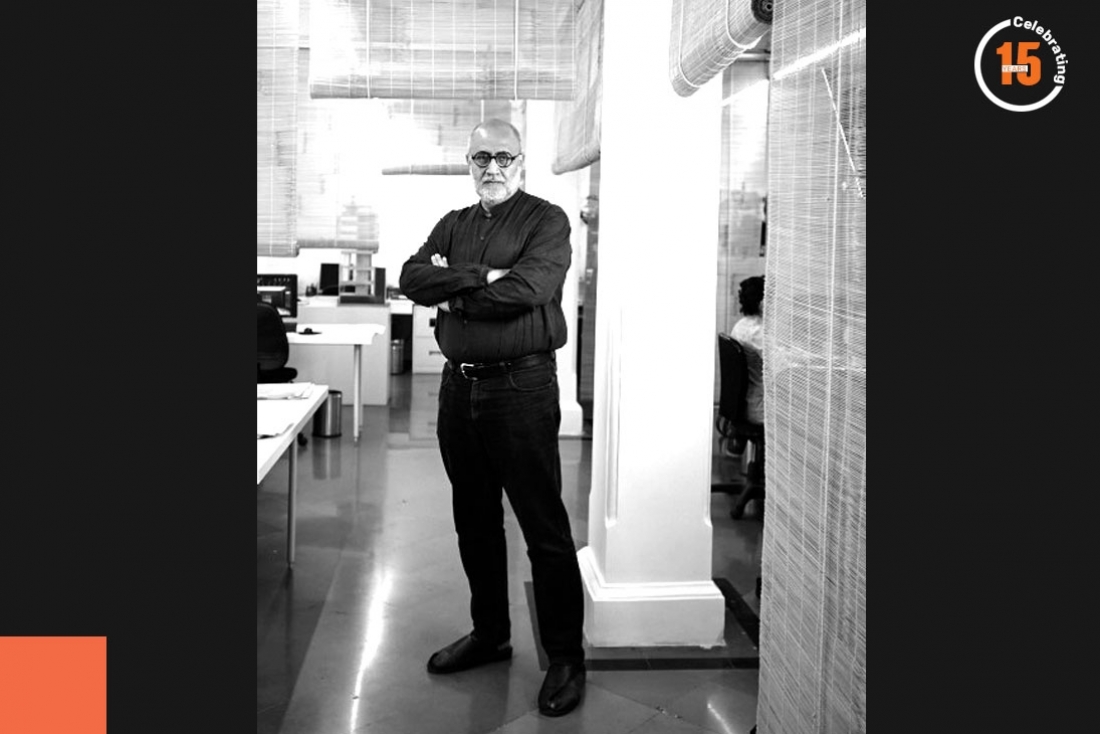 Indian designers today have no choice but to be torn between the old and the new. As they struggle to find the design language kosher to this country, some try to recoup and reinvent the old; some try to use design as a vehicle for socio-cultural change, while others try to scuffle with the challenges that Indian cities are facing today. Design no longer remains a niche affair, and as more and more designers recognize their responsibilities as designers, they look towards the future with conviction and fortitude, and believe that design can bring about compelling  transformations. Rahul Mehrotra, writes and lectures extensively on issues to do with architecture, conservation and urban planning. We speak to the visionary, and get an exclusive peek into what they think is the future of Design in India.

You often speak about sustainability, dynamism and preservation of cities. What are some of the most burning issues that are generating the new kind of insensitive urbanism in Indian cities today?
The built landscape in India today symbolizes the two simul- taneous transitions at play in our political landscape—one, a transition out of socialism and the other, a transition into capitalism. In the simultaneous play of transitions such as these, the built environment is naturally a muddle with the fallouts of both transitions finding expression in the physical form of the cities. Ruptures in the urban fabric and startling adjacencies characterize the city that evolves with these narratives colliding in urban space. The two narratives or political rhetoric that are then put to play are those of ‘building a global city’ (the Singapore, Dubai and Shanghai models) or a city that panders to a global capital, and that of a city which is about building a civil society or a city that supports lives.

The paraphernalia in each one of these cities is different. In the former, the ground has to be prepared to allow capital to land softly and securely. In the other, citizens are placed first and basic infrastructure and patterns of mobility deter- mine how the city grows and how people have equitable access to these amenities. It is really the choice between these two directions or attitudes to city building that will be central to the discussion about the future of urban India.

Indian cities often look to the West for ideas. The large social disparity and multicultural diversity further contributes to the divide between the ideals of modernity and the actual reality. How do you think Indian cities can achieve a balance between the two?
I think Indian cities can achieve this balance by becoming more people centric in their imagination of space, of infrastructure and public place more generally. In India today, hyper-consumption fuelled by a rapidly growing economically mobile middle class, is resulting in the construction of a new landscape of global derivatives or the images of globalization. And it is ironic that the collusion of dysfunctional land markets and exclusionary design and planning at multiple scales has created a deeply conflicted fabric within which poorer communities have managed to survive, thrive and also alter and challenge the notion of formality! This is deeply challenged by the world-class city idea and slum free city imagination— often propelled by the government and financial insti- tutions by a poorly informed appreciation of Dubai and Shanghai—the havens of impatient capital! The architecture that results from this attitude often displays a complete detachment from its ambient environment, as well as the place and community in which it is set. Furthermore, its tectonic quality and materiality is most often unmindful of local resources and traditions of building. I believe that if we are mindful of local resources and people and their culture, we can bring about a new imagination about the physical form of the city and not swing to the two extremes, which characterize our cities today.

You have worked extensively in many Indian metropolises. Which are the Indian cities you think need urgent intervention and what according to you is the future of urban design in India?
The real urban time bomb that India is sitting on is the landscape of small Indian towns. There are about 400 such towns with a population of about 50 to 1,000 which are off our radar. The elite and media in the country only focus on mega cities, and now some secondary cities as markets develop in these places, but the small Indian town is totally ignored. These places are where the future of India will reside and more importantly, these are places where the rural and urban India will connect! The future of urban design in India will depend on how professionals engage with these places—these are landscapes where we can actually intervene and spaces that are not as congested as our mega cities. These are places where design will really make a massive difference.

This conversation was initially published in our Design issue of 2013 and we are reivisiting it as a part of our Celebrating 15 years of Platform magazine series.

In conversation with the founder Akshay Sharma, about their exclusive collaboration with Paramount Pictures for the highly anticipated new release, Top Gun Maverick.

In conversation with artist and designer Sayali Goyal about her creative agency Cocoa and Jasmine and their upcoming creative residency in Jaipur.

An edit of the best of design Platform has featured this year.

The illustrator and animation filmmaker gives us an insight into his design practice and sensibility.

The co-founder of December Design Studio lets us in on the narrative he veers towards while telling stories through design.

In conversation with the CEO of the artisanal homeware label, Kanupriya Verma, about their unique collaboration with artisans and more.