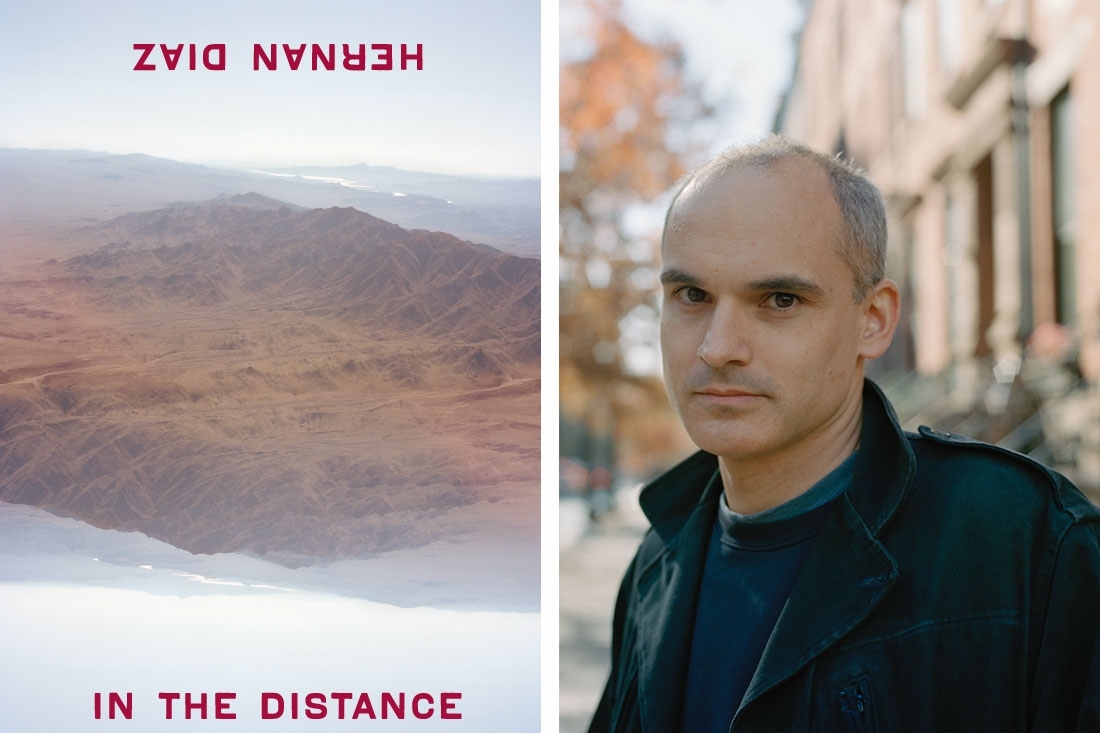 Hernan Diaz Author, In the Distance

A man lost in the wilderness, in time, and within himself, while around him—just beyond the horizon—a nation is in the making.

That could be any of us, man or woman, and perhaps that is what makes Hernan Diaz’s In The Distance so close to our own lives that drift between places, people and perspectives. One of the most powerful debuts in the world this year, the book draws from rich literary pasts to the uncertain future that stares the face of America and the modern-day world. I spoke to the New York-based author to understand why it was an important story to tell now.

Tell me a little about your journey in writing.
I started writing very young, as a child. My first literary effort was a poem. I still remember parts of it. It’s very bad, but it made me see that words could do more than just convey meaning. I also wrote rudimentary comics, and, a bit later, a lot of short stories. Somehow, I stopped in my mid-teens but picked it back up in my mid-twenties.

What inspired In the Distance?
The main inspiration was solitude and vastness. I was interested in the basic paradox of desert narratives: the wider the
desert, the more confined the protagonist is. I find this dissonance fascinating. I also loved the fact that the American literary tradition had left this incredible genre, the Western, in a state of derelict semi-abandonment. Because of all its ideological connotations. [it glamorises genocide and racism, it’s obsessed with private property, it fetishises guns and violence, and so on], I thought the Western was the perfect medium to say something new about the United States. The idea of hijacking and repurposing this genre was one of my main inspirations.

Tell me how you found your characters, such as the Hawk.
Håkan gets his alias, “Hawk,” because nobody can really pronounce his name. Having grown up in Sweden and lived in English-speaking countries for most of my life, this is something with which I am well familiar. This is only one of the many autobiographical details that went into my main character. I wish I could say that my height was also mirrored in Håkan, but he is a colossus, whereas I, sadly, am on the shorter side. Early on in the book, Håkan meets a naturalist called
Lorimer, who is one of my favourite characters in the novel. He’s based partly on John Muir, whose books I love, and Ralph Waldo Emerson, a tremendously important writer to me. Literature is, really, my main source of inspiration—much more than actual people I get to observe in real life. And imagination.

Håkan also meets criminals, religious fanatics, Indians, and lawmen, and his exploits turn him into a legend. How, in your view, can strangers from different walks add to the richness of one’s life and not cause dilution of one’s innate identity?
Håkan is deeply influenced and affected by the strangers he meets on his travels. He leaves Sweden as a young illiterate boy, and it is his acquaintances who introduce him to the world—Håkan, for instance, doesn’t learn that the planet is round until relatively late in his life. These strangers teach him science and medicine [he becomes a physician of sorts]; they show him the importance of love and affection [which he didn’t receive as a child]; and they school him in the irreversible consequences of violence [a lesson that eventually will break him]. Still, however important these strangers may be, the main fact is that Håkan is completely alone for most of his life. So as you suggest in your question, there is something at his core that, despite all, remains untouched. The whole novel is, among other things, an attempt at describing that core.

The theme of migration seems to play an important part in your book. What are your thoughts on the subject and foreignness, and how is it related to your personal history?
One of the first questions that drove me to write the book was the relationship between deserted spaces and foreignness: can one be a foreigner if there is no context at all? Perhaps a foreigner is all one can be in such situation. This opened up several more questions—about language, translation, genre, traditions. Crucial as these issues were in the conception of the novel, it’s also true that there was a much more personal motivation as well. I was born in Argentina but grew up in Stockholm. We spoke Spanish at home, but Swedish was the first language in which I interacted with the world. By the time we moved back to Buenos Aires, I felt more Swedish than Argentinean. In my early twenties, I moved to London and then to New York, where I’ve lived for almost twenty years now. As you can see, then, my personal history has had a clear impact on this book.
I started writing In the Distance long before xenophobia and nativist hatred became normalised and official in the United States. We all know this, but it bears repeating: ever since the Mayflower landed at Plymouth Rock, this has been a land of immigrants and refugees—that is, after all, what the pilgrims were. In relative terms and within certain confines, this has been a rather successful four-hundred-yearlong experiment in America—my daughter, for instance, is Swedish/Irish/Russian/Spanish/Italian-American, and most people I know here have similarly intricate backgrounds. But this shouldn’t make us forget all the different forms of discrimination, subjugation, and decimation that, paradoxically, are at the foundation of all those uplifting narratives of peaceful coexistence. All this to say that I’ve been thinking on the theme of migration for a long time. Although the book was conceived long before the shameful situation the United States currently finds itself in, I would be very pleased if the novel made readers look at our history and our present from a different perspective.

It is not easy to be a writer, a teacher and an editor. Do rules and self-criticism often get in the way of your art?
I was a teacher for most of my adult life, but about six years ago I gave up my position at the State University of New York to become the editor of an academic journal. In my late teens, I really got into literary theory, an obsession that lasted years. That definitely interfered with my literary writing. Academic prose is a very specific genre with highly codified protocols and a very specialised audience. It takes quite some time to get into that form of writing—and double as long to get out of it. You mention rules, which are something I’m quite interested in when it comes to art. Self-imposed constraints are extremely productive for me, and there were several inflexible rules that governed the writing process of this book. And yes: self-criticism gets in the way. A lot.

What was the toughest part of making this debut? How long was it in the works?
Quite frankly, writing this book was one of the most gratifying, joyous experiences of my life. I had the initial idea a very long time ago [some 20 years], but the writing process took about six years. The toughest part came after, when I tried to get it published. It was very hard to deal with constant rejection. In the end, however, the book found its champion: Chris Fischbach, the publisher at Coffee House Press, who took it on.

Can you take me behind your creative process?
Mornings are always preferred. I write in a notebook with a fountain pen and then type everything into my computer. In fact, my morning usually starts with the transcription [which is also a first editorial pass] of the previous day’s work. I work a lot at cafés and libraries, usually wearing enormous noisecancelling headphones. And writing not always is writing. In fact, I spend a considerable amount of time editing, tweaking, reading, and rereading. I take notes all the time, even in the middle of the night—in my notebook, on the margins of my books, and in emails I send myself constantly.

What’s next?
I’m working on a pseudo-science-fiction novel. And I’m trying to find a way to write something about the guerrilla movements in 1970s Argentina. I have a lot of material, but I’ve been unable to crack it so far. We’ll see which project prevails.