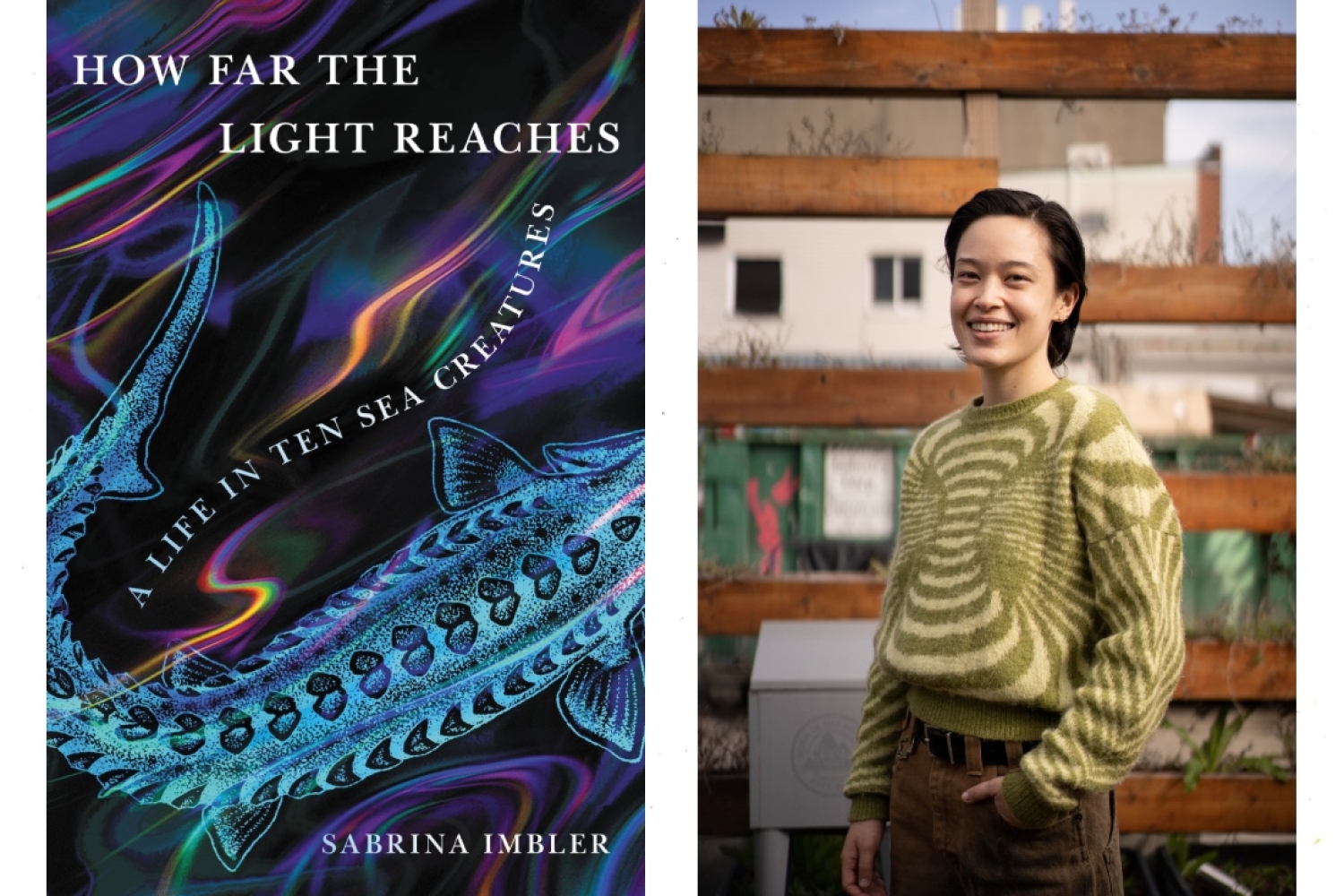 Sabrina Imbler’s debut book is, quite simply, extraordinary. The book’s full title is How Far the Light Reaches: A Life in Ten Sea Creatures, deftly describing what is an astounding journey into the depths of the ocean, with a twofold metaphoric dive. As Sabrina guides readers by the hand into the vast ocean of their own existence, acquainting us courageously to the different facets that make them the person they are, they use one sea creature per essay to both attain and impart enlightenment vis-a-vis their life, and perhaps living at large. The book is thus a wondrous voyage of discovery, both inward and outward.

Sabrina Imbler is a renowned science and conservation journalist. Their work has been a part of various esteemed publications, and “Like many other writers,” they reveal, “I fell in love with writing as a kid.” This love for writing, however, did not immediately lead them toward composing essays, “I wanted to write books — specifically fantasy books about women warriors and magical creatures, like the ones I was reading. In fourth or fifth grade, I wrote a book like that with my best friend Neaka, an experience that impressed upon me the fact that it is incredibly hard to write an entire book and conceptualise an entire world. So, in college, I pivoted toward essays, which felt more manageable and concrete and also helped me realise I rely on writing as a font of self-revelation.”

Self-revelation has certainly been at the core of Sabrina’s writing, percolating profusely in their debut collection of essays. Nevertheless, it was not their sole intention behind the book’s creation. “I hope they (the readers) feel inspired to pay attention to the natural world, oceans or otherwise. I hope people feel moved to find common ground between themselves and the creatures that we share the Earth with. I don’t mean this in the sense of anthropomorphism — saying that a creature is just like us in this way or that — but rather imagining how creatures might be modelling other ways of living, other forms of community, other ways of inhabiting a self. How are we more like creatures than we realise? How can we learn from them? How can we ensure their futures are protected on this planet?”

More excerpts from my conversation with the author follow.

How did the idea for How Far the Light Reaches emerge?
How Far the Light Reaches emerged from a column I was writing for a digital magazine called Catapult. The idea behind the column, called My Life in Sea Creatures, was to pair memoir with writing about sea creatures whose biology or existence had illuminated parts of my own experience. The first essay I ever conceptualised for the column was My Mother and the Starving Octopus, the idea for which first struck me when I read a news story about the octopus at the heart of the essay — a deep-sea octopus that brooded her eggs for four and a half years without moving or eating. I was struck by the idea of this, how a creature with the intelligence of an octopus could have fasted for so long without moving. As I tried to understand my fixation on this octopus, I realised it reminded me of my mother and the rest became the book.

I think of my book as a love letter to the ocean and the fantastic creatures dwelling in it, whose unfamiliar and wondrous ways of living help make my own life more familiar to me. I hope it is a plea to protect the oceans and value marine life for reasons beyond the benefits they offer to humans; a plea to respect and preserve them on their own terms. And more personally, I hope my book is a reflection of young adulthood, how I have learned and changed and tried to become a better person.

Walk us through your creative process and influences.
I am the kind of writer who figures out what they’re trying to say in the process of writing, so many of my pieces originated with an obsession — with an octopus, a memory, a region of the ocean. I fixate on things all the time and I often write around whatever that obsession is until I figure out how it makes me feel, or what I’m trying to say about it. But the seeds of many of these essays started with the creatures themselves. I learned about a lot of animals by reading popular science stories about them, like Ed Yong’s stories for National Geographic and The Atlantic. But some animals stuck around in my mind, which was a sign to me that they were in conversation with some aspect of my life or experiences and a sign I might want to write about them.

So, the biggest influence was probably the natural world itself. I watched a lot of nature documentaries, went to aquariums and beaches and tried my best to imagine myself in these corners of the world I might otherwise not have access to. And whenever I would get stuck or write myself into a corner, I would reread some of my favourite essays to remind myself of the power of lyric and precise language. These pieces often had nothing to do with the content of my book — a few examples are ‘On Summer Crushing’ an essay by Hanif Abdurraqib on Whitney Houston and ‘There I Almost Am’ an essay by Jean Garnett on twinship — but I think helped light a fire under my butt to finish whatever I was trying to do in my own pieces.

To read the full conversation, get your copy of our November Bookazine here.