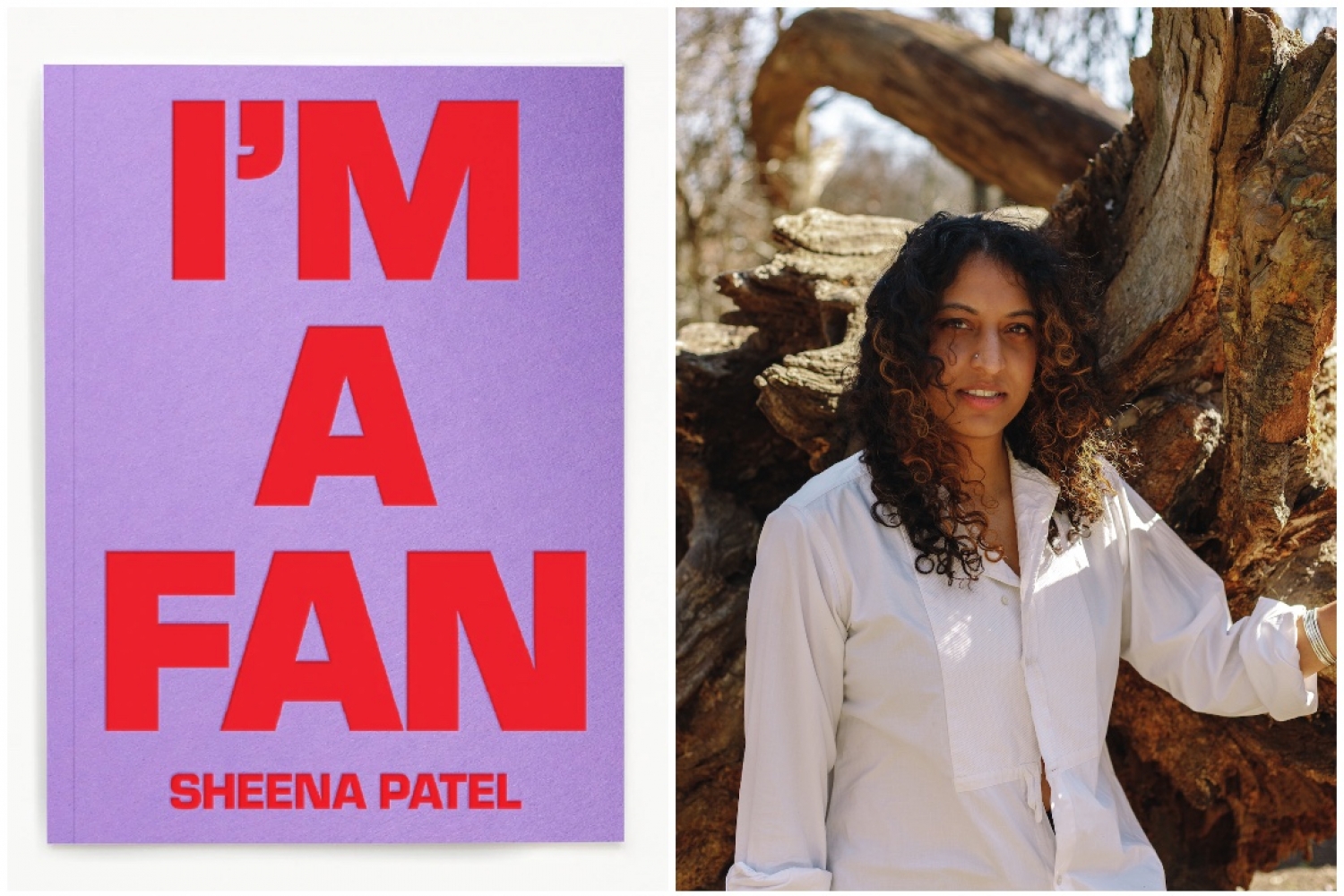 The Writer
“As a child I had this urge to write things down but it ebbed and flowed. A few years ago, I gathered some friends together and that’s how 4 BROWN GIRLS WHO WRITE, a collective with three of my friends, started,” reveals Sheena Patel of the time when she began taking writing seriously. “When you do something creative with your friends, it’s much more fun.” Soon after, Rough Trade Books published a collection of pamphlets by the collective, leading Sheena to pen her debut book, I’m A Fan.

“I sent Nina and Will (who are behind Rough Trade Books) a couple of pages of writing and they wrote back saying ‘there’s a book here’. I didn’t believe them but I trusted them more than I trusted myself so I said yes. The process was like an expulsion, it just flooded out of me without asking me really, the voice was the thing that drove it,” she explains.

The Book
At the center of Sheena’s unflinching debut book is an unnamed narrator, a woman with an unabashed voice, giving us unfiltered access to her psyche. “It’s about a woman, trapped in a love rhombus, maybe even a love hexagon, who interrogates the systems within which she lives, through the world around her and as the reader you see the ways in which she too is complicit. I see this novel as a piece of performance art so ‘it’s a me that is not me’. I am not the narrator but she is a part of me in the shadows brought into the light.” For the readers, she wishes that, “they might see themselves in it, the bits they hide away. And they’ll laugh, I hope”.

The Inspiration
Sheena’s inspirations behind this trailblazing narrative are vast, varying and vital. “I watched the attacks on the Capitol in Washington on the Internet like everyone else and was horrified. I thought about the cult around Boris Johnson in the Conservative party in Britain which worships him like he is a deity. I was thinking about conspiracy theories and QAnon and how all of this has a connection to when you hold out for a promise in a love relationship that’s going nowhere. It’s really the voice that drives the narrative though, this hungry, hungry voice. It branches out into memes, sex, race, art, the patriarchy in a way that I hope makes people laugh too.” Furthermore, Kathy Acker, Cathy Park Hong, Martine Syms, Chris Kraus, Sheila Heti, are just some of the names whose works have influenced the creation of the book.

This article is all exclusive from our June EZ. To read more such articles follow the link here.