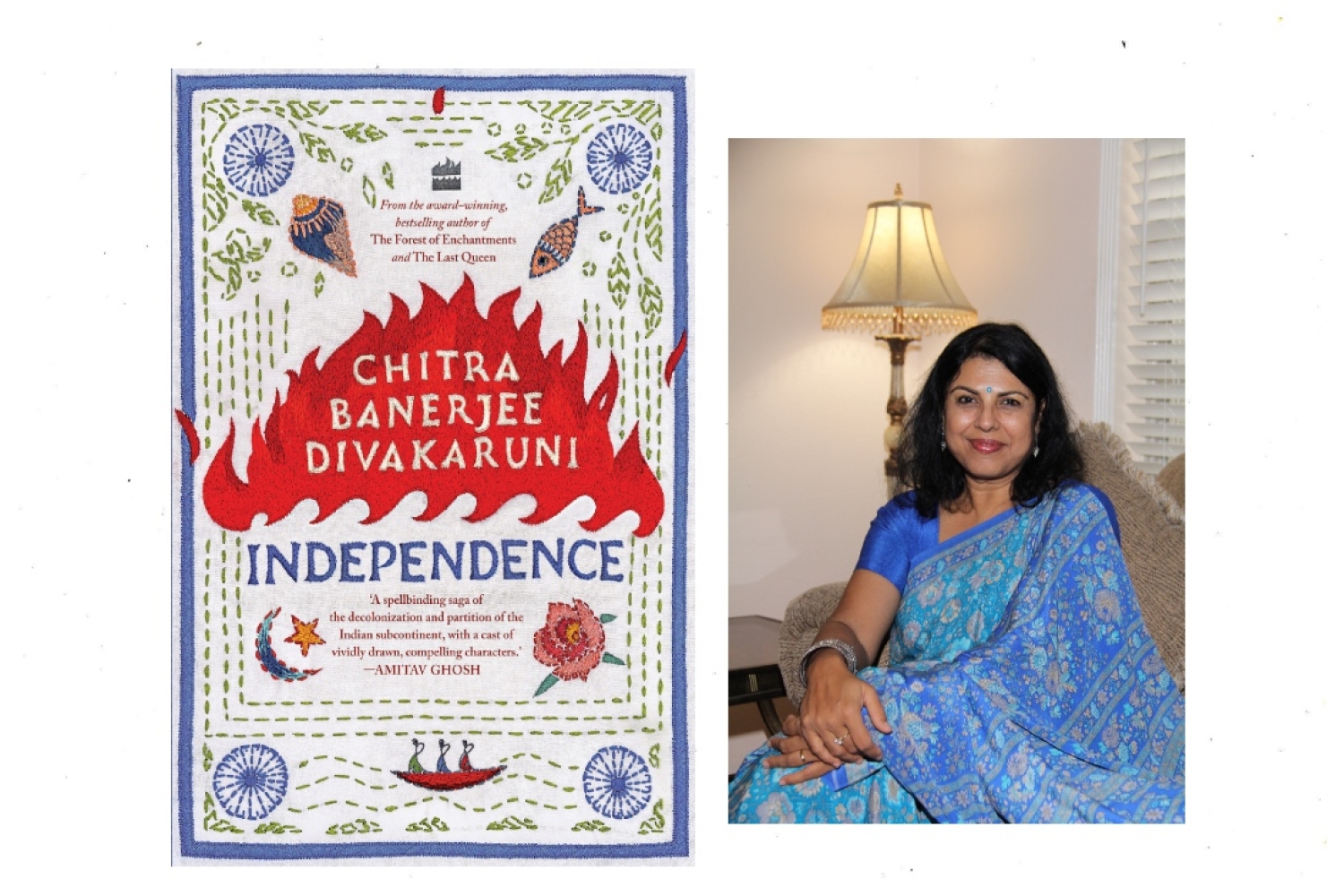 Chitra Banerjee Divakaruni is a literary force. One who has been at the helm of creating narratives driven by the female voice. “I am interested in women’s stories and in placing women at the centres of those stories. I want to make my heroines human, with human flaws. I am against whitewashing them.” Her clear authorial intentions have led to a prolific production of books, all with women and their lives and perspectives, at the forefront. Whether it was The Palace of Illusions, with the mythical Panchaali, or her most recent book, The Last Queen, with the historical Maharani Jindan, the female figure and the multitudes she carries within, has been Chitra Banerjee Divakaruni’s primary concern. Now, with her new novel, Independence, women once again take centre-stage of an epic piece of fiction, this time with the backdrop of India’s freedom struggle.

In an insightful conversation, the author walks us through the various elements that constitute her craft and the making of her new novel.

Nidhi Verma: Let’s talk further about inspiration then for some of your specific books. For instance, with The Palace of Illusions, what was your starting point?
Chitra Banerjee Divakaruni: When writing a novel, I start with the idea — which comes to me in many different ways. The Palace of Illusions grew over several decades, from a question that rose in me after reading The Mahabharat; stories from which my grandfather used to tell me during my childhood. The question was, “But what are the women thinking/feeling/wanting?”

NV: What about The Last Queen, was there a question for it as well?
CBD: Yes, the question arose from seeing a painting of Maharani Jindan: I wanted to know who she really was, since history had chosen to largely forget her. Then, once I finished The Last Queen, I wanted to write the story of India’s freedom, her final victory over the British who had dominated her land, tortured her people and stolen her wealth. I had the dream of offering this book to my Indian readers in the 75th year of India’s independence.

NV: With your upcoming novel, Independence?
CBD: Yes. I felt a deep need to tell the end of the story of the British in India — the British who had done such great wrong to Maharani Jindan, snatching her kingdom from her through treachery. I wanted to write a book where they were forced to leave India and we finally regained our freedom.

I wanted to focus on how Independence and Partition affected the lives of ordinary people — particularly women. So, although important historical figures such as Nehru, Gandhi, Jinnah and especially Sarojini Naidu appear in the book, it is largely the story of three sisters in a rural Bengali family who navigate these dangerous and exciting times and how their lives take many unexpected turns. It is a story about patriotism, violence, death — and love. Love plays a big part in this novel.

NV: A lot of research must have been involved in the creation of this book.
CBD: After I started with research into the period (1940s), I then created a detailed outline. I tend to do this when I write a novel, so I have a sense of the shape of the book. Then I made character notes for the sisters and the people important in their lives. This led me to more research. Then I started writing. I would often revise a chapter before writing the next. Sometimes I would have to stop to do additional research.
NV: And were there any roadblocks?
CBD: Often it was difficult to find out exactly what had happened. Often there were contradictory accounts, as of the Hindu-Muslim riots of 1946 in Calcutta (Direct Action Day) and of the Noakhali Massacres later that year. So, I would have to weigh the different sources to figure out which one was most accurate.

This is an exclusive excerpt from our recently released, November Bookazine. To read the full article, get your copy of the Bookazine here.