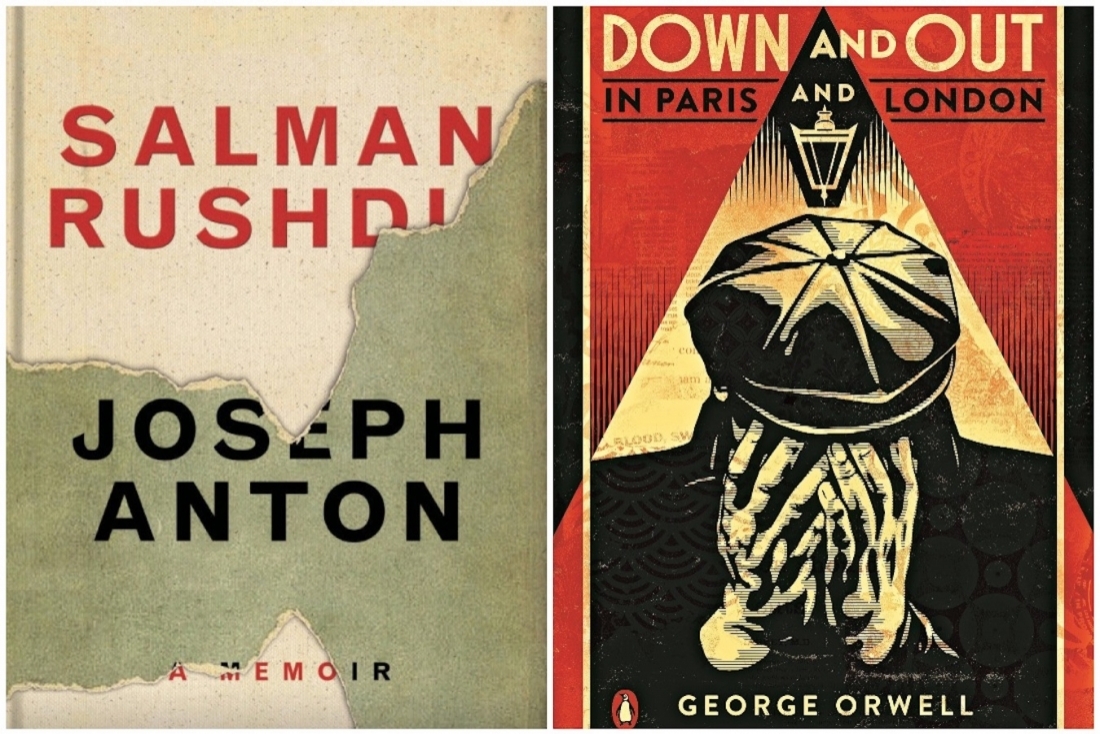 J.D. Salinger once wrote in his famous book The Catcher in the Rye that, ‘Many, many men have been just as troubled morally and spiritually as you are right now. Happily, some of them kept records of their troubles. You'll learn from them — if you want to. Just as someday, if you have something to offer, someone will learn something from you. It's a beautiful reciprocal arrangement. And it isn't education. It's history. It's poetry.’ Truly, biographies, autobiographies and memoirs of revolutionary icons, have always proved to be a steady source of inspiration. The wisdom and life lessons derived from their lives are priceless. Thus, we celebrate the birthdays of icons Salman Rushdie and George Orwell through the books that lend most insight into their lives.

Following the far-reaching controversy over his novel, The Satanic Verses, Salman Rushdie was issued a fatwa. Rushdie remained in hiding for ten years after the issuance and his dread and despair has been recorded in the autobiographical novel, Joseph Anton. Till 1998, he could not surface and deliver new work, as a result he decided to stay clear of media coverage until the hostility subsided.

Joseph Anton is the story of the author's fierce battle for freedom of speech and his views against oppression in the name of religion. His fears, troubles and inability to stand-up for his rights have been voiced in this memory from his exile. He could not get involved in anything of relevance, he was to live without any opinions on matters and suppress his emotions in most cases or lose his life forever. Joseph Anton is named after two of his favourite writers, Joseph Conrad and Anton Chekhov. The author brings-to-light his struggle for freedom through speech and writing with the help received from the government, fellow writers, family and friends.

Down and Out in Paris and London
George Orwell's vivid memoir of his time living among the desperately poor and destitute, Down and Out in Paris and London is a moving tour of the underworld of society. This unusual fictional memoir — in good part autobiographical — narrates without self-pity and often with humour the adventures of a penniless British writer among the down-and-outs of two great cities.

Written when Orwell was a struggling writer in his twenties, it documents his 'first contact with poverty'. Here, he painstakingly documents a world of unrelenting drudgery and squalor — sleeping in bug-infested hostels, working as a dishwasher in Paris's vile 'Hôtel X', surviving on scraps and cigarette butts, living alongside tramps, a star-gazing pavement artist and a starving Russian ex-army captain. Exposing a shocking, previously-hidden world to his readers, Orwell gave a human face to the statistics of poverty for the first time - and in doing so, found his voice as a writer. In the tales of both cities we learn some sobering Orwellian truths about poverty and of society.