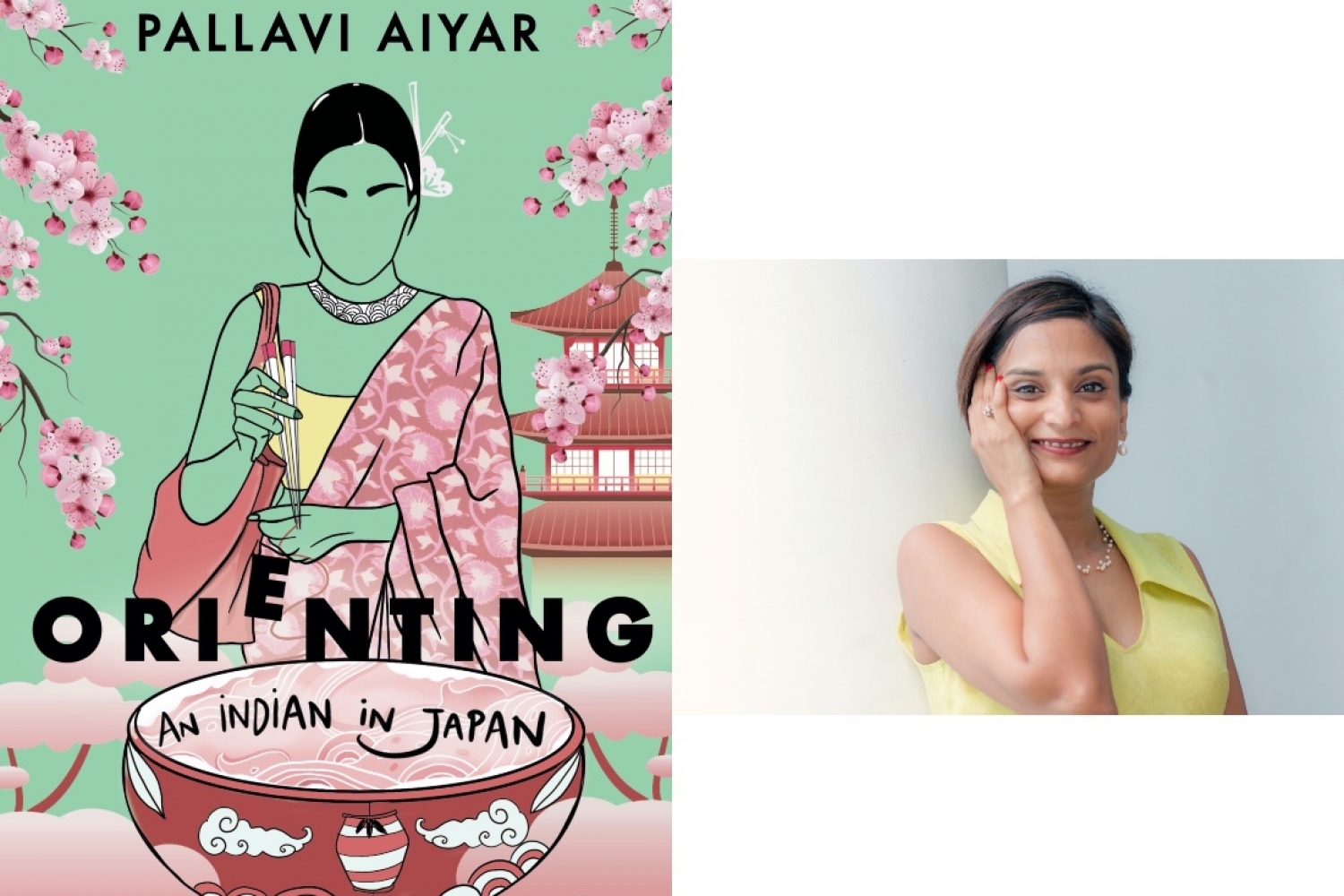 Before the pandemic hit us last year, I had elaborate plans of visiting Japan during the Sakura (Cherry Blossom) season. As my plans were cancelled, with no certainty of when I’d get to indulge in the trip I’ve been planning since I first became obsessed with anime as a child, I obsessively began perusing through travel accounts of Japan. It has then been a welcome surprise, and relief, to have read renowned journalist Pallavi Aiyar’s recently released book, Orienting: An Indian in Japan, as travel writing scarcely offers a view of Japan through the culturally-seeped lens of an Indian. Furthermore, the book is part travelogue, part reportage. On one hand there is the author’s personal account of living in Japan, and on the other there is the journalistic analysis of many intriguing aspects of the country, both equally enlightening.

We connected with the writer to know more about the book, Japan and travel. Excerpts from our conversation follow:

What led you to pursue journalism?
An intense curiosity about the world and what makes it tick. I’ve always believed ideas are powerful, that they matter, and that they are best conveyed through stories. Also, I love writing: drawing pictures with words. It’s why I prefer print as a medium to say, TV journalism. I did work in TV for a year at the start of my career, but quickly realized that it was a medium where the footage does the ‘talking’ and the words are supporting actors at best. Not for me.

After all these years, how would you describe your relationship with travelling as?
In a word: nourishing. Travelling is what gives my life its vitality. It feeds it. Without it my life would be black and white. With it, I have colour. It’s like an extra sense.

What inspired the writing of Orienting: An Indian in Japan?
In 2016, I moved to Japan with my family on a diplomatic posting related to my husband’s job. I spent four years in Tokyo, trying to learn the language, immersing myself in the practice of Japanese drumming, reading deeply about its culture and reporting on the country’s historical and social idiosyncrasies. Orienting was born of that experience.

I also always want to bring an Indian lens to the world, because for too long we’ve only understood ‘travel' through the dominant gaze of rich-country observers. But the things that stand out to an Indian — a Ganesha temple in Tokyo, for example, or how curry became a staple of Japanese food — deserve their own treatment.

What was your writing process like behind this book and how has the writing of it affected you as a person?
I wrote every morning for a few hours. In the afternoon I researched and edited. When the sun set, I stopped book-related work — although the mind is less easy to pause. This is essentially the same schedule I have followed for all my books.

Every book forces you to reexamine your own biases, especially when you are writing about other countries. It holds up a mirror to your ‘home’ culture and to your subjectivities as a person. For me writing is clarifying.

If you could share only one thing, what for you is the most fascinating thing about Japan?
It would be the spirit of shokunin, or the relentless pursuit of perfection through the honing of a single craft. The shokunin spirit is embodied in, for example, the sushi chef apprentice who must train for ten years before being allowed to cut the fish, or the sake brewer who at night only dreams of yeast. The shokunin (master artisan) is aware that perfection is inevitably elusive, but regardless, must be worked towards as a conscious practice; as an obligation towards oneself and society.

How challenging was it to pen down this book?
Most of the book was written during the pandemic. This meant that its writing was subject to special challenges that did not apply to my previous works. For example, my children were homeschooling, and I did not have the luxury of even a few quiet hours in the day. Also, there were parts of the book that had to be re-conceived even as I was writing. For example, the Olympic Games that were to have been held in 2020 and formed some of the subject matter, were cancelled at the last minute. Another instance: the President Shinzo Abe unexpectedly resigned following a health-related crisis after I’d written a long section on what to expect from him in the coming years. Despite these challenges, the book wasn’t cumbersome to write. I think this is because Japan as a subject is so fascinating that delving into its story is inevitably pleasurable as a writer, and I hope as a reader too.

What do you hope the readers take away from it?
A love of Japan, of course. Its poetry and rhythms. A sense of wonder for the world beyond what they are already familiar with. A willingness to embrace the unknown and to expand their ability to identity with what can feel ‘other’.

You’ve been an avid traveller. Now that the pandemic has changed the way we even think about travel, what does the future of travelling hold according to you?
I hope travel becomes a more mindful process and less superficial. I hope we emerge from the pandemic with a finer appreciation of the privilege of travel, as well as of the obligations that come with it. Travel should never just be about consumption, but also learning. We shouldn’t take it for granted. Selfie-travel, where getting a show-off picture is the ultimate aim, is the antithesis of the journey within and outwards, that travel should in fact take us on.

Lastly, what is next for you?
I’ve just started a Substack newsletter called The Global Jigsaw. In it I write a weekly essay on global culture and travel. I discuss languages and foods; how different cultures ‘touch’ differently and certainly smell different too! I write about some of the special places in the cities I have lived in, from Beijing and Brussels to Jakarta and Tokyo. But whether I’m talking of palaces or toilets, I promise I try to make readers look at these cities through new lenses.

It’s exciting having my own independent space to write without having to worry about mainstream media constraints. And it’s a wonderful way to find my own audience and form a community of people who a curious about this amazing world we all live in. Emails are sent out every week to those who sign up at: https://pallaviaiyar.substack.com/