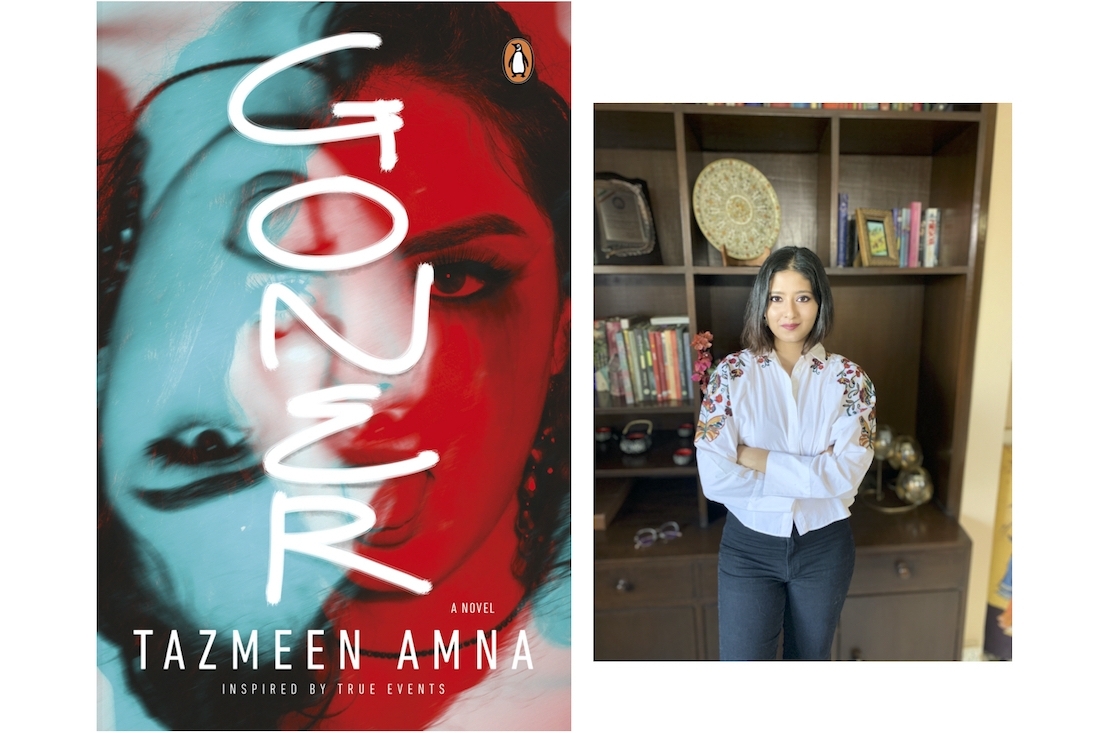 With an unfortunate, recent death of a beloved Indian actor, Sushant Singh Rajput, the discussion around mental health in our country has peaked. It is disheartening when one realises that somehow mental health becomes an important topic only when tragedy strikes. While one cannot dismiss the evolution seen in the discourse around mental health over the years, at the same time, the stigma and insensitivity regarding the issue also exist. I often find even the most well-educated people quite clueless about how to deal with those suffering from mental health issues or disregarding mental health disorders as real diseases. It has become of utmost importance today to speak more and more about mental illnesses and their very real consequences.

Writer Tazmeen Amna does a superior job in forcing the spotlight on this matter. In her debut book Goner, Tazmeen takes us inside the restless mind of a modern young adult dealing with mental health issues, deftly showing us the world from her distorted yet endearing perspective. A fiction novel, inspired by real events, the book manoeuvres the struggle one faces with depressive disorders brilliantly. The protagonist finds herself constantly grappling with the harsh reality around her and her self sabotaging tendencies, which ultimately culminate in the form of a medical emergency as she overdoses, leading to a blackout in the middle of an unfamiliar place, a very public meltdown and a broken leg. What follows then is the recovery. The important and inspirational journey of the protagonist, who tries to build her life back, and doesn't give up.

We connected with the author to know more about her journey and the book.

The Author
I’ve always felt a strong link with literature, perhaps even ever since I was born. My mother is a professor of English Literature, and therefore I grew up in a house filled with books. As a little child, I would overhear her conversations with her students and her colleagues, talking about Shakespeare, Tolstoy, Eliot, Yeats, and many others. It was enough to plant a seed of curiosity and interest. However, I truly became one with the world of literature when my grandfather began to teach me Urdu while I was very young. He would make me read Mirza Ghalib, Iqbal, and Mir Taqi Mir, etc. — about their lives and their several works. He would explain the meanings and interpretations of complicated verses to me, and teach me how poems were constructed. He instilled in me at a very, very young age, a certain sense and an undying adoration for literature.

My relationship with writing is the oldest relationship I have. I began writing at the age of about four or five, made comic strips and kept journals, and it has simply been a constant since then. Writing has been the only consistent thing in my life since as long as I can remember. I can’t really narrow down my early formative influences to a list. I read several classics in my pre-teen years like Little Women, Great Expectations, Pride and Prejudice, Emma, Oliver Twist, Wuthering Heights, etc. Early teens, I was lapping up a lot of science fiction (Robin Cook) and mystery (Agatha Christie, Mary Higgins Clark). A lot of Meg Cabot for sure during my teenage years. Did some serious reading too. Also, I was in love with The Harry Potter Series.

The Inspiration
Everything that I saw — in my own life, in the life of others — and everything that I felt, from anger to sadness to euphoria, all of it inspired Goner. I observed people in their everyday walks of life, in the metro, in a shared cab, at the mall, at the club, at a bar, between friends, fighting with a lover, crying in the office washroom, around their parents, around their friends, around their boss, etc., and just stored it somewhere in my mind. Fragments of these observations inspired me to write Goner. A lot of my research is/was primary. Based on my own experiences, based on what I learnt from my personal interactions with therapists, doctors, psychologists, and the people I came across in life.

The Process
The main driving force for me was my own ongoing struggle with mental health issues. I feel so strongly and so passionately about the need to spread awareness about common mental health conditions, how to prevent them, treat them, and identify them, and I wish it would magically become more and more acceptable to be dealing with these issues. We as a society need to get rid of the various stigmas that surround mental health. It’s been enough already.

It was challenging for me on an emotional level to write this book. I had to dig super deep and claw out the darkest memories for some of the scenes. Sometimes, I would go into a dark place myself while writing some of it. I had to explore my raw, honest, slightly sinister side to write certain chapters, accept the muddiest of my own thoughts towards certain things and incidents, and sort of just pour them out on paper, unfiltered.

To The Reader
I just hope that if there’s anyone out there struggling with their own demons, then they read this book and realise that it is okay to feel how they feel — and there is a way out, always, no matter how far gone you may think you are. I hope people see depression, bi-polar disorder and chronic anxiety as something anyone can have, and realise that it can be dealt with. Most of all, I want people to forgive the protagonist, and somewhere forgive themselves too — because we all have a dark side.

The Future
I am so excited, for I have so much more to share. I want to write another novel about mental health-exhaustion, especially, but in the backdrop of specific socio-cultural situations and contexts. Different characters, new perspective. I want to write about crime, too. I cant wait to get down to it!

In conversation with the writer about her recently released, debut collection of short stories, Each Of Us Killers.