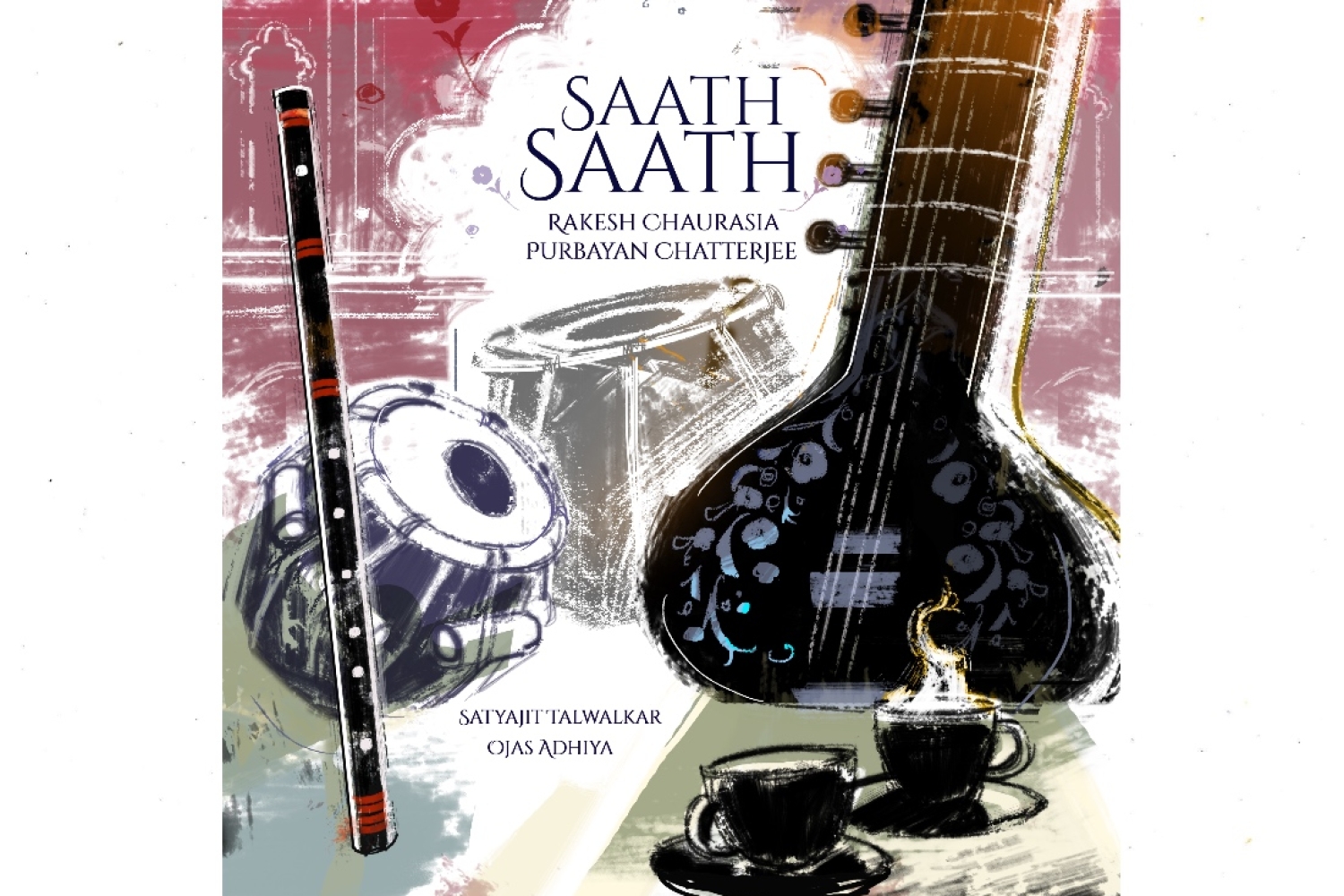 The seven-track album is available across streaming platforms from September 9. Recorded in Mumbai earlier this year, Saath Saath features seven ragas for morning and night. Co-written with flautist Rakesh Chaurasia – nephew of the legendary flautist Hariprasad Chaurasia – the record draws inspiration from the original spirit of the raga tradition and presents a beautiful aural experience. Ahead of the album’s release, Purbayan and Rakesh performed at the venerated venue, New York’s Carnegie Hall – accompanied by Ojas Adhiya on tabla and Taufiq Qureshi on percussion – on August 14. They will also perform at London’s Barbican, as part of Darbar Festival on October 16th.

Purbayan’s music consistently aims to bridge cultures as he searches for new voices, interpreting the classical approach in new and innovative ways. While Saath Saath sticks closest to the spirit and traditions of the ragas in style and sound, it’s also an evolution from Purbayan’s progressive take-on Indian classical music, an approach that began in earnest after a moment of epiphany on one of his many trips to California during the 1990s when he’d make musical pilgrimage and immerse himself at the Ali Akbar College of Music, founded by the great sarod master, Ustad Ali Akbar. It was during these visits, with some downtime, he first heard the sounds and far-out jazz of Ornette Coleman and asked himself, “Is it alright to enjoy this so much?" After much internal protestation, he realised, in order to deeply immerse yourself in tradition, one needs outside influence. And that conclusion has forever been enshrined through his work. Purbayan’s previous recording Unbounded Abaad from 2021 was a collaboration with banjo player Bela Fleck and the eminent Ustad Zakir Hussein among many others on a progressive jazz-rock opus.

Saath Saath was recorded in one or sometimes two takes, and the album’s progress follows the passing of day and night, with the first half of the album dedicated to the more soothing ragas about mornings – like in ‘Lalit’, which is the essence of a meditative morning – and languorous afternoons, like in ‘Madhuvanti’. The second half of the album explores the romance and emotions of dusk and night through ‘Yaman Madhya Laya’ and ‘Yaman Drut’. Purbayan and Rakesh have been friends for over two decades, and have steered a similar musical path, experimenting outside of the classical tradition. Literally meaning ‘doing something together’, Saath Saath brings Purbayan and Rakesh’s chemistry and friendship to the fore, and through their instruments, the sitar and the flute, show the intimate dynamism between the pair, two uniting souls.