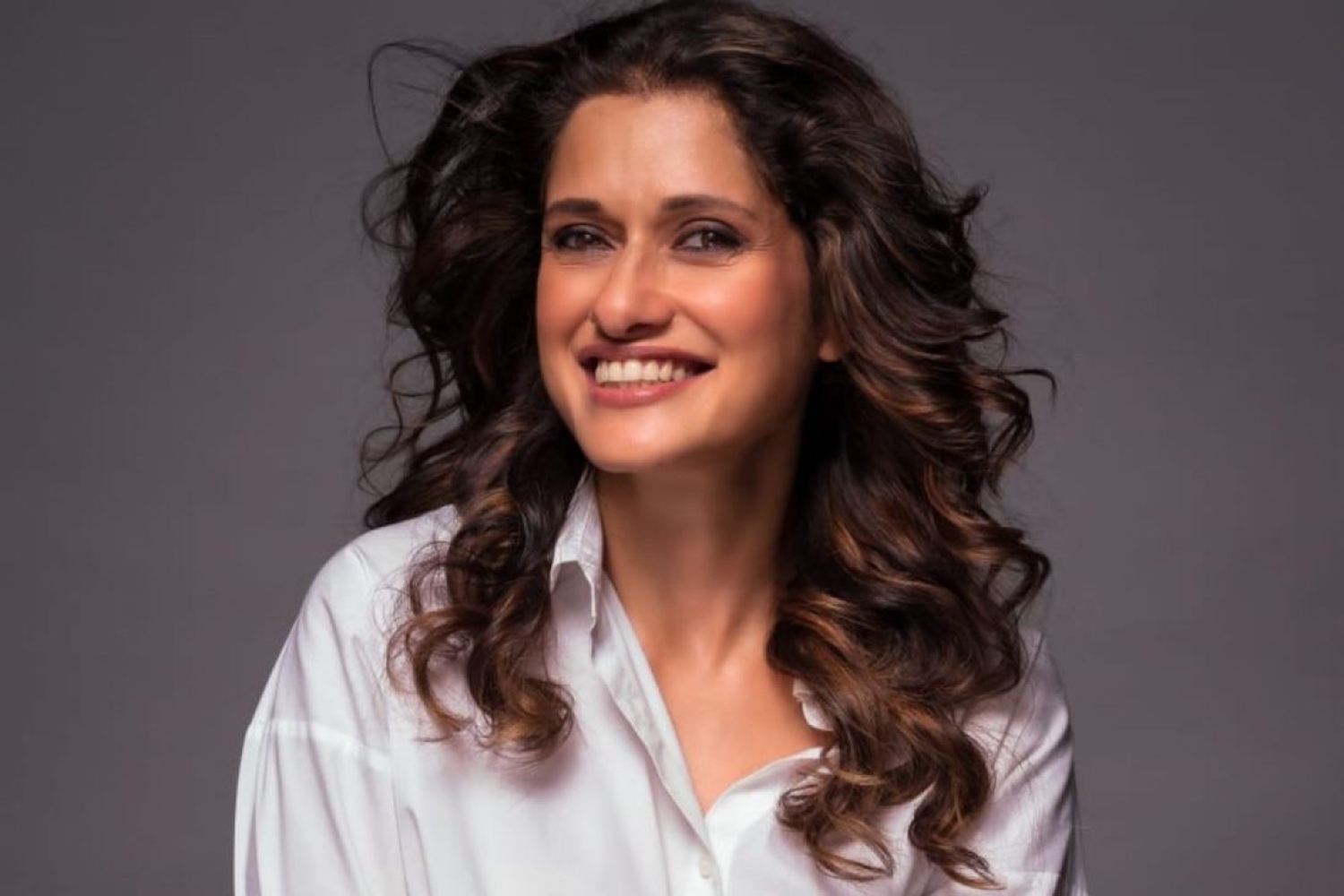 Vidushi Mehra’s extensive body of work in theatre has given her a solid command over the craft, leading her to give exceptional onscreen performances in films like No One Killed Jessica and 7 Khoon Maaf, among others. ‘There's a whole lot that I take, not just from the theater to the screen, but from the screen back to the theater as well. Screen teaches you subtlety and nuance, that can sometimes go missing in a grand theatrical performance. So I think it's a good balance,’ she says. The latest from her is Anurag Kashyap’s thriller, Dobaara, where she plays the role of a parent whose offspring is the prime suspect in a murder case.

We speak to her about the film and more.

How did Dobaaraa happen?
It’s a very interesting story actually. This film has taken almost three and a half to four years to get made. Pre-pandemic, this film was actually called Rewind. And I was auditioned then and I got the part. The casting director, Gotham Kani, is a lovely person, whom I've known for very many years. He cast me in a film called No One Killed Jessica in 2011. And he's somebody who is very well respected in the industry. He does very strong, meaningful films. He's very fond of the dark, gritty genres of filmmaking. Plus, while working with Anurag, you just have to put yourself in his hands. He's not one of those directors that will just place you in the film for no reason. You are there on his screen for a reason. And that's the biggest thing you take away from a man like Anurag Kashyap. It's always been my dream to work with him.

So, I auditioned and I got the part. Then, a couple of weeks later, I got a call from the production house in Bombay saying that Anurag has seen my audition. He likes it, but he'd liked me to audition for another part. So I ended up auditioning for both. And I eventually ended up getting the latter, which I'm very happy about. Rewind was the remake of a Spanish film called Mirage, which is actually an outstanding film and it was on Netflix for a long time. I love watching world cinema. So I ended up seeing Mirage long before any of this even materialised and I didn't know at the time that Rewind was a remake of the Spanish film. Then the pandemic stalled the film. In fact, from what I remember, the last conversations were that the film wasn't happening. It was canned. And that’s when my dreams came crashing down. But we all win some, lose some.

In February 2021, I got a call saying that they're reviving the film. And now it's not called Rewind, it's called Dobaaraa. Then I was told it's a remake of the Spanish film, which I'd seen much earlier. In March we started shooting. It was a long schedule in Pune. But it was worth it. We shot for twelve days and got out in the nick of time since it was just before the second wave hit and Pune was the first Indian city to impose lockdown.

Like you said, you always wanted to work with Anurag, how was it on set?
Firstly, as an actor, who's not from the industry, who doesn't live in Bombay, just to get a call from his office is big news. I was completely ecstatic. I mean, we all have heard rumours about the good, bad, ugly and genius of Anurag. For the public, we just read what we see, but what we believe is upto us. I’ve seen his earlier work, like Black Friday, among others. So obviously, when you've seen his films and you compare his films with the glossy stuff, there's a huge difference. I went with all these ideas in my head, but I was so surprised because he's the total opposite of anything that I had expected. He's like this big child trapped in an adult body. He’s very sweet, endearing, kind, thoughtful. I would say that he is the only director I've worked with in the industry who spends time with the supporting cast, who believes that if the supporting cost is handheld, the leads automatically look good. And it is through the supporting cast, that the story is told.

Can you talk a little about your character?
Anurag told me to be myself. He told me, ‘You’re a mother, so how would you react if your son came to you and told you something so grave?’ He told me to think about that. There was a lot of direction specifically for camera and lighting. He used to tell me, ‘You may be a very good actress, but you don't don't know your marks. You don't know your lighting. You don't know where the cameras are. You must get an understanding of that first.’ He was also very honest, as much as he was very sweet. He also gave it to people when they needed to be given, not as a scolding, it wasn't a scolding, but it was more like, ‘you must know this!’ Like he told me I must know where the lighting is. I must capture the light. My eyes should reflect the lighting. Either directors will take the pains to tell you that or they won't. 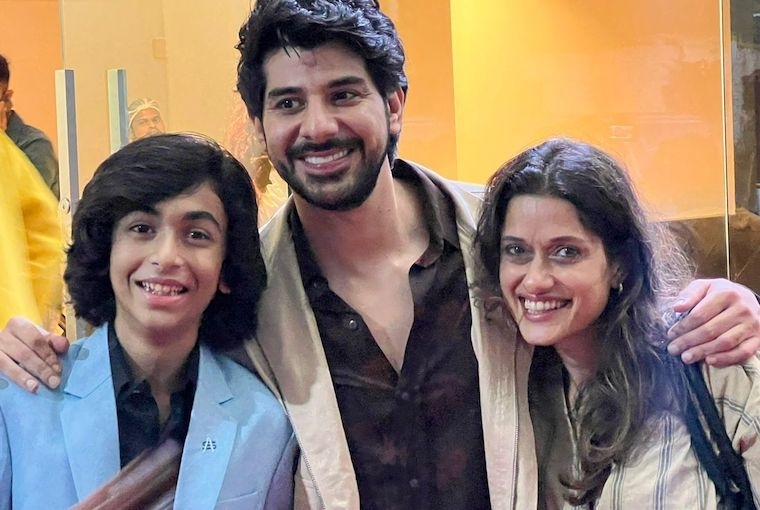 Are there any elements that you pick from theatre to perform better in front of the camera?
Even though both the mediums are entirely different, the source of acting comes from one place — authenticity. How do I remain authentic in my character for stage, as opposed to for film, is much easier because you have so much more to uplift your performance. You have lighting, the camera that captures you, your mood, your expression so quickly, there's a three-dimensional perspective because there are so many other stories that are told through the lens.

And for stage also, it's so human, because you make one mistake and it's over for you. The audience can and will know it's a mistake unless you're a very skilful actor. On stage, you can literally see the audience’s reaction. Unlike for film, where you have to wait for the movie to release. So there's an infinite number of differences, but again, an actor still comes from that line of thinking of how do I make my character believable? What do I do with my story? How do I bring in the tools of authenticity, interpretation, intention? What do I do with my dialogue delivery? And these are all common to both.

You actively take classes as an acting coach, how has the experience been so far?
I never intending to be a coach. And I think like everybody else, I was slightly threatened by what the pandemic was going to do to me and my career. Especially for someone who's not from the industry, I could just be forgotten. So I wanted to remain relevant and I wanted to remain creative, while I was depressed during the pandemic. But you know, a combination of wanting something and being in fear led to some thoughts. I started journaling these thoughts and they became like a course, which I now call the actor’s toolbox. It's essentially just all my personal experiences, everything that I've learned, right from the stage to in front of the camera. This is something I've deeply crafted over the last two years. And now it's a full-fledged course. It's a hybrid course. It has about thirty-five videos and it allows the actor to meet me once a week live. And it's a pre-recorded video course that an actor buys and has for life. It talks about all the tools of acting that I have learned, and it comes from a very personal space.

Is there anything else that you're working on right now?
I shot a web-series again for Ekta Kapoor, which is called Blackwood. That is also in the sci-fi genre. I play the Dean of a college in that series. And that should be out at some point next year.