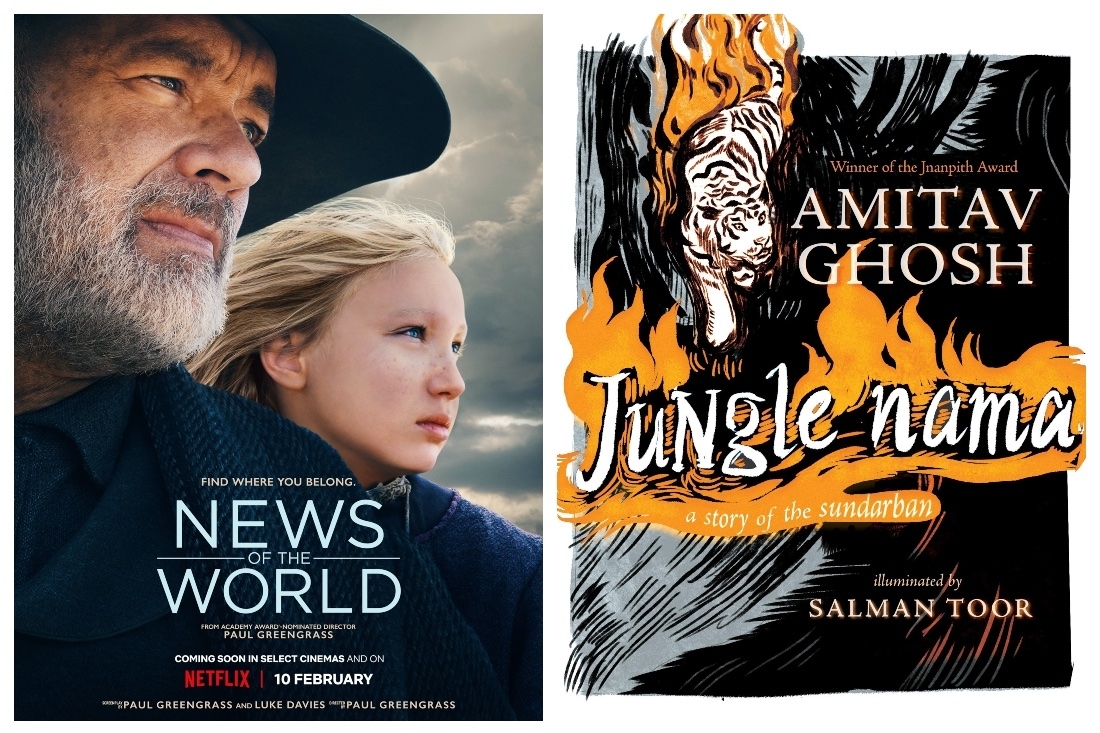 Jungle Nama: A Story of the Sundarban by Amitav Ghosh
Jungle Nama is Amitav Ghosh's verse adaptation of an episode from the legend of Bon Bibi, a tale popular in the villages of the Sundarban, which also lies at the heart of the novel The Hungry Tide. It is the story of the avaricious rich merchant Dhona, the poor lad Dukhey, and his mother; it is also the story of Dokkhin Rai, a mighty spirit who appears to humans as a tiger, of Bon Bibi, the benign goddess of the forest, and her warrior brother Shah Jongoli. The first-ever book in verse by Amitav Ghosh, Jungle Nama evokes the wonder of the Sundarban through its poetry, accompanied by stunning artwork by the renowned artist Salman Toor.

Unfinished: A Memoir by Priyanka Chopra Jonas
Unfinished takes readers from Priyanka's childhood in India, where she was raised by her grandparents and her parents-two army doctors committed not only to their children but to their careers and to philanthropy-before being sent away to boarding school at an early age; through her formative teenage years in the US living with extended family in the Midwest (Cedar Rapids and Indianapolis), Queens, and suburban Boston, where she endured bouts of racism; to her return to India, where she unexpectedly won the national and global beauty pageants (Miss India and Miss World) that launched her acting career. From her dual-continent twenty-year-long career as an actor and producer to her work as a UNICEF Goodwill Ambassador, from losing her beloved father to cancer to marrying Nick Jonas, Priyanka Chopra Jonas's story will inspire a generation around the world to gather their courage, embrace their ambition, and commit to the hard work of following their dreams.

The City of Good Death by Priyanka Champaneri
Winner of the Restless Books Prize for New Immigrant Writing, Priyanka Champaneri’s transcendent debut novel brings us inside India's holy city of Banaras, where the manager of a death hostel shepherds the dying who seek the release of a good death, while his own past refuses to let him go. Told in lush, vivid detail and with an unforgettable cast of characters, The City of Good Death is a remarkable novel about family and love, memory and ritual, and the ways in which we honor the living and the dead.

No Straight Thing Was Ever Made: Essays on Mental Health by Urvashi Bahuguna
Through these deeply honest essays that move between personal narratives, anecdotes from conversations and research-driven storytelling, Bahuguna traverses the opportunities and roadblocks that come her way with the tools she has available to her. From a writer of astonishing talents, No Straight Thing Was Ever Made bravely discusses the many facets of living with mental illness.

Malcolm & Marie
Zendaya and John David Washington feature in this black and white Netflix film that was filmed through the pandemic at Caterpillar House in California. The movie follows a filmmaker returning home and the pair’s relationship problems come to the surface during a tense evening.

News of the World
Tom Hanks and Paul Greengrass reunite for the first time since Captain Philips for this historical action movie set during the Civil War in the USA. It follows Captain Kidd (played by Hanks) and a young girl who go on a dangerous journey in the hopes of finding a place they can call home. The film will release on Netflix.

I Care A Lot
This movie headlined by Peter Dinklage, Rosamund Pike, and Eiza González was a high-profile pickup from the TIFF festival in September 2020. The comedy thriller written and directed by J Blakeson follows a legal guardian who is seemingly conning her elderly clients but gets found out.

The Girl on the Train / Mira
This Hindi adaptation of the novel, The Girl on the Train, is set to raise a lot of eyebrows when it releases at the tail end of February on Netflix. The movie is directed by Ribhu Dasgupta and stars Kirti Kulhari, Aditi Rao Hydari, and Parineeti Chopra. 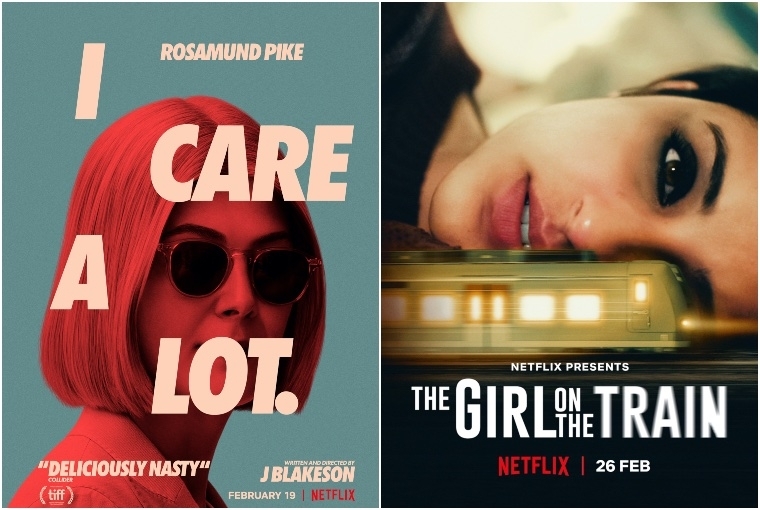