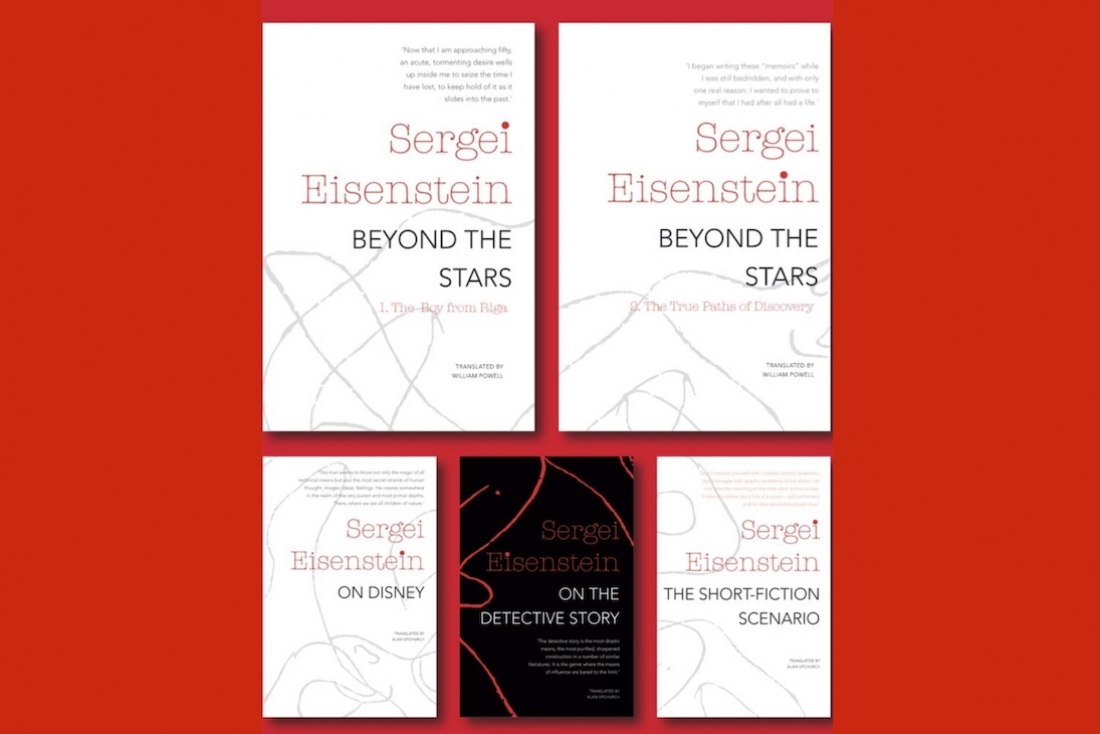 Few figures in cinema history are as towering as Russian filmmaker and theorist Sergei Mikhailovitch Eisenstein (1898–1948). Not only did Eisenstein direct some of the most important and lasting works of the silent era, including Strike, October, and Battleship Potemkin, as well as, in the sound era, the historical epics Alexander Nevsky and Ivan the Terrible — he also was a theorist whose insights into the workings of film were so powerful that they remain influential for both filmmakers and scholars today.

Seagull Books is embarking on a series of translations of key works by Eisenstein into English. A fascinating memoir in two volumes, Beyond the Stars — first published by Seagull in 1995 and now available again. Begun as Eisenstein approached fifty, it is full of the famous names of his era, including Charlie Chaplin, Mary Pickford, John Dos Passos, Jean Cocteau, and many more; at the same time, it is a serious book of inquiry about film as a medium, offering countless reflections by Eisenstein on his own work and that of other movie pioneers.

On Disney, which was begun in 1940 but was never finished, was part of a series of essays Eisenstein wrote on masters of cinema. For Eisenstein, Walt Disney offered a way to think about how such impulses and animism and totemism survived in modern consciousness and art. This edition presents the original, unfinished essay along with material on Disney that Eisenstein worked on in subsequent years but never succeeded in integrating with the original.

The Short-Fiction Scenario presents a master-class on turning a short story into an effective film. Delivered as a series of lectures at the State Institute of Cinematography, it details two parallel scripts drawn from the same story. At each point of difference, Eisenstein explains why one works better. On the Detective Story, on the other hand, presents Eisenstein’s elaborate study, in four essays and fragments, of the use of dialectical thinking in the creation of art and literature. Drawing on major works from Shakespeare, Tolstoy, Balzac, Gogol, Mayakovsky, Dostoevsky, and more, and ranging from folk tales to contemporary detective stories, it shows the keenly analytic quality of Eisenstein’s mind when it turned to questions of creative work.

To promote an environment-friendly approach towards living, we bring you a curated list of homegrown labels that provide handcrafted soaps, shampoo bars and skincare

Happy Diamonds tell the story of a world on the move, in which diversity, freedom and radiance are conveyed like a burst of laughter.

In conversation with Dia Mehhta Bhupal about her community engagement initiative, inspired by the quilting tradition that is often associated with solidarity.