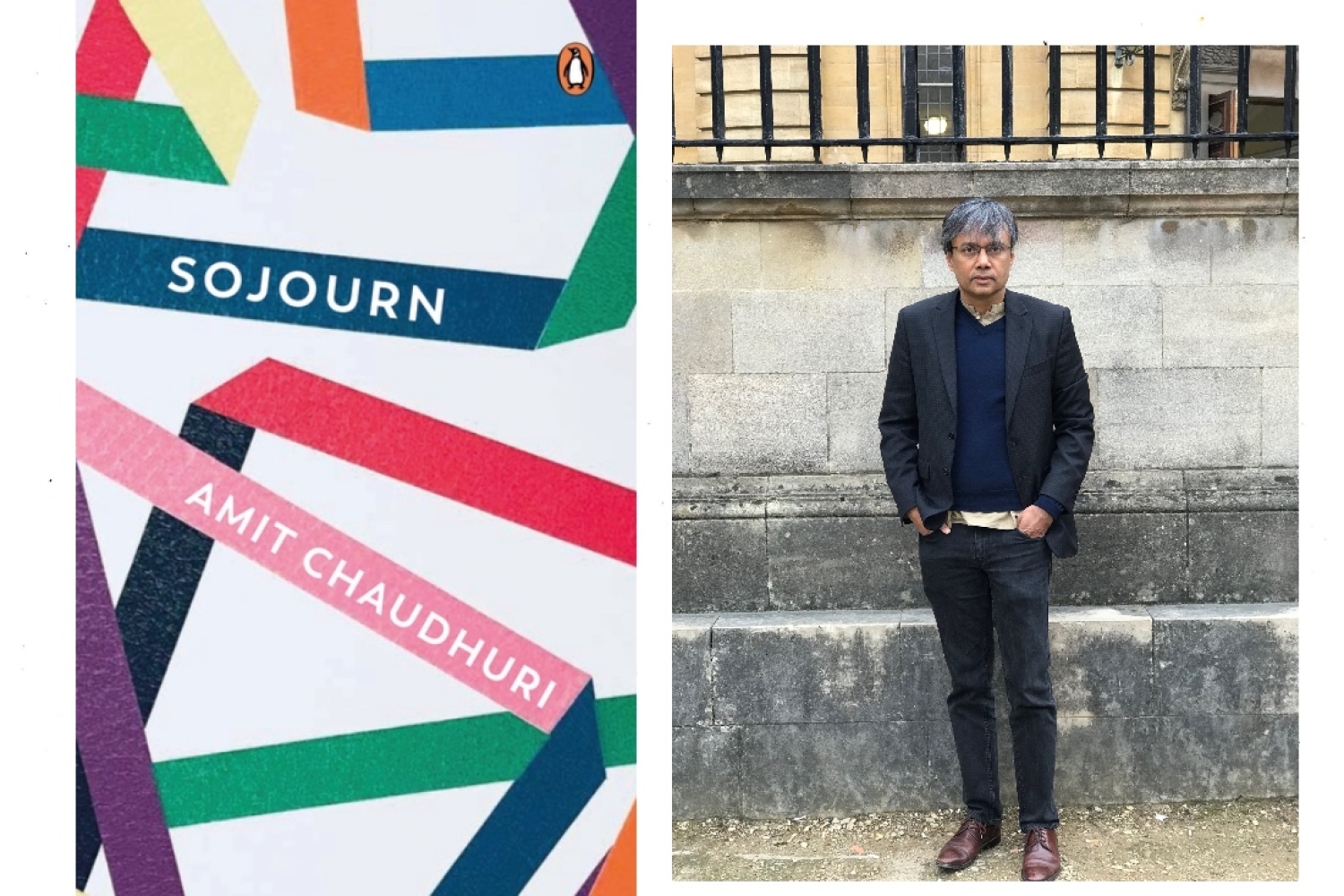 “I am concerned about the inexorable progress of capitalism and its hold on everything we do. Every year it just gets worse and worse, whether it is through the smartphone or social media. Capitalism’s latest form is not just information technology but surveillance. And it depends on all of us cooperating with its operations. And the pandemic, basically any crisis, is kind of an ambiguous thing because it pushes us into a corner on one hand, and on the other hand you wonder whether the crisis will shake the foundations of whatever order that had existed that you found problematic or oppressive. With capitalism you realise that no crisis shakes its foundations. That each crisis becomes part of the further consolidation of the order. Something similar happened with the pandemic too. It was used by the order,” Amit Chaudhuri, one of the most eminent writers of our time, enlightens not just me but the world at large as we near the end of our conversation over Zoom. It was a fitting conclusion to our hour long interview, that proved to be one of the most insightful discussions I’ve had on writing. While I connected with him to know more about his new book, Sojourn, we spoke about much more, delving deeply into his art of fiction. Excerpts follow:

What do you gravitate towards in a story?
I gravitate towards what looks outwardly like a still scene or a scene in which nothing much is happening, but in which actually a lot is going on, not in the conventional sense of how we understand an event, but a lot is happening which we generally can consign to the periphery of what we call a story. We usually privilege story over life. Generally speaking, a story is something unusual and exceptional that happens to a protagonist, life is what is quietly happening around him. To me, that which is on the periphery is where the excitement lies.

And after all these years, how would you describe your relationship with writing?
After thirty years or so as a published writer, many things are clearer to me now as to why I decided not to embrace the realist novel – the novel with character, plot and psychological development. Why I was not interested in the novel of the nation, why I was not interested in the big, global novels. When I started out with A Strange and Sublime Address, following that with Afternoon Raag, why I was compelled to write the way I did was not entirely clear. It’s clearer now as to why I took the decisions I did. I’ve been able to think more about what is it that makes a work of fiction a work of fiction, and what is it that makes it compelling. What is it that we call fictionality? Is it just kind of inventing a character, bringing them into existence out of thin air? Is there something else that kind of makes a novel exciting, besides story and even character? What is it that absorbs us when we read? I’ve been able to think more about these things.

Could you give us a glimpse into your writing process?
Almost every day in my life will have some part of the day set aside for music — music practice or something to do with music. There are also the various kinds of writing that I do. So some of the day might be set aside towards writing an essay or thinking about an essay. But as far as writing fiction is concerned, I write paragraph by paragraph. I take breaks, so I don’t write every day. Just as I don’t do my music practice every single day, because the voice gets tired, similarly, at least where

I’m concerned, some part of you gets jaded or tired if you professionalise writing and try to produce something every day. I try to come back to it with a certain degree of freshness. I begin with a vague idea of what it is that has set me off, what it is that I want to explore. Some visit somewhere or something which to all extraneous purposes is insignificant, but has assumed a kind of significance for me. And I suddenly have a perspective on it, which I can only address through the act of writing and exploring that kind of sudden alteration in my perspective of what happened, even though nothing has happened. So I’ll begin on that often after having thought about it for years, you know, as to whether I should start. Once I start, the paragraph, for me, is the basic unit. It must have its own life and integrity. Then I’ll go back to it and I’ll revise it because it’ll be unreadable the way I wrote it. So I’ll revise it and then I’ll take the cue from that paragraph as to where to go next; whatever I might have had in my head about where I should have gone next, I’ll set that aside in favour of what the present paragraph that I’ve written is telling me about what to do next.

I write mainly at home. I can’t write in an office, but I write at various spots at home. So I might move from bedroom to sitting room over there. There are times when I need absolute quiet in my immediate surroundings. But generally speaking, I don’t mind a degree of movement and sound around me. Complete silence in my environment is something that I find unpleasant. And often I write standing up or walking from one place to another. That happens because I find movement and motion sort of helps intensify and clarify things. I continue to write long hand. Sometimes I write essays straight onto the computer because you need to meet deadlines for shorter pieces. But I type with one finger only. When it comes to a novel or a poem, I never type it out. The first draft is always written by hand.

What was your point of entry into writing Sojourn?
There would’ve been several things, but I think it was probably this idea that a foreign city, and its history, might appear to be mysteriously familiar and might appear to be a place you have visited before. And that familiarity might bring with it a sense of immersion in a city and a history which, to all outward purposes, you don’t really know very well. As you experience these moments of immersion in that history, maybe you lose some part of what you thought was your sense of who you are yourself. That the assumption of who you are and where you come from becomes less strong, becomes secondary. And it’s almost as if you begin to live in, on some level, a new life, which is also the continuation of an old life, which you had never known. The impetus here comes from the fact that we grew up in a world preceding globalisation. We grew up in the world of modernity, and that world has disappeared with the fall of the Berlin Wall. Yet we never knew it would disappear. However, at certain points of time, disorientingly, you might find you’re in a place and experiencing a moment when you feel that vanished world hasn’t disappeared. That you’re still in that world, but not in the sense of occupying a time-warp, or having gone back in time.

To read our full interview with the author, buy a copy of our May 2022 Bookazine here.