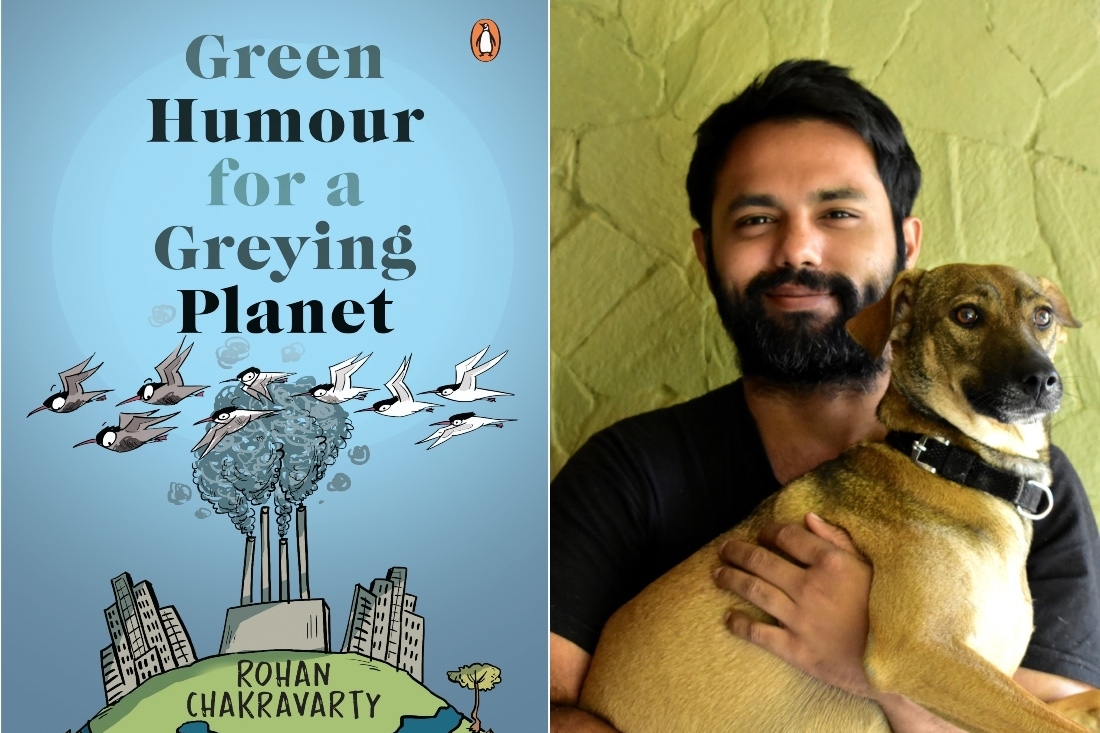 Green Humour for a Greying Planet

In 2018, I connected with Rohan Chakravarty, to feature him in our magazine after reading the amazing comic strips he created to both entertain and inform. Rohan’s Green Humour has consistently been one of the most read and appreciated wildlife cartoon columns in the country. With every comic strip he evokes both laughter and thought regarding issues that threaten our nature. Now, most of his brilliant work can be read in one place with the release of his new book, Green Humour for a Greying Planet. Hence, we reconnected with him to know more about the book and its making.

Platform had the privilege of speaking to you first sometime in 2018. Could you tell us a little bit about your work and evolution since then?
Thank you for that interview, Nidhi, and for reconnecting! I have grown a little older since then, and I hope a little wiser too. I brought out my second book Bird Business in 2019, which has been received quite well, and was the runner-up for Best Illustrator at the Publishing Next Awards. I have had the opportunity to work with some wonderful organizations, both in India and abroad in this period, such as the Save Our Seas Foundation, Birdlife Europe, Forest Departments of Sikkim, Himachal Pradesh, Andaman & Nicobar, Purpose, ICLEI and WWF, and have learned immensely in the process. I have also found representation with Cartoonstock, an international cartoon syndication service in the US. Now that my hair has begun to grey, the title of my latest book Green Humour for a Greying Planet, feels a bit metaphorical!

How was your book Green Humour for a Greying Planet conceived?
I first came up with the idea of a compilation of my work in 2012, and looking back I think that it was way too ambitious then. My portfolio wasn't substantial and naturally, it led to several rejections, until I gave up on it. Many years later, after the readers of my newspaper columns started demanding for a single place to read all my work, I revived the idea, and this time my portfolio had enough substance to bring Penguin on board. I really owe my thanks to all the publishers who rejected the book nine years back, because the publication would not have taken its current shape and form otherwise! 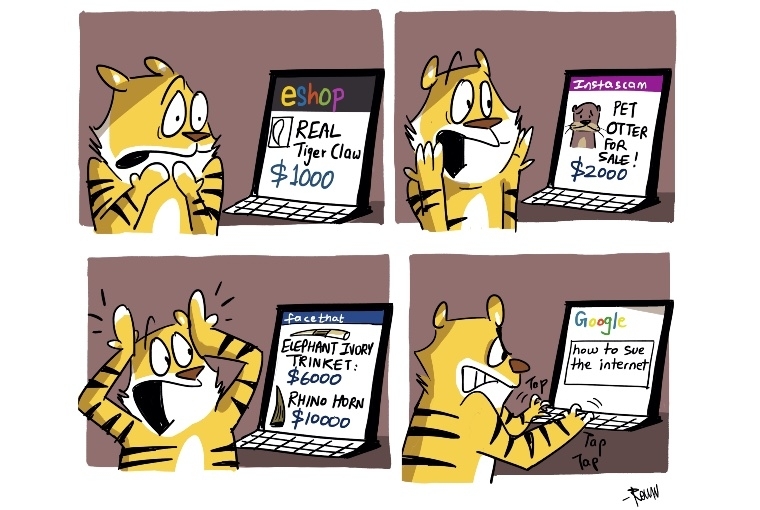 Since you’ve had to put together years of work in this book, what was your curatorial and creative process like behind creating it?
It was rather simple. I sent a 1GB heavy PDF with all my cartoons in it, completely flummoxing my editor Mr. Premanka Goswami. He then had to ring me up and explain that an effective book cannot be 800 pages long. The tussle over the length of the book continued for months until I finally gave up, shortlisted 250 cartoons, organized them into chapters, and sent the material back to the edit table. I was lucky to be assigned the ace designer Ms. Devangana Dash to my book (who is an award-winning illustrator as well) and it is largely because of her that the compilation looks so neat and crisp. Now when I read the book, I thank Premanka for his consistent efforts to knock sense into my head!

What were some of the challenges you faced with this debut venture?
My biggest challenge was to part with so many cartoons that did not make their way into the book! There was also the dilemma about whether or not to include cartoons and comics that have faced furore and backlash by readers on social media. I think I have learned to develop a thick skin over the years, so I decided to retain most of the controversial ones.

What do you hope the readers take away from this book?
I only want the reader to enjoy the cartoons, just as they would any comics compilation. The environmental awareness that may result in the process will be a merry byproduct. I have also seen people from diverse backgrounds engage with my work over the years and become an active part of the discourse around matters of conservation. I hope that the book will amplify this impact. 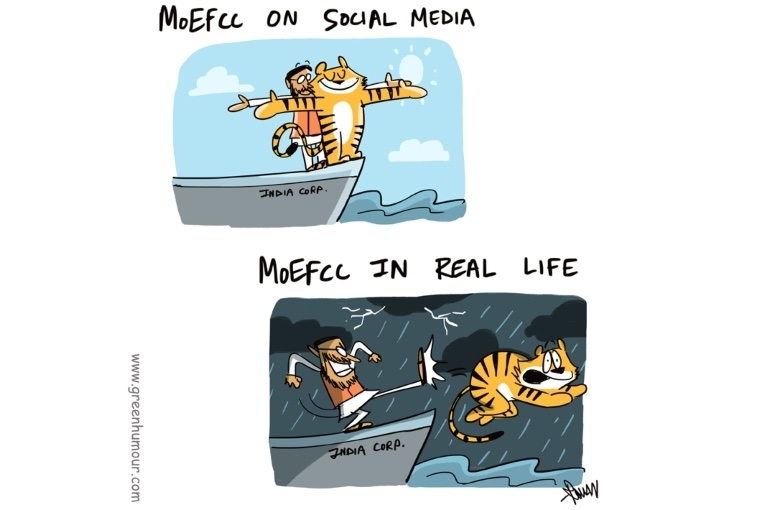 How have you been coping with the pandemic and how has it affected you as an artist?
I have had a work-from-home routine for the last six years, so nothing has changed on that front, but yes, the air of gloom that the pandemic has cast, has of course had an emotional impact. I have tried to put my art to use during COVID's resurgence, donating the funds from the sale of my posters to the COVID relief efforts by a few environmental NGOs.

Lastly, what’s next?
My most exciting project in the pipeline is another comic book with Penguin, which is a series of detective stories based in nature.I hope that the book will see the light of the day before the year ends.