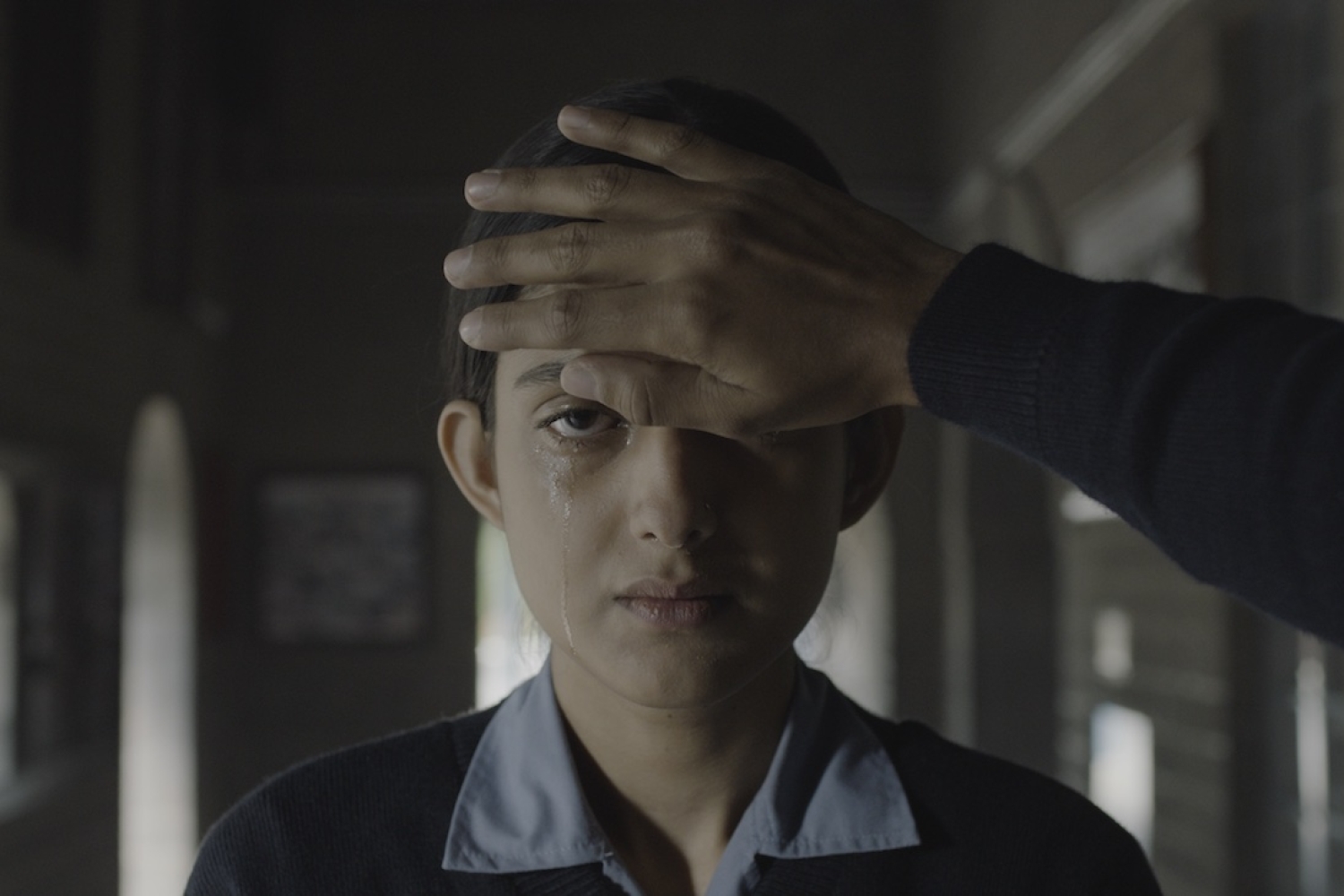 Rahat Mahajan’s Meghdoot is a fascinating exercise in mythopoeia. It spans across time and space and amalgamates theatre, paintings and filmmaking, seamlessly, to create avisually visceral masterpiece. At the heart of it, is the love story of Tarini and Jaivardhana (JV), riddled with tribulations and universal in its appeal. However, it is in the telling of the story where the film triumphs. The modern myth that Rahat endeavours to create becomes the most compelling when you unfurl the elements that have been employed in its creation and composition. Each element has a place and each word spoken, each visual shown on the screen, each gesture is rife with meaning and beauty. Meghdoot is a sensory experience that engages you, engulfs you and then entraps you, leaving you with an enchanting experience for a long time.

Let’s begin with time. “The whole film is a play between time and timelessness,” says Rahat. Whether it is the jumping of various timelines, the use of photography to capture time eternally, or the timelessness of Tarini and Jaivardhana’s love story, time and timelessness are constantly at play in the film. A fascinating instance is when we see Tarini and JV conversing and while their conversation flows continually in the background, the space they occupy changes with almost every sentence uttered. “Since I had to show the majority of the relationship between the two protagonists within a short span of time, I invented this technique I call fleeting moments, where I compressed a long timeline within a few moments. So time and space shift constantly, without any sense of linearity or logic and just become the body carrying an intimate conversation between the two lovers. In this space of liminality, where time and timelessness meet, the protagonists and the viewer are both left with just the emotion and both physical space and time are transcended. And yet, it feels so real, that at no moment does it feel abstract,” explains Rahat. 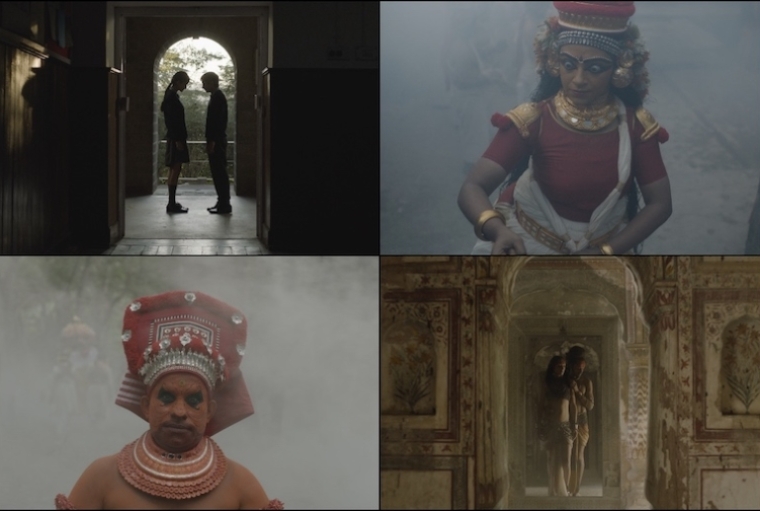 Space, similarly, is a significant aspect in Meghdoot. There are different realms -- mortal and divine. Then there are topographical elements of the mountains where, in the mortal realm of the Earth, JV and Tarini are studying at boarding school. There is water (the timeless ocean and the swimming pool), a large tree and a hill upon which a temple is dedicated to Hanuman, as Hindu mythology suggests he stepped on it. All these spatial elements are essential to the story and borrow heavily from the filmmaker’s own life. The boarding school, The Lawrence School Sanawar, is the very school where Rahat studied and the initial roots of Meghdoot’s story are steeped in his own experiences at school.

Similarly, a disconcerting yet epiphanic drowning experience of Rahat’s finds form in the film with the use of the water elements. The tree is another profound facet of the film. Before the film begins, the line ‘to all who sat on this tree and disappeared into the mist of time’, appears on the screen. When I ask Rahat about the significance of this line, he tells me it is a message of gratitude for the people who were involved in the making of the film and have either left in the process or passed away. “I feel the tree of the film is where many birds have come and sat and then flown away. So, I was honouring the people in a certain sense that while they’ve all disappeared into the mist of time, I am gratefulthat they helped weave this song as without each one of them, it would not be the same,” shares Rahat. 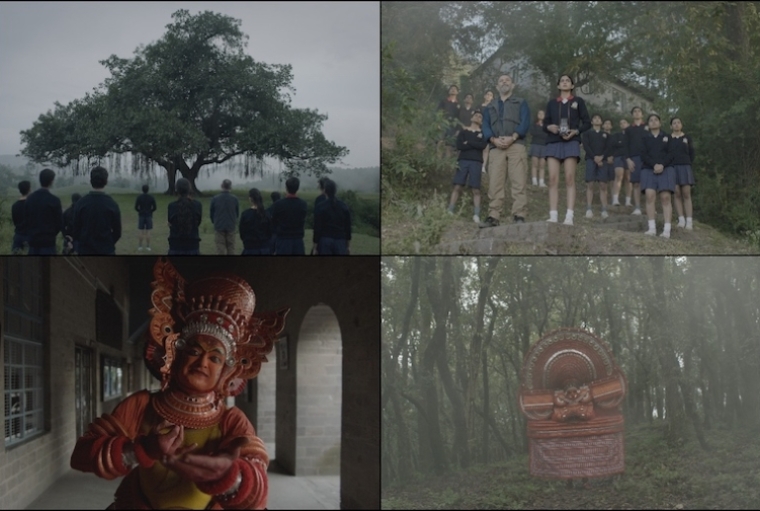 When one comes down to the narratorial tools of the film, theatre plays a central role. The film opens with the shot of a Kutiyattam performer, who is essentially the narrator of the tale we’re being told. Kutiyattam is one of the oldest forms of theatre, a performing art form that propels the storytelling in Meghdoot. The film also employs the forms of Theyyam and Kathakali in places, however, Kutiyattam, performed by Kapila Venu, is dominant and splendid. Rahat tells me more about this fascinating aspect of the film, “I had a dream about a Kutiyattam performer when I was writing in 2010 and I kept it in all my drafts. Also, Kutiyattam is a very slow form of storytelling. So, we had to be very careful about how to calibrate it in the film, by still maintaining a balance, so that we don’t just use the form as a decorative thing. It had to have that communicativerespectability in the film without making the film too draggy and making the storytelling lose its space.” With the help of Kapila Venu, Rahat has managed to do exactly what he had ventured to achieve, remarkably. At no point does the performativity feel like an ornamental aspect of the film. It is integral to its very fabric and elevates the storytelling immeasurably.

I was intrigued by the paintings used in the film that enhanced the mythological mysticism. Rahat tells me the paintings, some created specifically for the film, are rooted in the traditional painting forms of the mountains and were meant to lend authenticity to the myth. It certainly does so. The juxtaposition of the characters, the performers, the topographies, the paintings, ultimately coalesce and seep curiously into your suspension of disbelief. Simultaneously, the use of music and the verbal vigour of Sanskrit is equally powerful. Together, all your senses are paradoxically overwhelmed yet steadily engaged, making the film an avant-garde marvel. 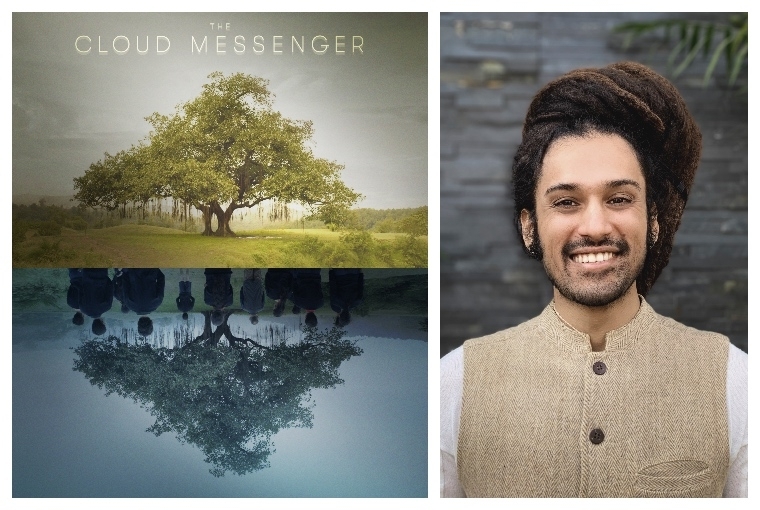 Conclusively, Meghdoot is perhaps its filmmaker’s coming of age as an artist. His own rite of passage. Rahat reveals, “Within the time of making this film, since 2011, the amount of challenges that have come my way made me feel like it was impossible to finish this film. However, the script has been the passage of my own becoming. It’s been the purest source of my expression. I’ve expressed most of my emotional transitions through it. The mountain that JV is climbing in the end is my mountain that I am climbing to finish the film. Once I reach the top, I would be able to release my breath. And it’s still happening. I’m still at the very last few steps.” By last few steps Rahat means that the film is still awaiting its proper world premiere. While the film did compete for this year’s International Film Festival Rotterdam’s Tiger Award, the film was shown exclusively to the jury members and the media and it wasn’t the final version of the film. As we spoke, Rahat was still adding the final touches to the film and was eager to explore ways in which he could let the film reach a wide audience, as it rightly should.

This article is an all exclusive our bookazine. To read more such articles, grab your copy here.

We learn more of the filmmaker's directorial debut and the challenges she faced.