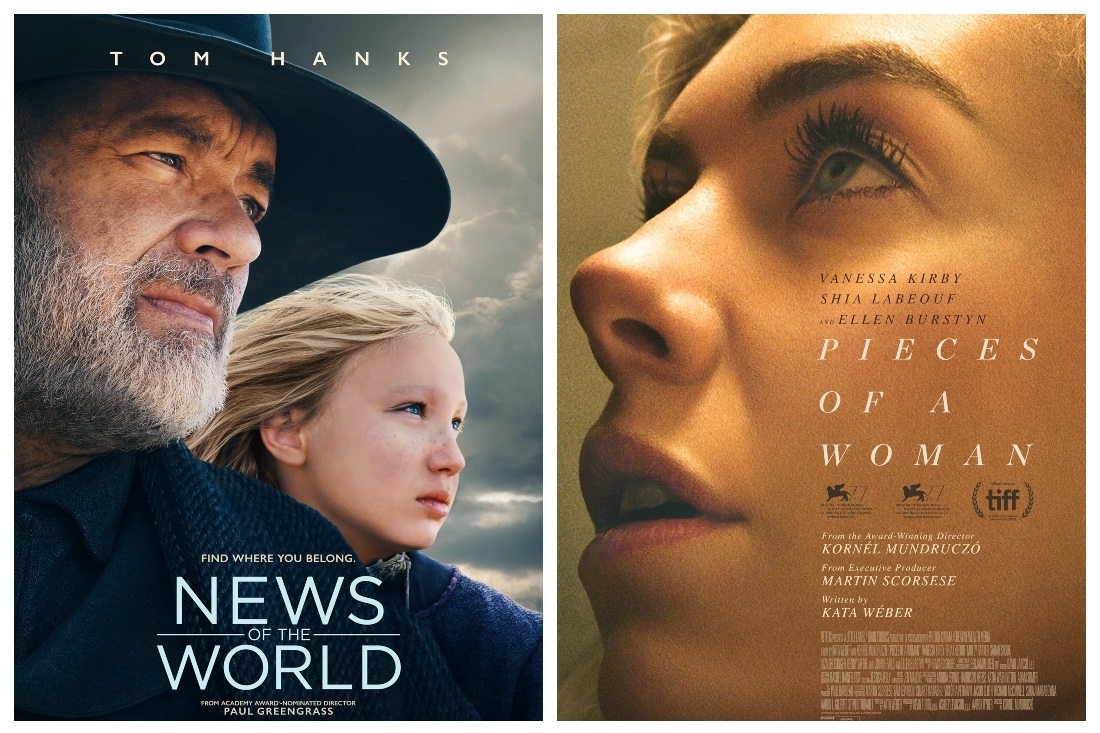 Oscar season is upon us. Following the year that was, when theatres were shut and most films were streamed on OTTs, many Academy Award nominees were also OTT releases. As we inch closer towards getting to know who’ll win the most celebrated award in film history, we’ve curated a list of feature films streaming on OTTs, that are in the running for the Academy Awards this year.

Mank
Mank is a 2020 American biographical drama film about writer Herman J. Mankiewicz directed by David Fincher, based on a script written by his father Jack Fincher. The story centers on the life of Herman J. Mankiewicz as he wrote Citizen Kane, and the problems that arose with Orson Welles during production and leading up to the film's release.

The Trial of the Chicago 7
The Social Network writer Aaron Sorkin assembles an ensemble cast made up of Yahya Abdul-Mateen II, Sacha Baron Cohen, Joseph Gordon-Levitt, Michael Keaton, Frank Langella, Eddie Redmayne, Mark Rylance, and Jeremy Strong to depict the lives of seven anti-Vietnam War protestors who were charged with conspiracy and inciting riots in 1969.

Sound of Metal
Sound of Metal is a 2019 American drama film starring Riz Ahmed as a metal drummer who loses his hearing. It also features Olivia Cooke, Paul Raci, Lauren Ridloff, and Mathieu Amalric. The film was directed and co-written by Darius Marder.

The White Tiger
Priyanka Chopra and Rajkummar Rao are supporting acts in Ramin Bahrani's adaptation of Aravind Adiga's Booker Prize-winning novel of the same name, which follows an ambitious man (debutant Adarsh Gourav) from the so-called lower castes who starts work as a driver for a rich family (Chopra and Rao). The White Tiger dissects the severe class issues that run through India. The film will release on Netflix. 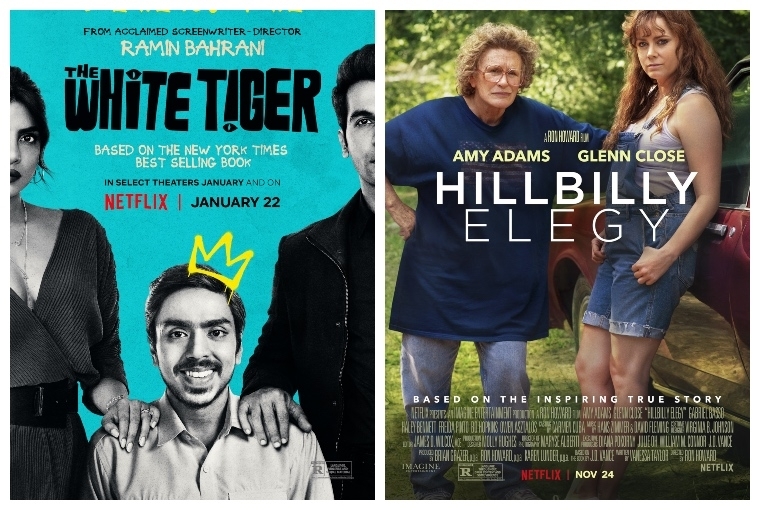 Ma Rainey's Black Bottom
Ma Rainey's Black Bottom is a 2020 American drama film directed by George C. Wolfe and written by Ruben Santiago-Hudson, based on the play of the same name by August Wilson. Produced by Denzel Washington, Todd Black and Dany Wolf, the film centers on a fateful recording session of "Mother of the Blues" Ma Rainey in 1927 Chicago.

Pieces of a Woman
Vanessa Kirby won best actress at Venice Film Festival for her role in this Netflix drama from Kornél Mundruczó. After a home birth ends in tragedy, a woman (Kirby) must deal with her husband (Shia LaBeouf) and her domineering mother (Ellen Burstyn), and navigate a trial involving the midwife (Molly Parker). The film has been highly praised as an outstanding study of grief.

Hillbilly Elegy
Hillbilly Elegy is an American drama film directed by Ron Howard, from a screenplay written by Vanessa Taylor, based on the 2016 memoir of the same name written by J.D. Vance. The narrative is a modern exploration of the American Dream through three generations of an Appalachian family.

Borat Subsequent Moviefilm: Delivery of Prodigious Bribe to American Regime for Make Benefit Once Glorious Nation of Kazakhstan
A sequel to 2006's Borat: Cultural Learnings of America for Make Benefit Glorious Nation of Kazakhstan, the film stars Sacha Baron Cohen as the fictional Kazakh journalist and television personality Borat Sagdiyev, and Maria Bakalova as his daughter Tutar, who is to be offered as a bride to Vice President Mike Pence during the COVID-19 pandemic and the 2020 presidential election.

Soul
Soul is a 2020 American computer-animated fantasy comedy-drama film produced by Pixar Animation Studios and released by Walt Disney Pictures. The story follows a middle school music teacher named Joe Gardner, who seeks to reunite his soul and his body after they are accidentally separated, just before his big break as a jazz musician. Soul is the first Pixar film to feature an African-American protagonist.

News of the World
Tom Hanks and Paul Greengrass reunite for the first time since Captain Philips for this historical action movie set during the Civil War in the USA. It follows Captain Kidd (played by Hanks) and a young girl who go on a dangerous journey in the hopes of finding a place they can call home.

Tenet
Tenet is a 2020 science fiction action-thriller film written and directed by Christopher Nolan, who produced it with Emma Thomas. The film follows a secret agent who learns to manipulate the flow of time to prevent an attack from the future that threatens to annihilate the present world.

In conversation with Sanya Malhotra about her latest Netflix film Pagglait, cinema and more.