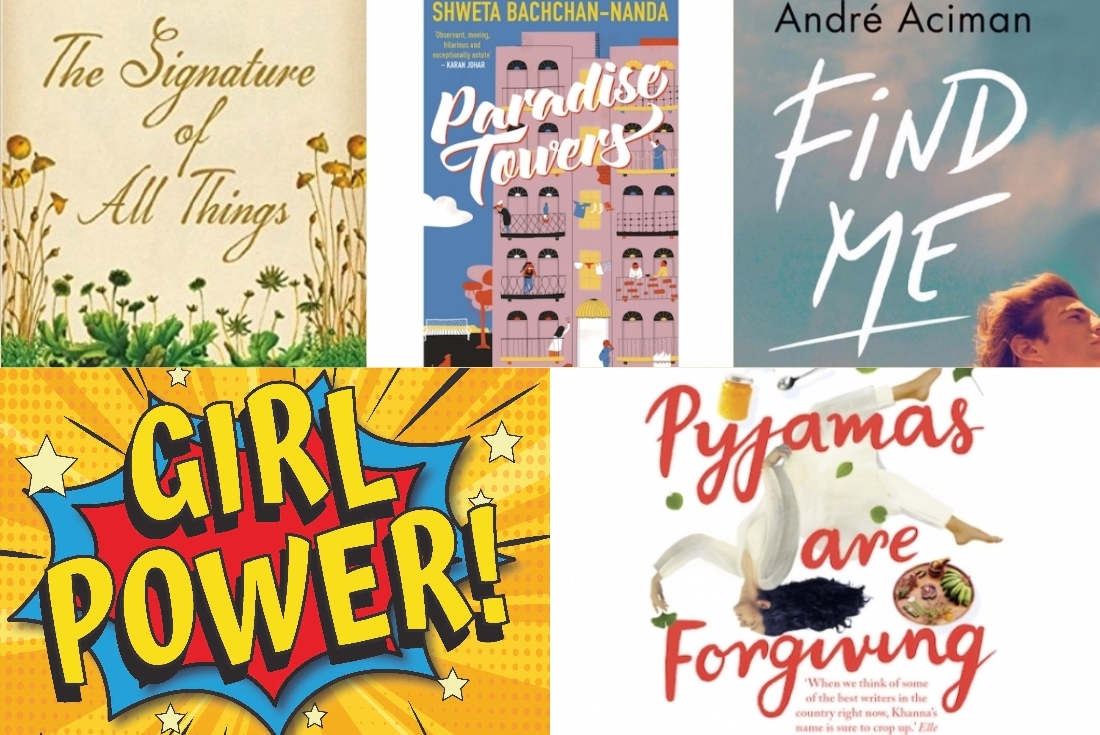 It just doesn't feel right to pick up a serious read during these daunting times for a lot of us. Many of us are stressed and scared about the pandemic and rightfully so. Team Platform has you covered. We have curated a list of fiction that will help you get your mind off things and definitely guarantee some inspiration and a laugh or two along the way. Take your pick:

Pyjamas are Forgiving:
‘The book answers the question of why in the title literally because the story revolves largely around the physical presence of this piece of clothing. And figuratively about how we sometimes tend to be too accommodating and forgiving, and have a longer drawstring than we should.’  -Twinkle Khanna

Find Me:
‘I was always going to do a sequel, it just wasn’t coming through because it felt like I was writing Call Me By Your Name all over again. At some point I just stopped and threw everything out and I am glad I did because eventually I became interested in the relationship between Samy and Miranda. Once I had that down, I decided that this man is going to meet his son, Elio, in Rome. After this was done, everything else just fell into place. It allowed me to go and see later what Elio was doing in Paris and what Oliver was doing in New York City. Eventually both of them had to come together. Well, part of the book was an attempt to explain, as I like to say, that time is happening to them. They are both conscious that a lot of time has gone by but that certain things have not been necessarily touched by time. They have changed, they have aged, yet something of their early years has remained with them. I believe this is in fact true because certain things in our life don’t go away and stay the same, as if we have not moved from them at all. This is why the vigils in the novel are very important because they are an attempt to restore time.’  -André Aciman

Paradise Towers:
'I grew up in Bombay, shadowed not so much by trees, but by buildings. I was a shy child and prone to daydreaming, I would stare out of my window all day long into the buildings around me and wonder what life would be like for its residents. The building is the protagonist of my story, it is symbolic of any cosmopolitan city in the world. A home to many diverse people and cultures who are forced together and have to pull along. I love people watching. I am happiest at a party sitting somewhere watching people. I've done it for so long now that I can recognise "types" of people/personalities. I drew on this huge bank when writing Paradise Towers. - Shweta Bachchan-Nanda

The Signature of All Things:
'Apart from my boldness, I’ve become a very passionate gardener. My parents gifted me my great grandfather’s copy of Cook’s Journeys, a 1784, illustrated edition of Captain James Cook’s voyages. As a child, I had scribbled my name on it with a red crayon (totally destroying it’s value). I think my four-year-old self was sending my forty-two-year-old self a message! I started reading about Captain Cook, and found that apart from being this great navigator, he also travelled with a botanist and took a great interest in the subject. It just clicked and The Signature of All Things was born.' - Elizabeth Gilbert

Girl Power:
'Rebel Girls came out and my daughter, who was seven at the time, was obsessed like many other girls. As a mother I was so happy that she was reading inspirational stories of other women from all over the world. One day she came running in clutching this beloved copy and asked, “Are there only two rebel girls from India?” She was right, there were two very significant women, Mary Kom and Rani Lakshmibai, and that got me thinking that there are so many stories that our children have not processed and if they have, they might have accessed them in a very textbook kind of way, which isn’t a very inspirational way to teach and remember. So I wanted her and kids like her, who are interested in reading, to have access to these stories in a really fun way. For me one of the things I was very clear on the outset was that I did not want this to be a list of just accomplished women. I wanted this to be an anthology of a particular kind of Indian woman who broke the rules.' - Neha Hiranandani